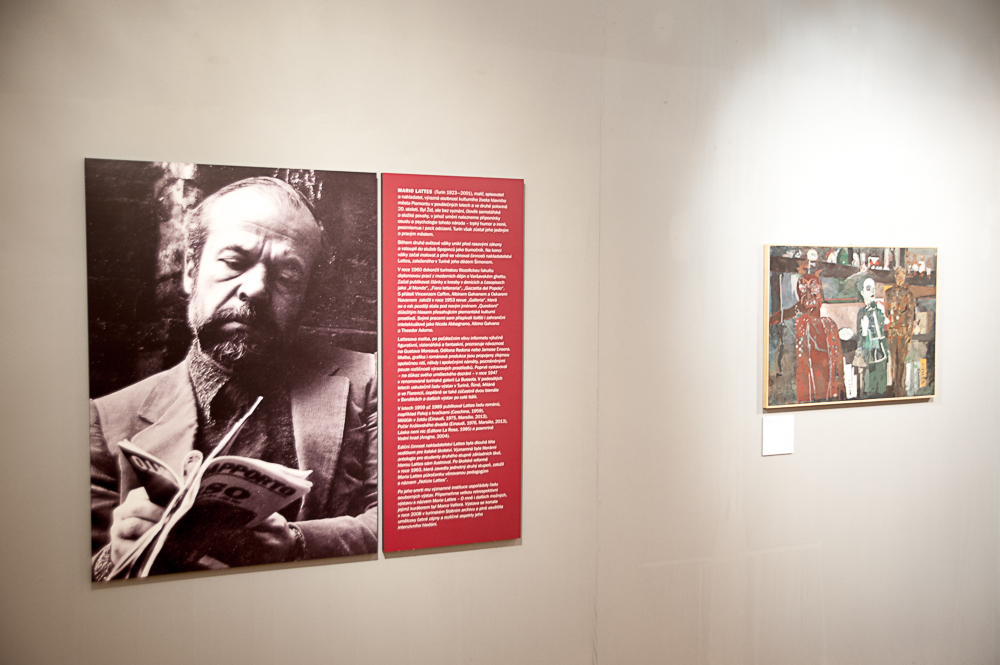 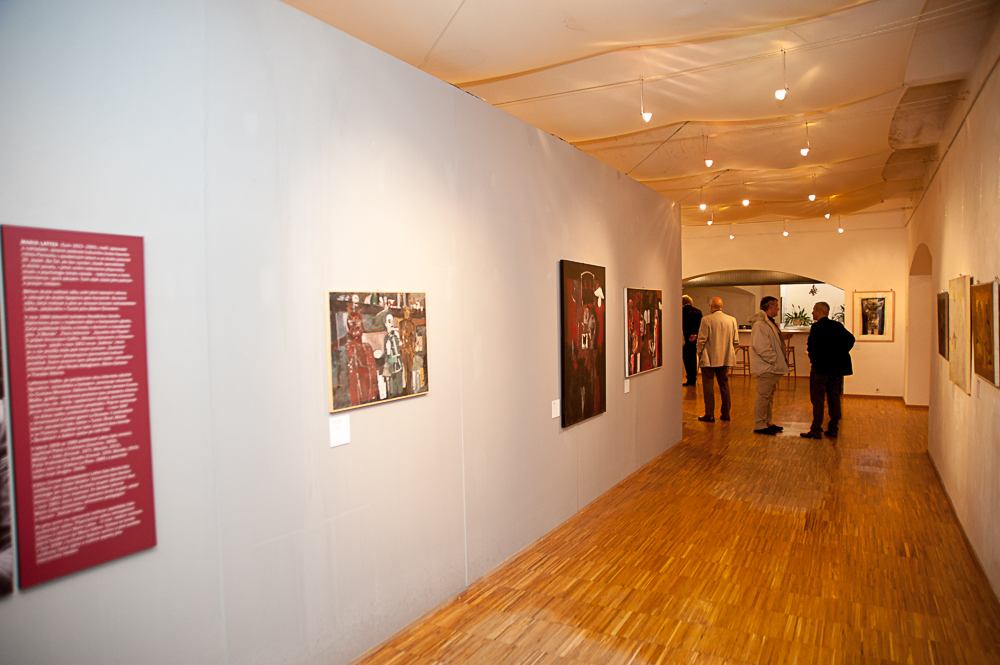 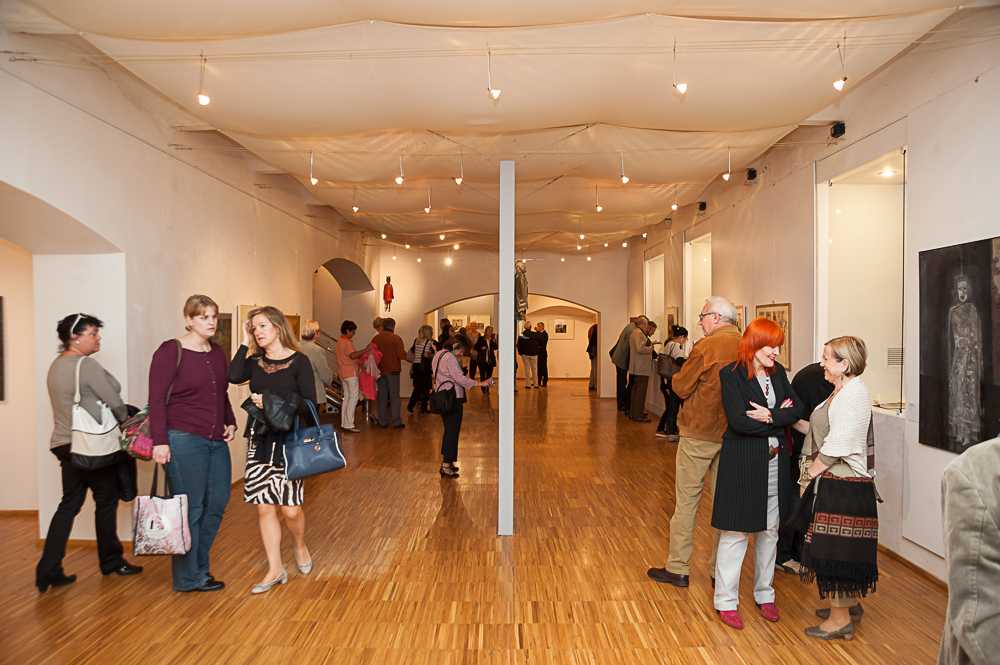 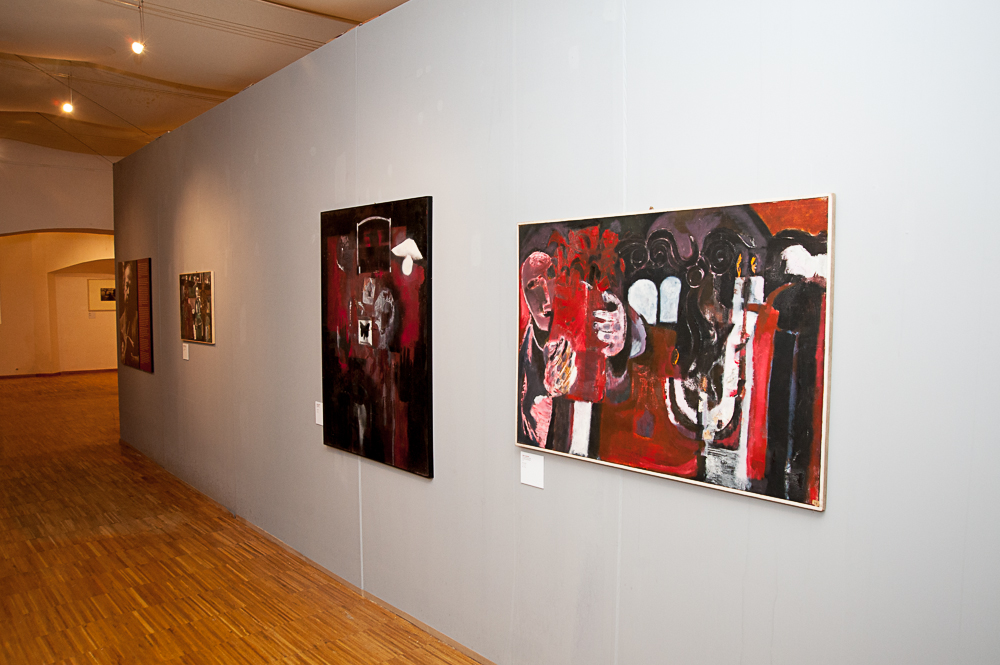 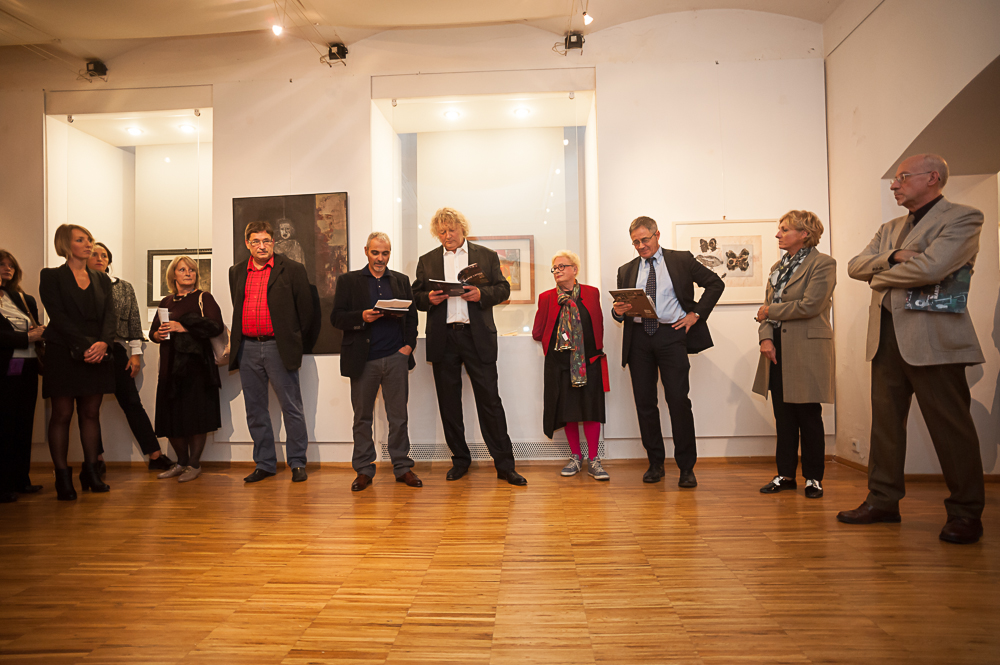 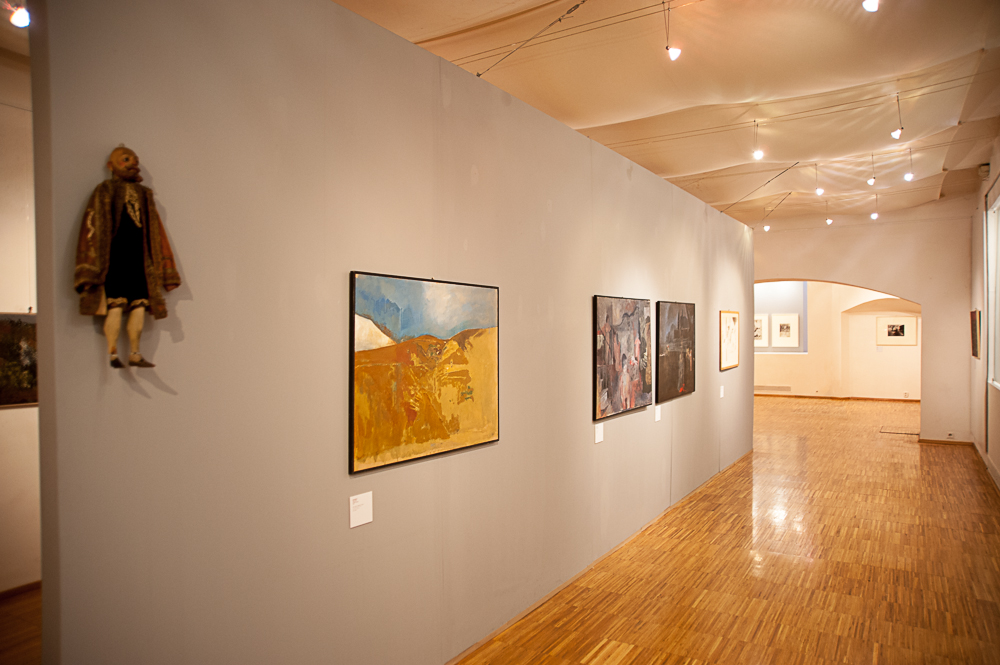 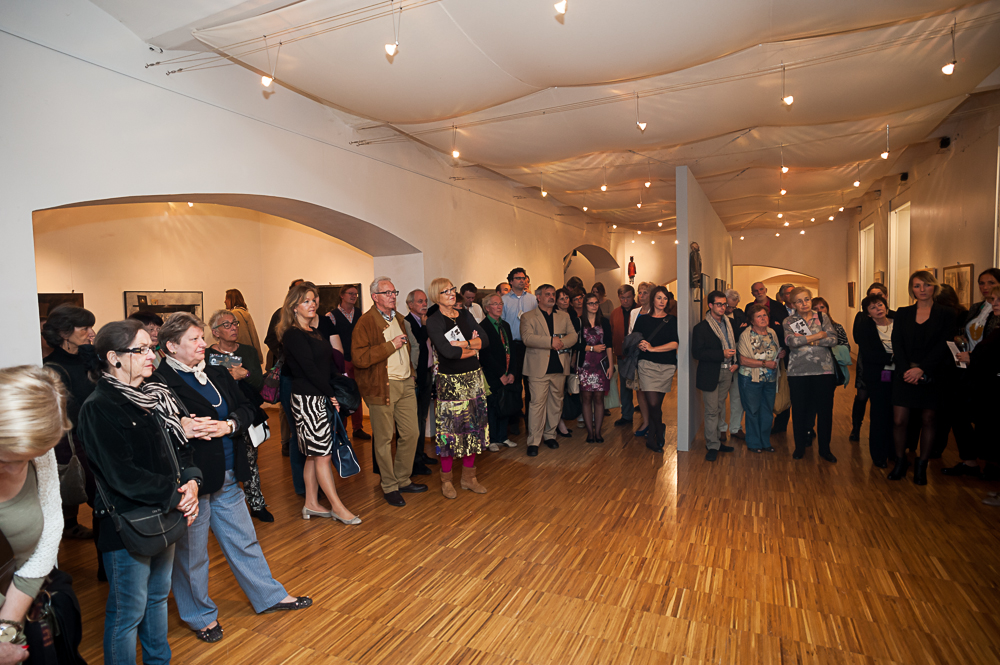 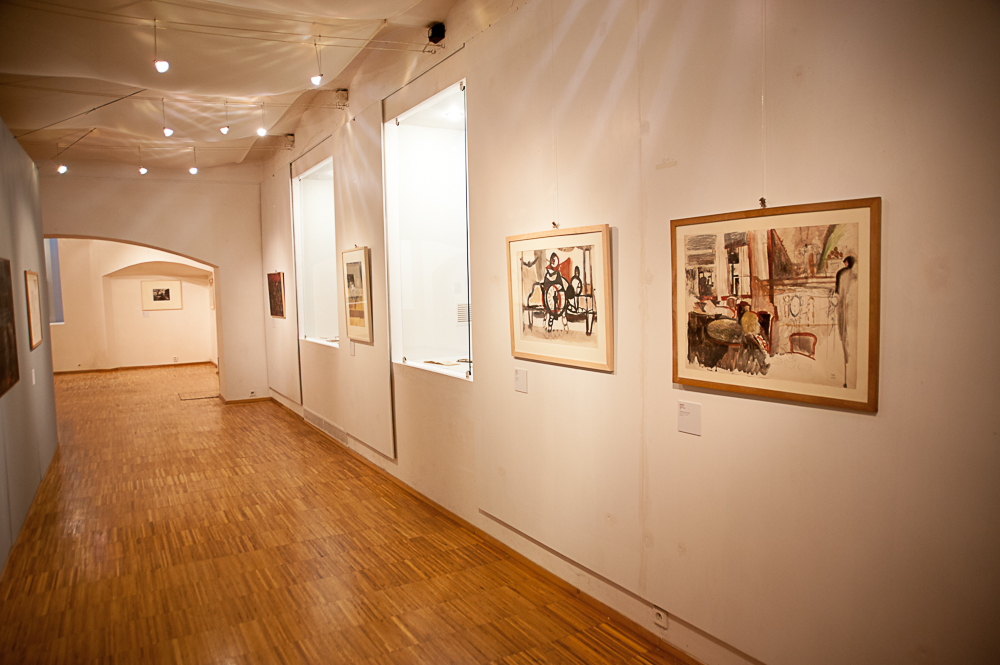 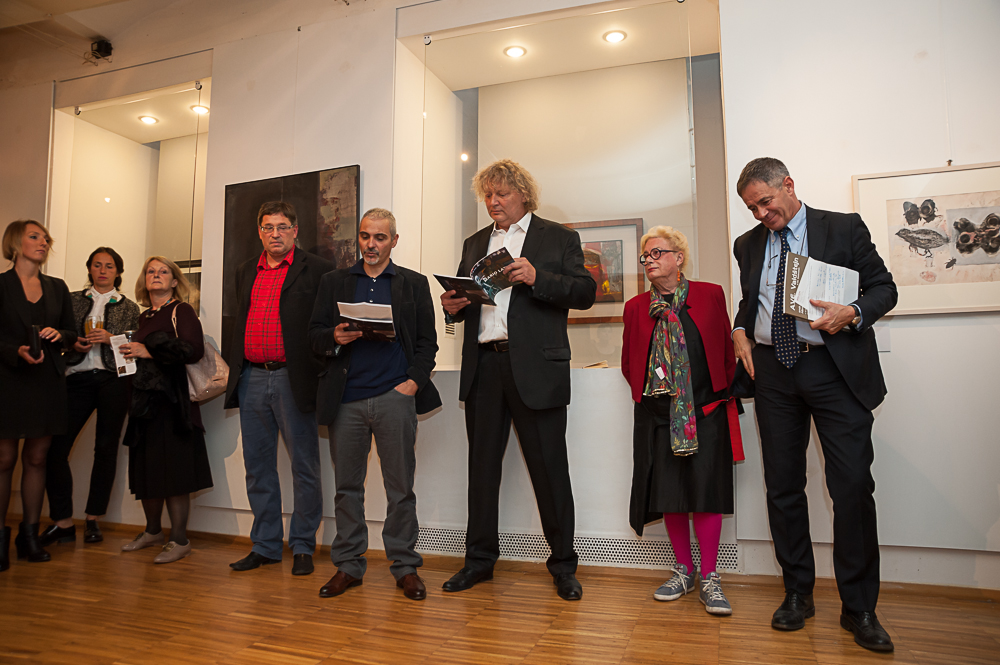 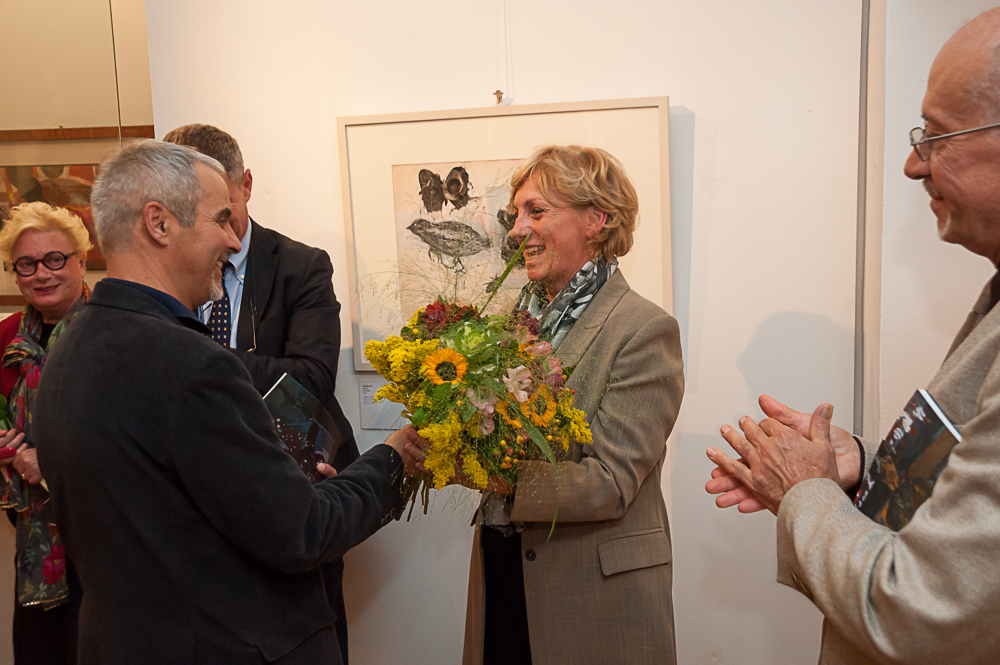 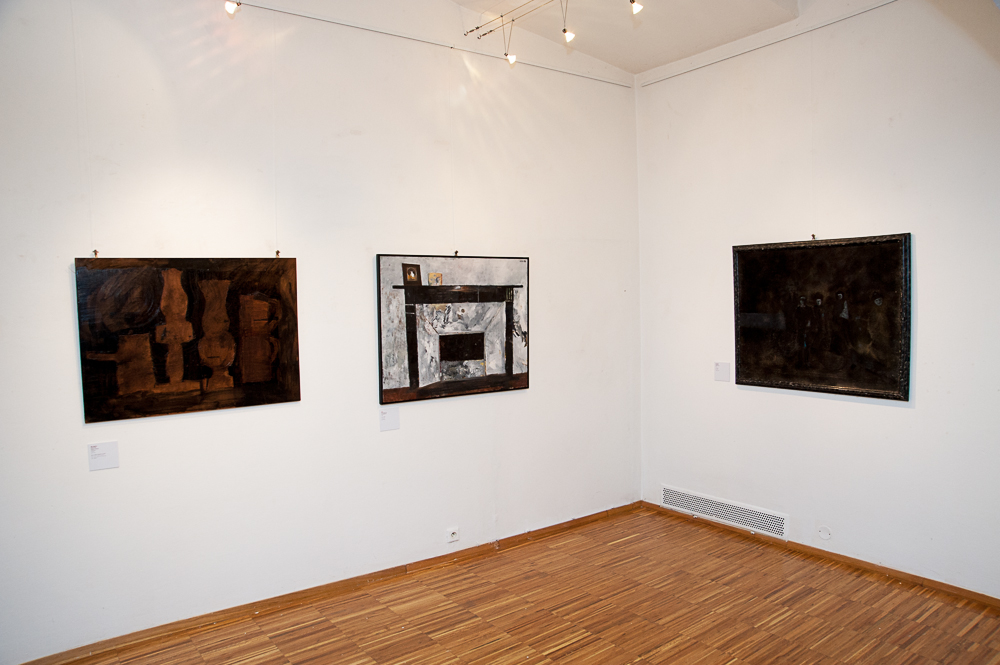 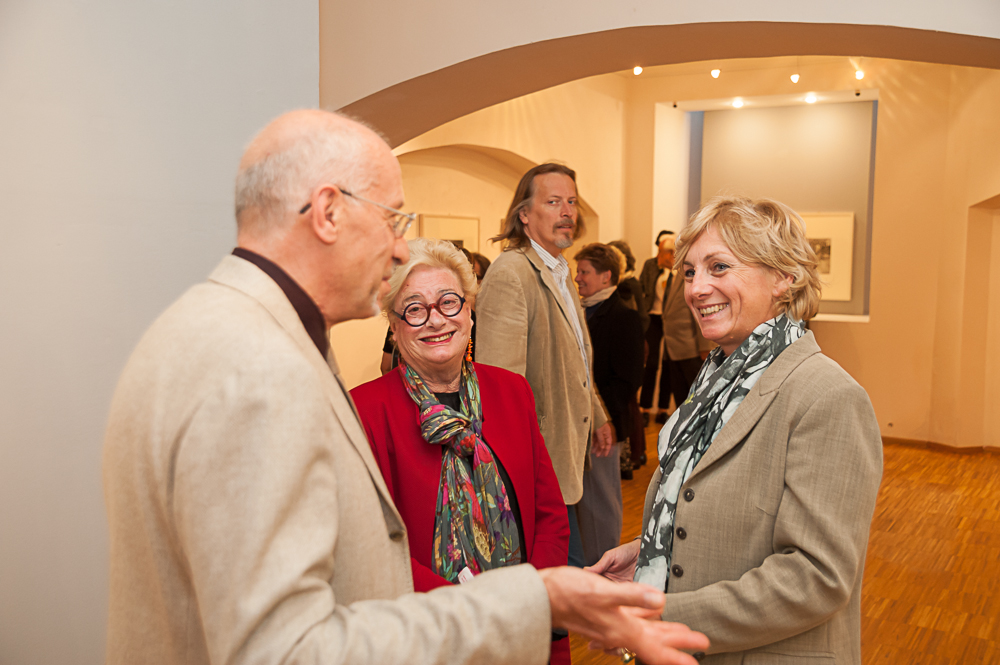 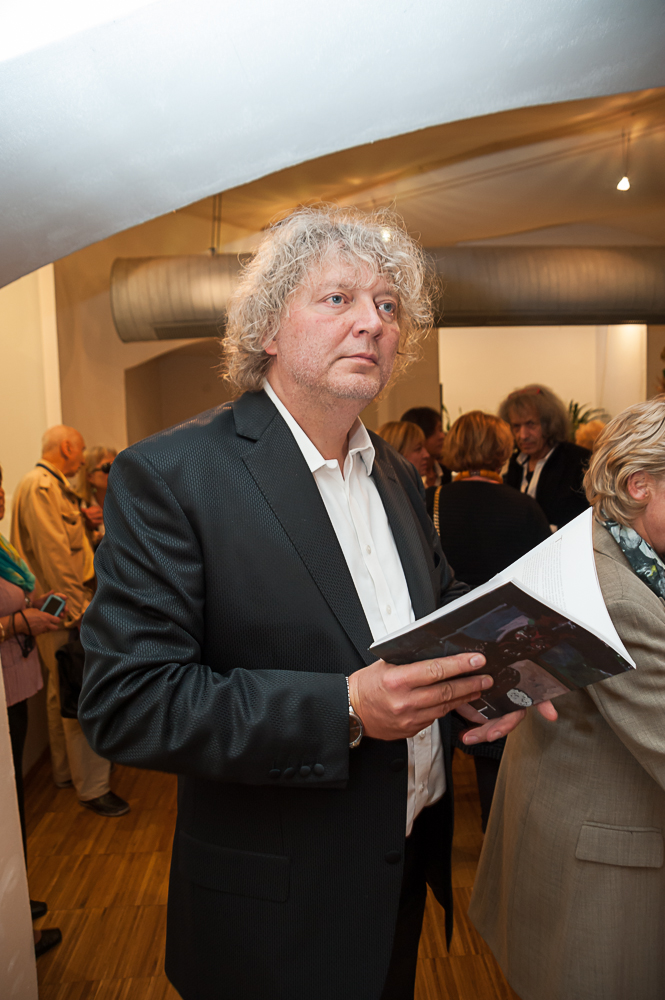 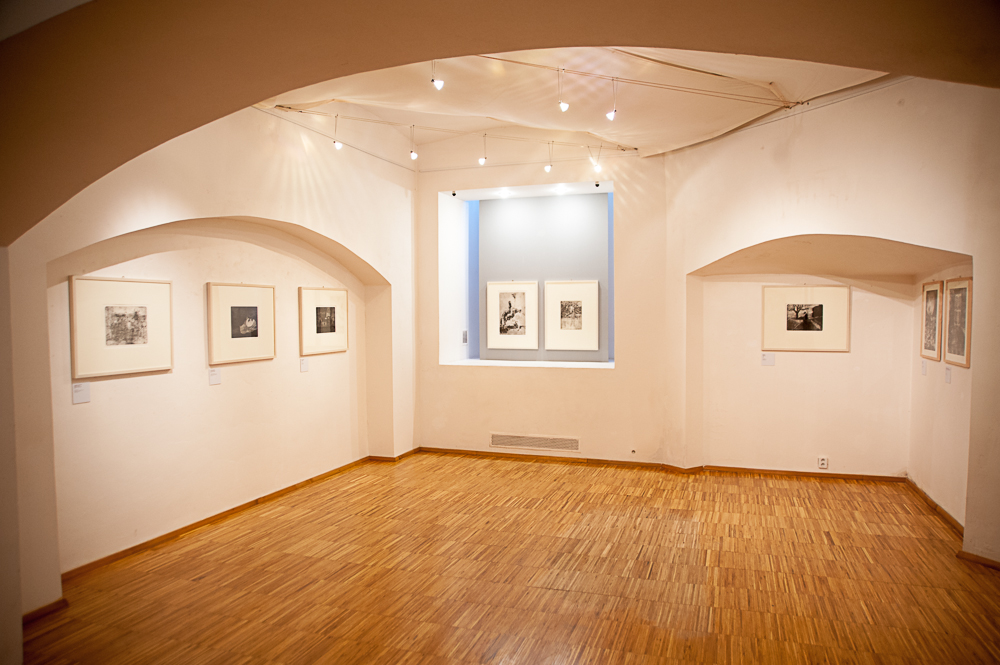 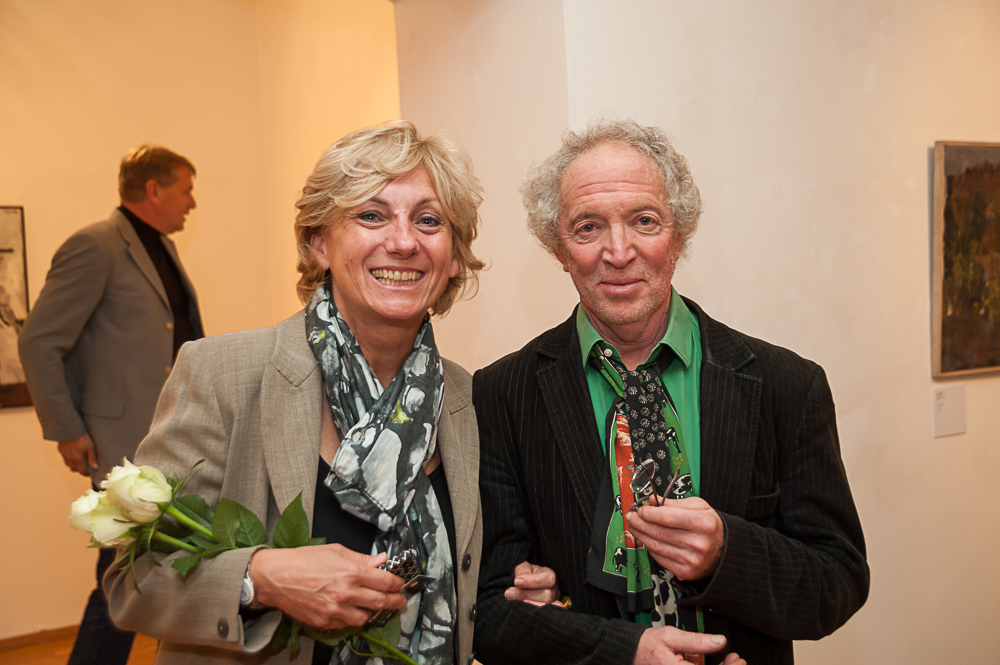 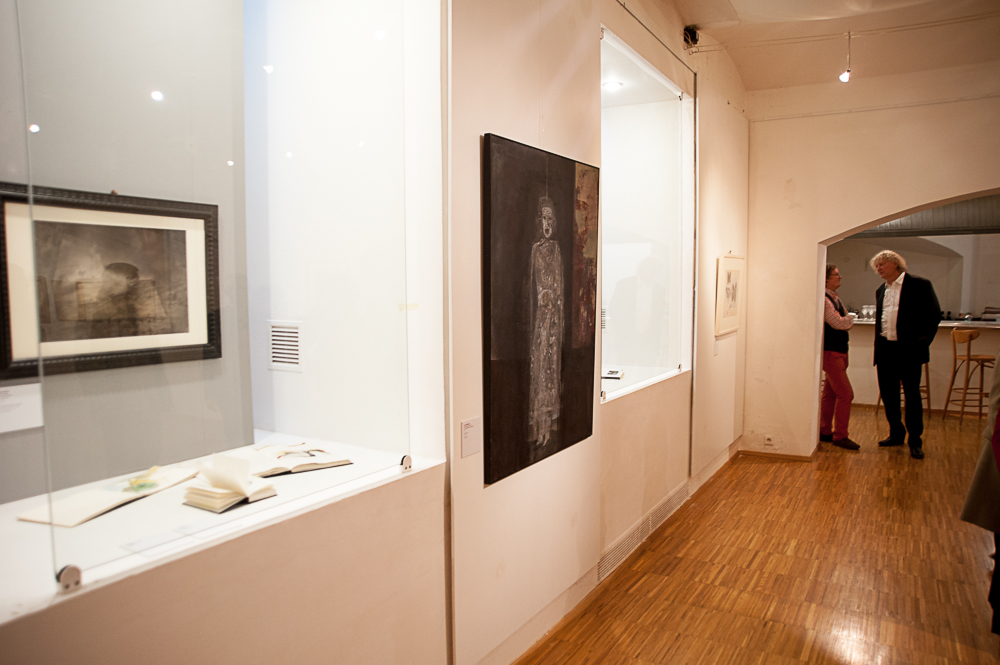 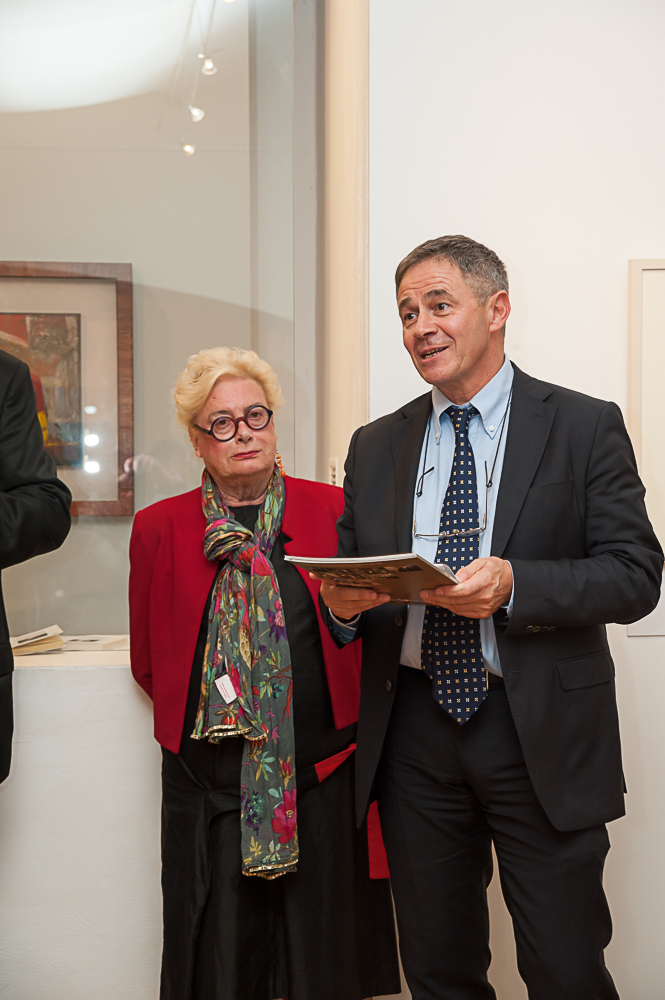 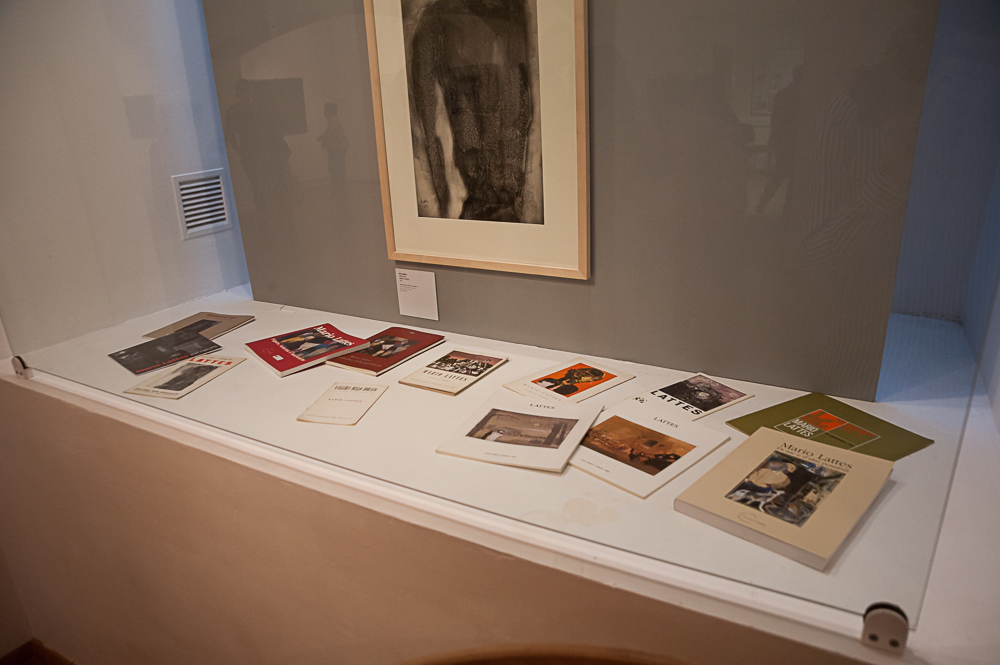 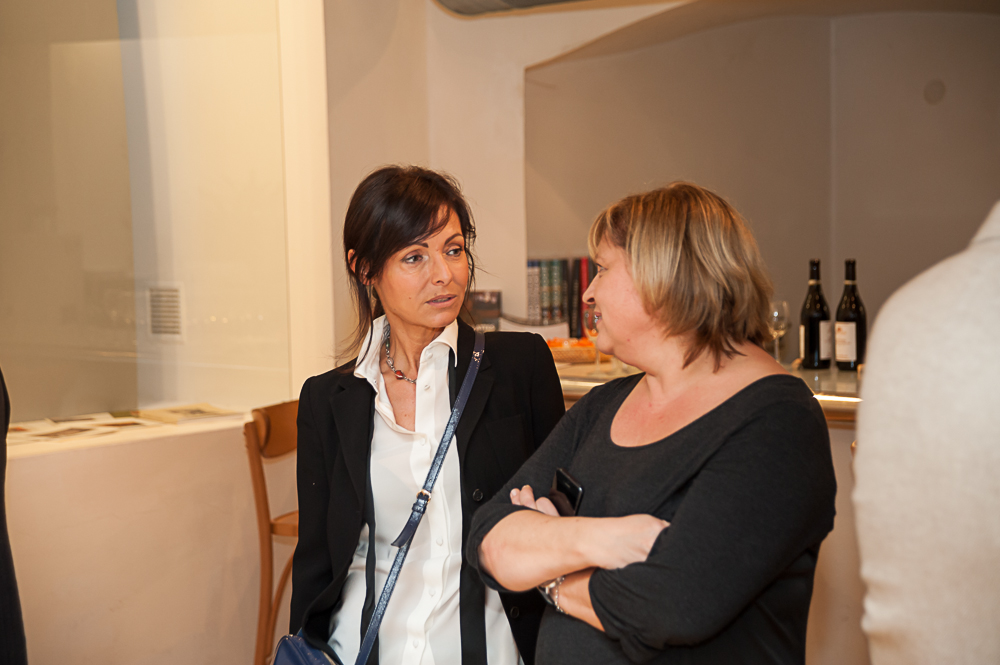 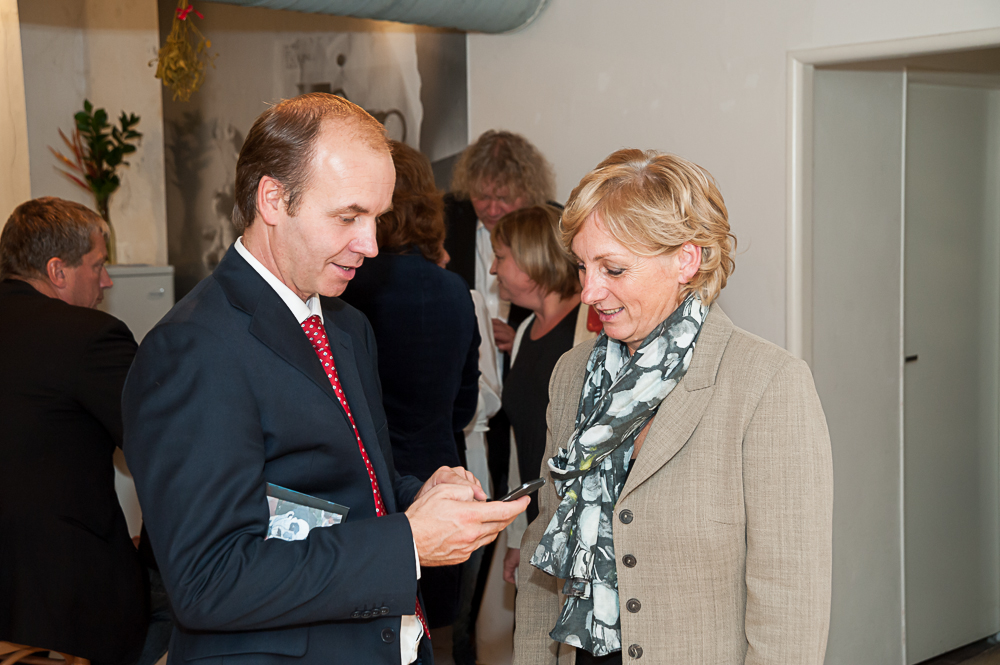 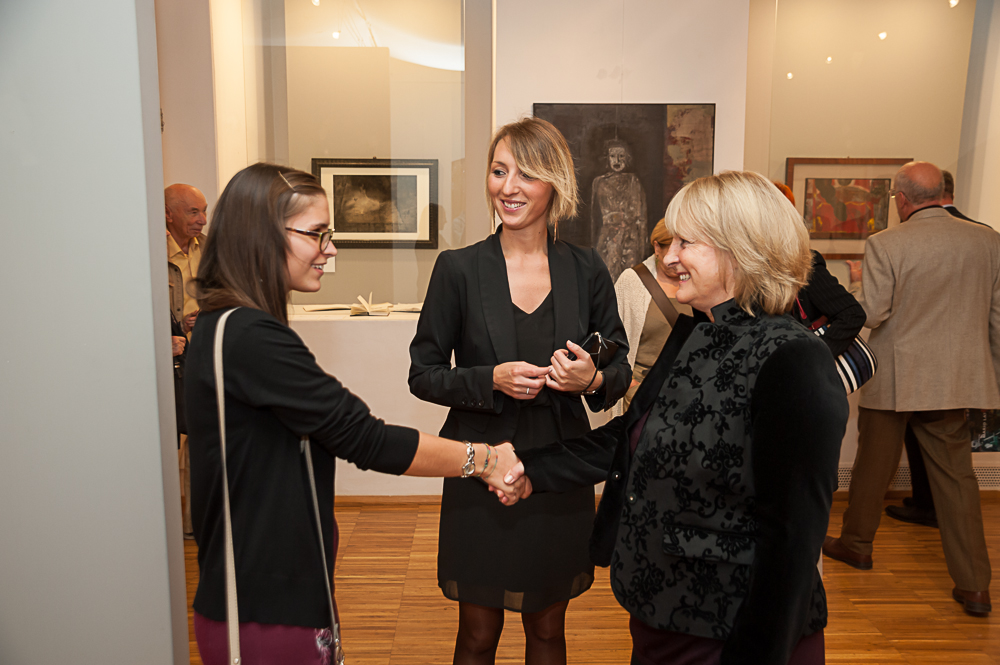 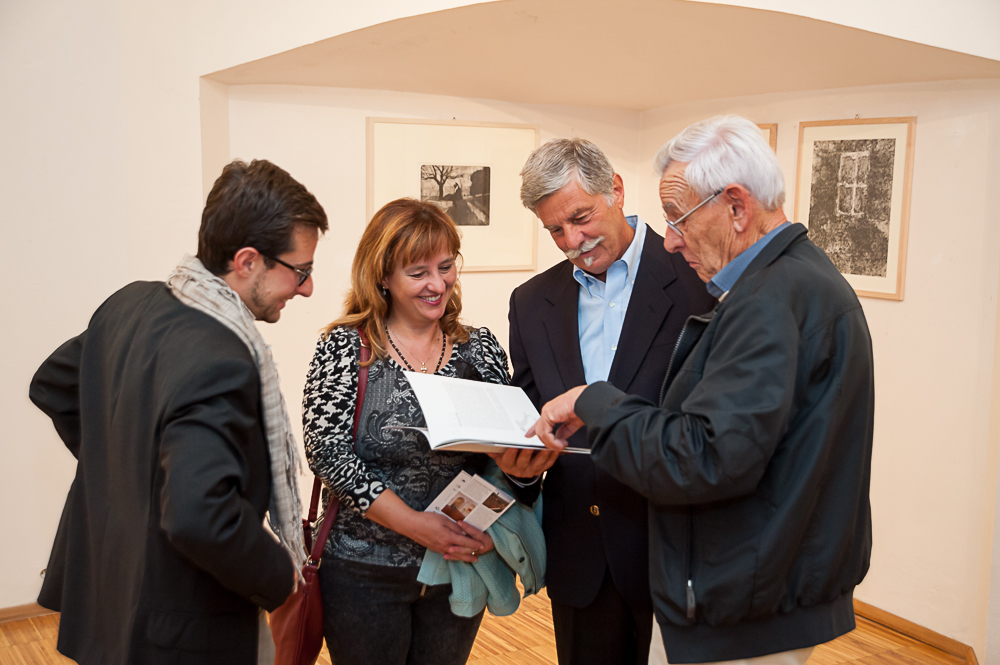 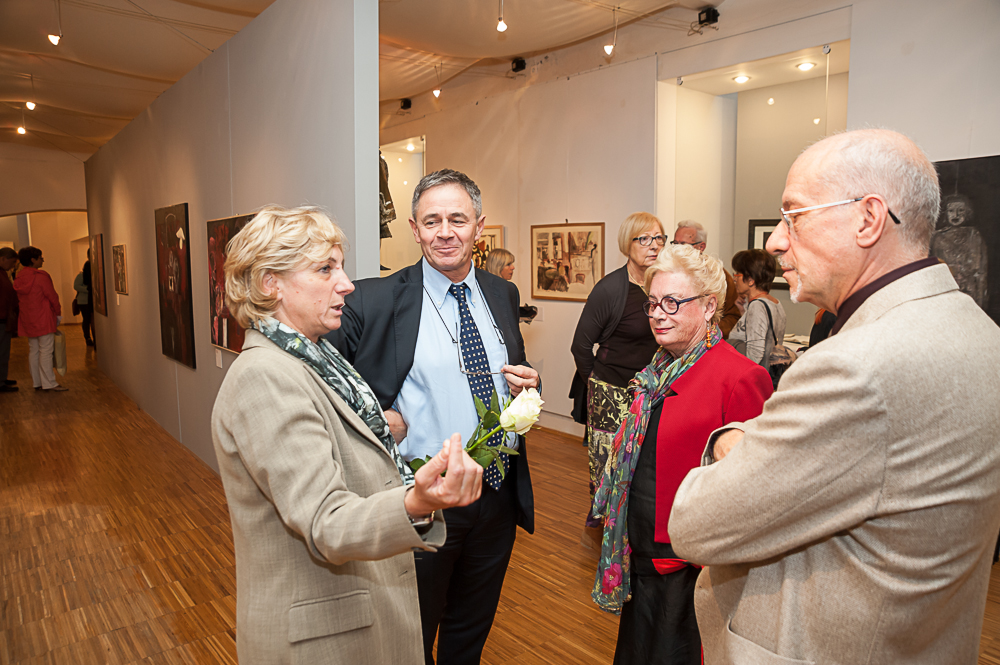 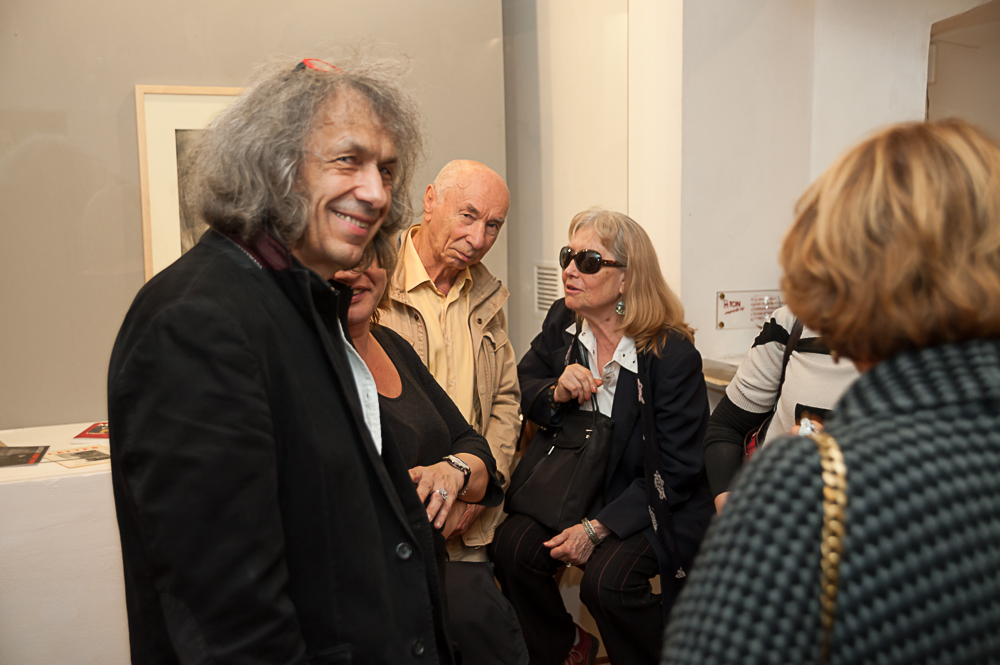 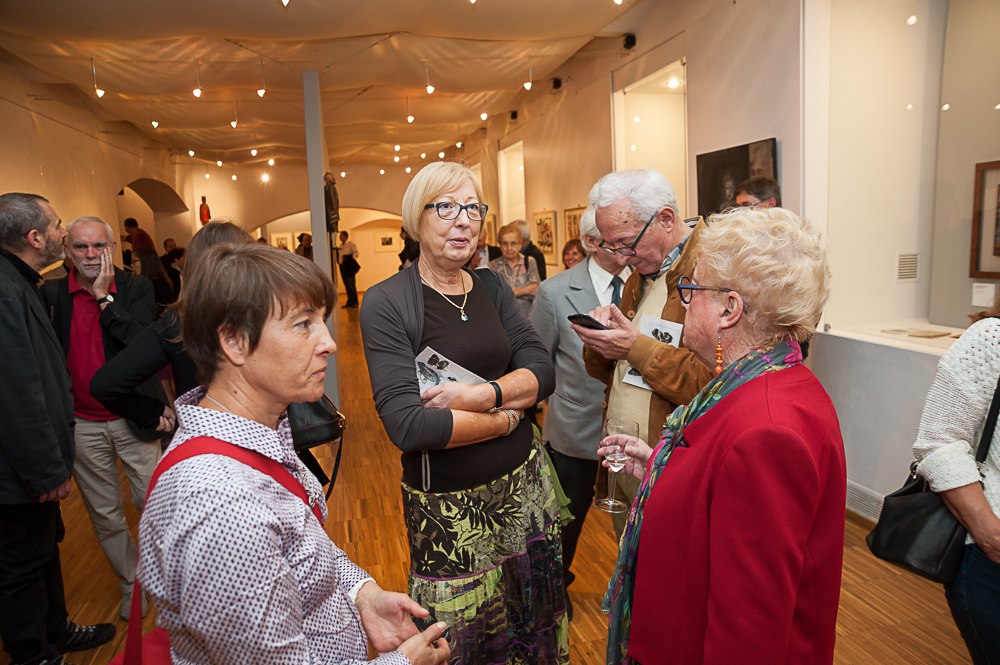 THE RETROSPECTIVE OF MARIO LATTES

The Gallery SVU Diamant and the Italian Institute of Culture present 30 works, including oil paintings, mixed media, watercolors, engravings and a number of notes and memories, from the Bottari Lattes Collection.

The art of Mario Lattes will star in Prague, with an anthology that brings together thirty works, including oils, mixed media, watercolors and engravings, as well as a series of notes and memoriea, from the Bottari Lattes Collection of Monforte d’Alba (CN).

The Gallery SVU Diamant and the Italian Institute of Culture, will host from 1 to 26 October 2014, the first major exhibition abroad of the artist from Turin, curated by Vincenzo Gatti and Karin Reisovà, and organized by the Bottari Lattes Foundation, with the collaboration of the cultural association Areacreativa42.

It is no coincidence that the exhibition will take place in the Bohemian capital, a crossroads of cultures and literary and artistic experiences, as it can be considered the place of choice and intellectual fascination for Mario Lattes (1923-2001) artist and writer. In his works, in fact, there are recognizable echoes of the culture of Prague and Central Europe and its ghosts, from the Golem, to Rudolph II and Kafka.

As stated by Caterina Bottari Lattes, president of the Foundation of Monforte d’Alba “I am delighted that the work of my husband Mario Lattes – publisher, painter and writer – goes beyond the italian borders to present in Prague an anthology of paintings, literary and also as an example of culture. The artistic sensibility and cultural of Lattes can, I believe, be of interest for the artists of Prague because in him there are several artistic moments that bind his work to Europe.

Mario Lattes was not only linked to Turin: of Jewish origin but secular, followed the culture of his grandfather Simone, founder of a publishing house in Turin, but he was also open to Europe.

Mario Lattes traveled to Europe, particularly in France and England: his favorite authors were Flaubert, Céline, and the Irishman James Joyce and, of course, Hrabal and Kafka that reflect his character, Joseph Roth and others, whose echoes can be felt in his writings. ”

The Diamant Gallery, the exhibition space of the Manes Association, is the most important association of artists of the Czech Republic, founded in 1887, it has chosen to comply with the oportunity to host  an exhibition of Mario Lattes, of whom they understood the quality of thought, the introspective spirit, the originality of the research and its questions, which ideally bring him close to the deepest spirit of the culture of Prague.

Eclectic personality, Mario Lattes was a painter, writer and publisher. As written by Valter Boggione in the introductory essay of the catalog, “as a painter, he has experienced the languages of abstractism and of the informal, of the expressionism and surrealism and he has, in turn, studied and learned the lesson of Schiele and Kokoschka, Cézanne and of the beloved Ensor, Redon, Corot and even Bruegel. As a writer he has experienced the feeling of disintegration of the ego and he questioned himself on his own identity, proud not to have one. As editor – concludes Boggione – was capable of doing the Lattes, prostrated from fascism and war, one of the most important Italian publishing houses, mainly in the educational publishing and scientific essays. ”
The event in Prague will provide an opportunity to make figure of Mario Lattes known, even outside the national borders, as a leading figure of Italian culture of the second half of the last century. Secular Jew, solitary and complex man, he was affected by the events and the psychology of this people: bitter and sarcastic humor, pessimism and distance. He escaped the Fascist racial laws, and joined the Allied troops as an interpreter, at the end of World War II he began to paint and devoted himself to the Lattes publishing house in Turin, founded in 1893 by his grandfather Simone. In 1953 he founded the magazine “Gallery” that the following year, with the title “Issues”, became an influential voice of the cultural world of Piedmont and more and was attended by Italian and foreign intellectuals such as Nicola Abbagnano, Albino Galvano and Theodor Adorno.

Among the initiatives, Thursday, October 2nd, at the Italian Cultural Institute in Prague, there will be a musical entertainment with the Smetana Trio, Bohemian band that has already performed at the recent Changes of Season, the successful concert season organized by the Bottari Lattes Foundation in Monforte d’Alba.