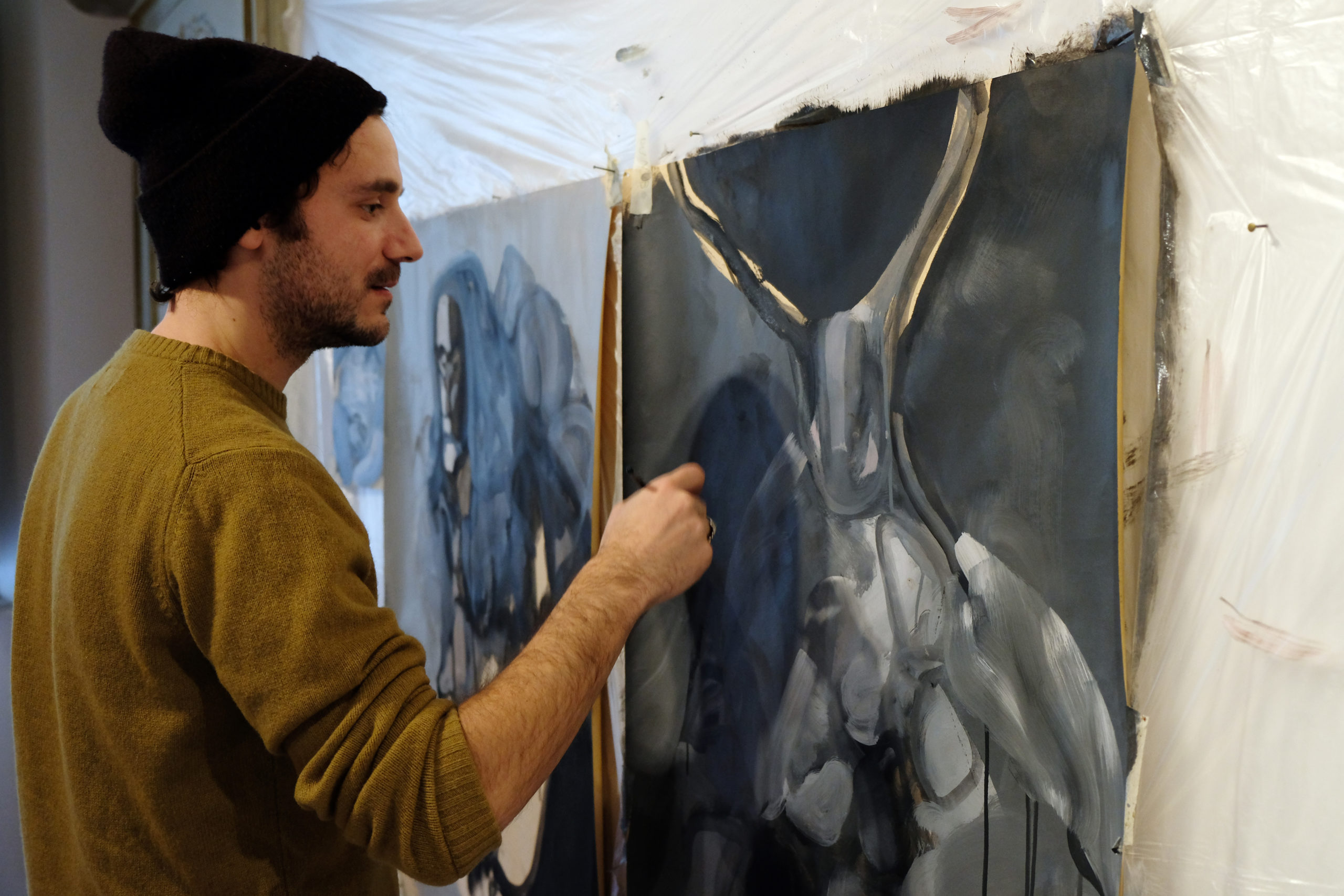 The artist Giacomo Modolo was in residence between February and March 2018.

It is the second time that Giacomo Modolo collaborates with Areacreativa42 for an artist residency project. This time the project was enriched by the co-presence of Elvis Spadoni, Silvia Argiolas and Stefania Falsone. The artists discussed the issues of collaboration in the art system and the role of the artist. Giacomo Modolo started working on the cycle of “Sulle orme del lupo” which “represents a personal moment of great intimacy and pictorial research. The wolf, present several times in my latest works, hovers in space as a presence, alone and in search of his lost pack. In my imagination it becomes a symbol, becoming the emblem of a human side that I have always considered in my artistic research. Solitude and insecurity that mix with pride and ferocity, leaving room for the beauty that hides meanness. Contradictions that populate my painting usually with cynical and dramatic human figures who, in the footsteps of the wolf, find their aesthetic and metaphorical manifesto.
In continuous contradiction also the pictorial language formed by brush strokes in constant dialogue between form and abstraction, gesture and geometry, as well as the continuous overlapping of brush strokes that give birth to the precarious balances on which the image and the composition stand. ” From this cycle, a latest work was selected in the 2019 edition of the Combat Prize, in the painting section.