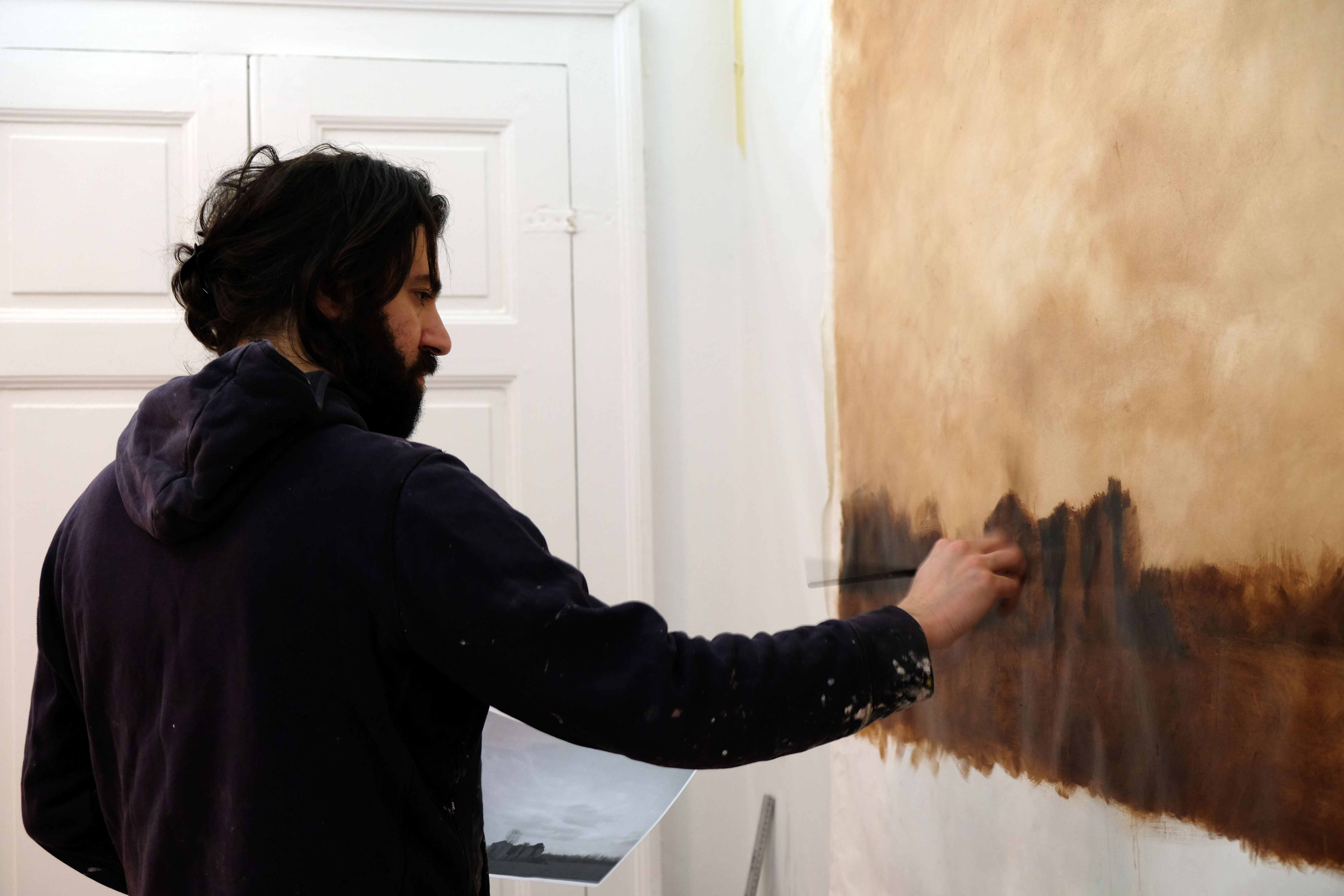 Elvis Spadoni was born in Urbino in 1979. He lives and works in Santarcangelo di Romagna.

The artist Elvis Spadoni was in residence at Casa Toesca in Rivarolo (Turin), from the 10th of February to 11th of March 2018: during this period, the visitors were invited several times to visit the atelier and participate in the workshops.

During the resindence, the artist and the members of Areacreativa42 organised the exhibition “The Space of the Sacred” in collaboration with the City of Cuorgnè. For the occasion Elvis Spadoni created a work in the former church and the public was able to follow its progress until the end.

The exhibition, curated by Areacreativa42 in close dialogue with the artist, was accompanied by workshops for the students from local schools, focused on the practice of drawing the human figure, a very important part of the artist’s research.

The works showed were part of a cycle dedicated to biblical and mythological subjects; there was a contrast between the realism that characterises the figures and the minimalism of the space inside the canvas, permeated with an intense light. Within this artistic path, the sacred icon coexists and dialogues with the socio-anthropological concept of myth as an act of foundation of society, culture and the rational order of worldly things.In myth, as well as in biblical narration, norms and social precepts find their own origin, covering themselves with another value. The mythical narrative is therefore a transposition, mediated by the presence of the sacred, of social, ethical and moral instances proper to human nature.

In this sense, Elvis Spadoni’s painting is mythical, and Man is the absolute protagonist; through it the artist reflects on the human condition.
However, the protagonist of the work is the empty space, which prevails on the canvas: it represents a silent place to which we are admitted, an opportunity of dialogue between the observer and the work. 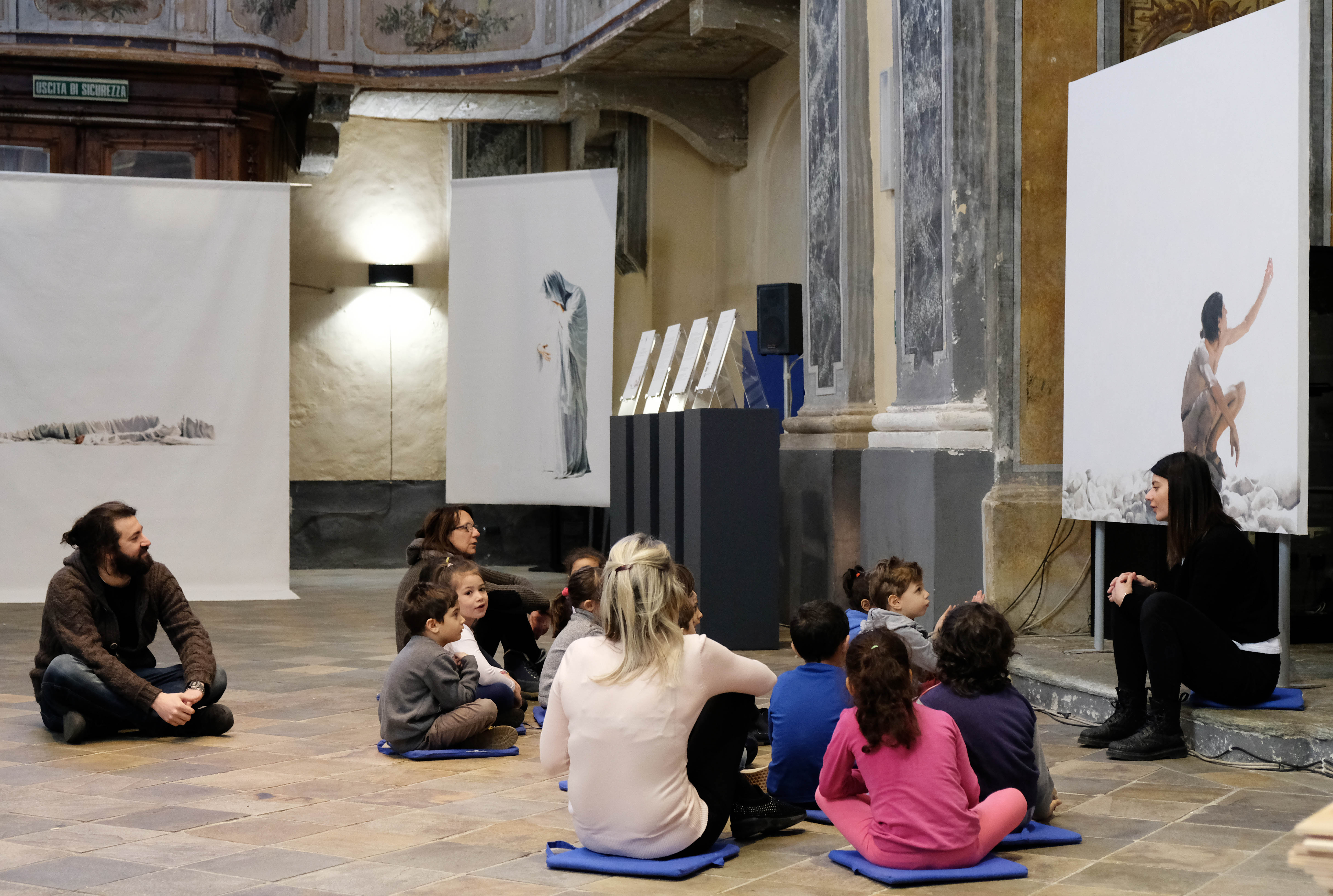 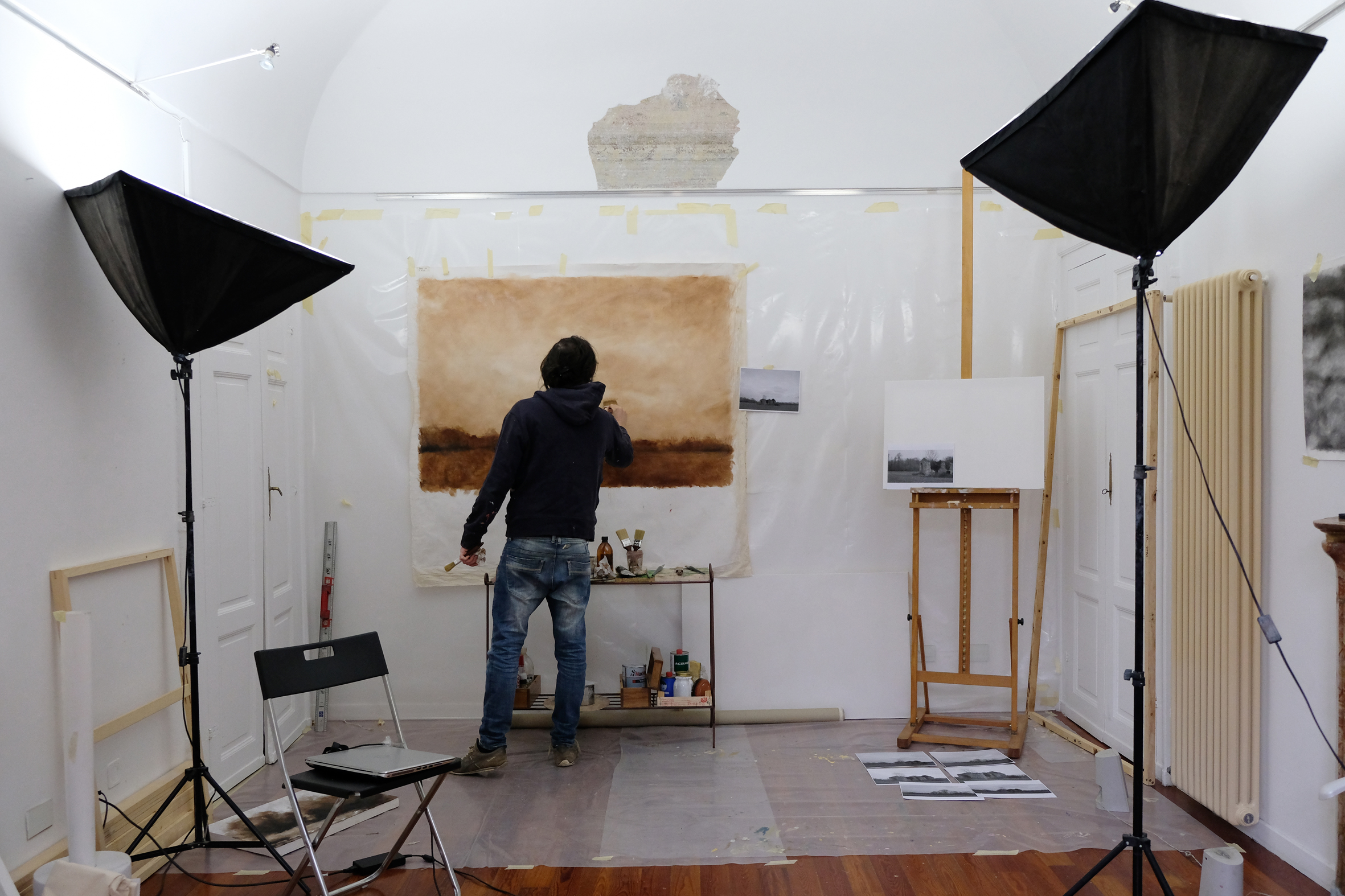 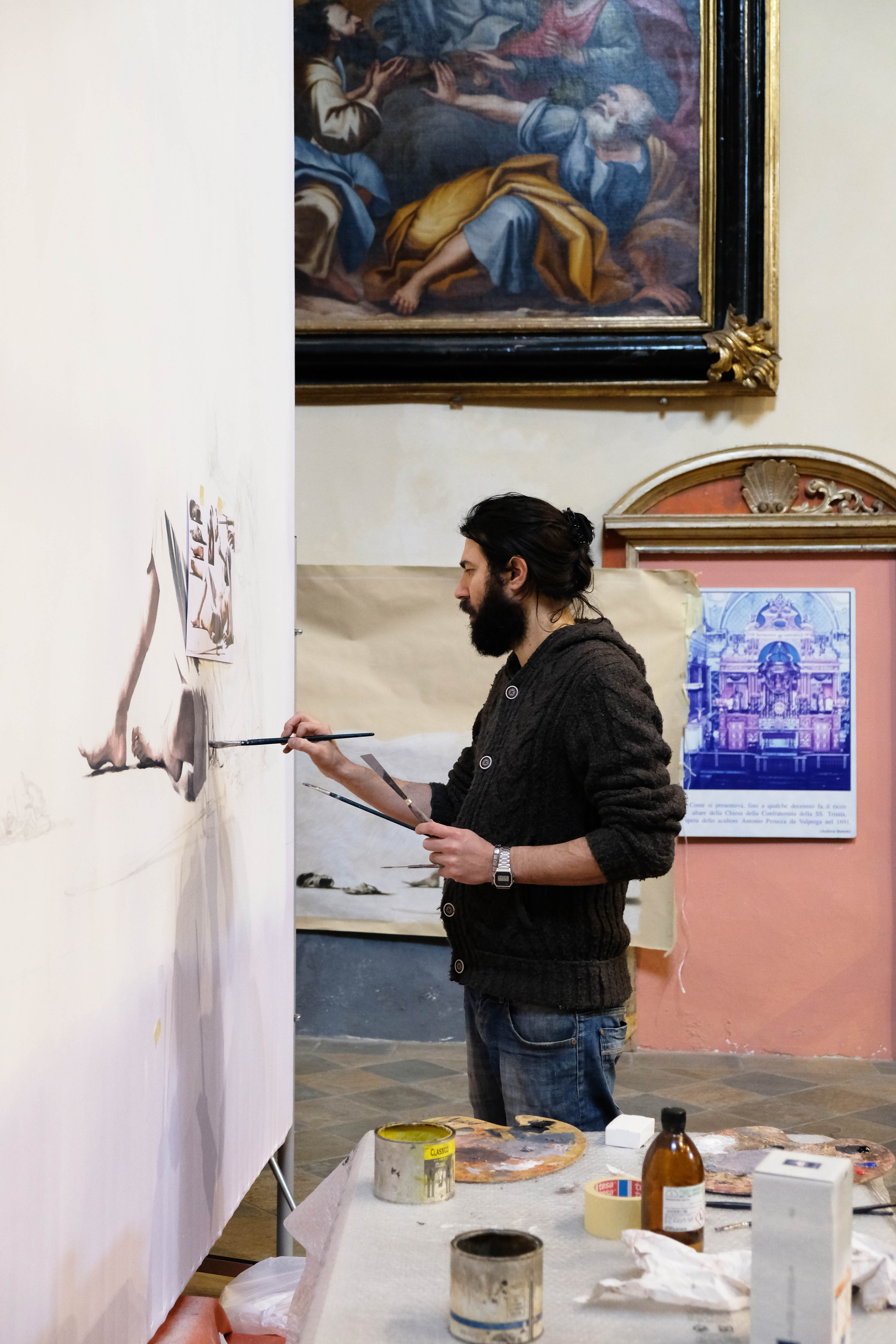 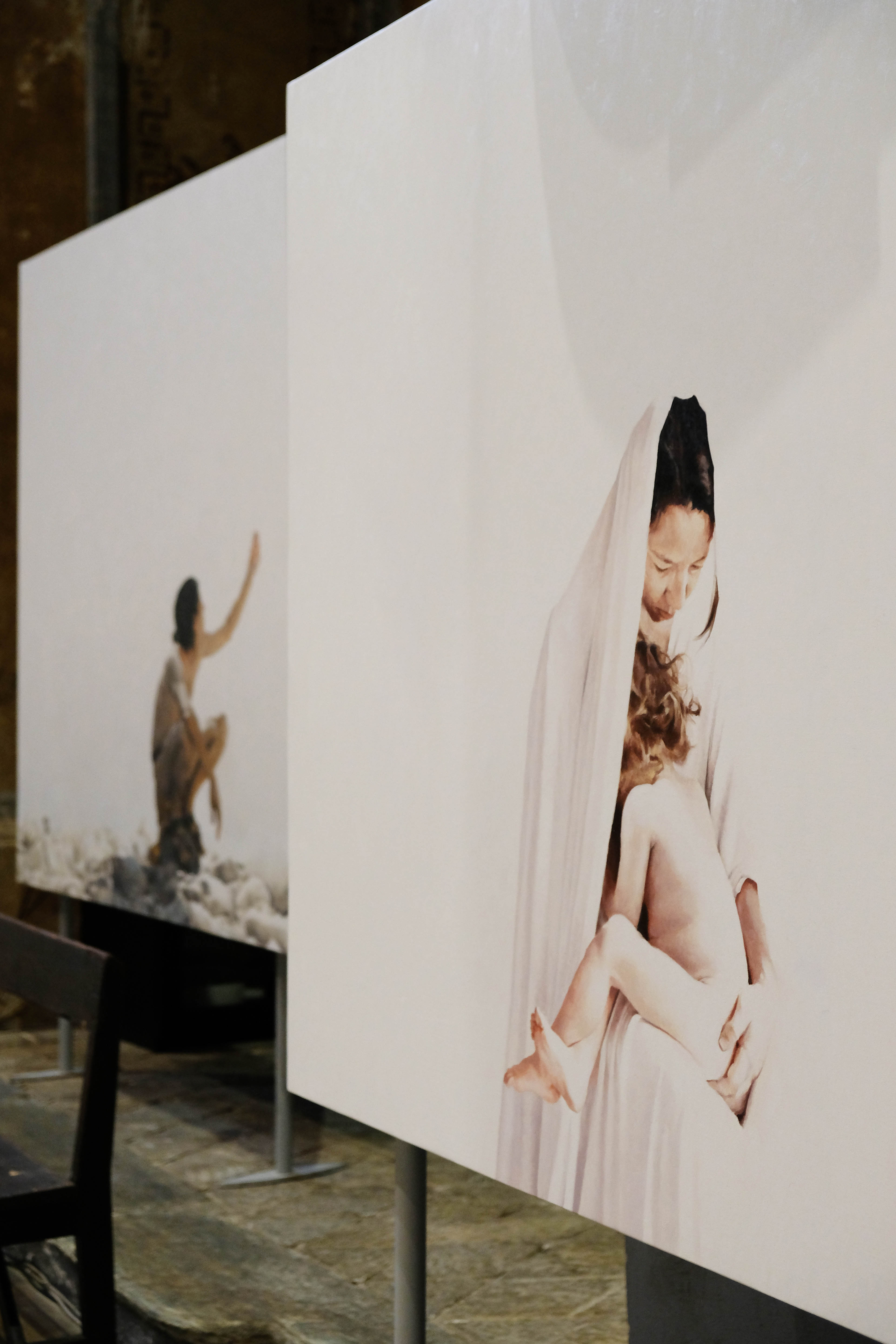 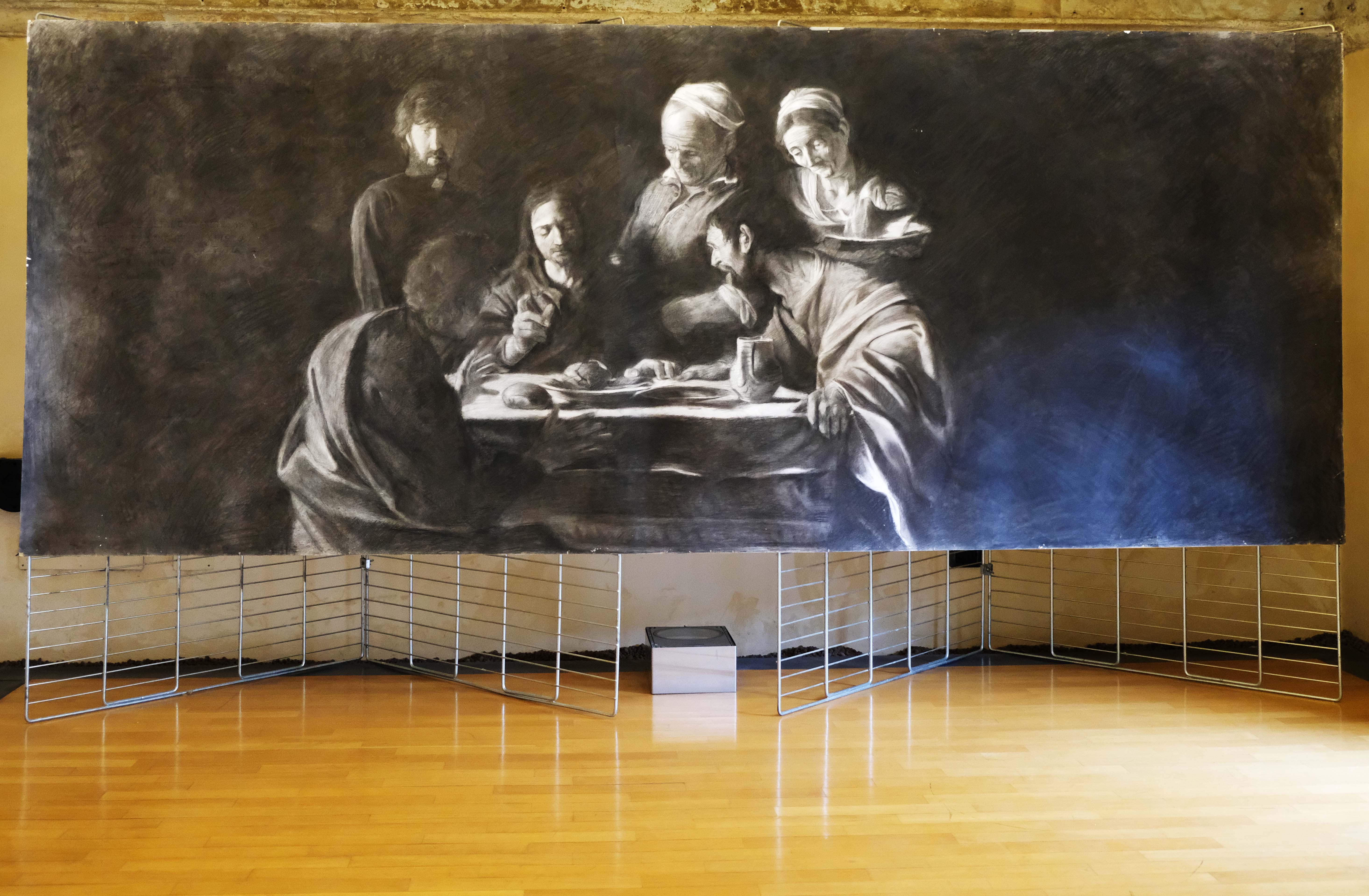 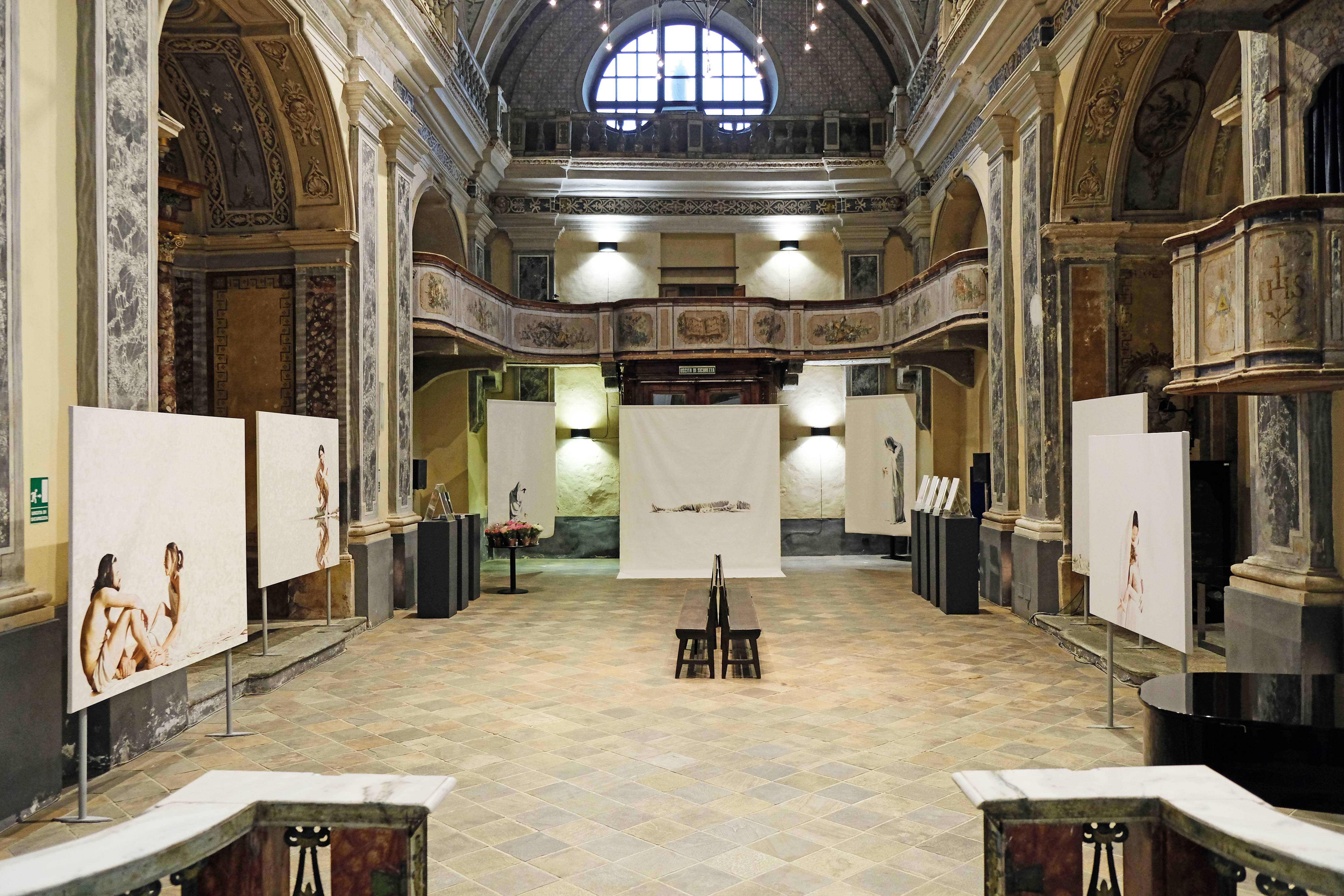