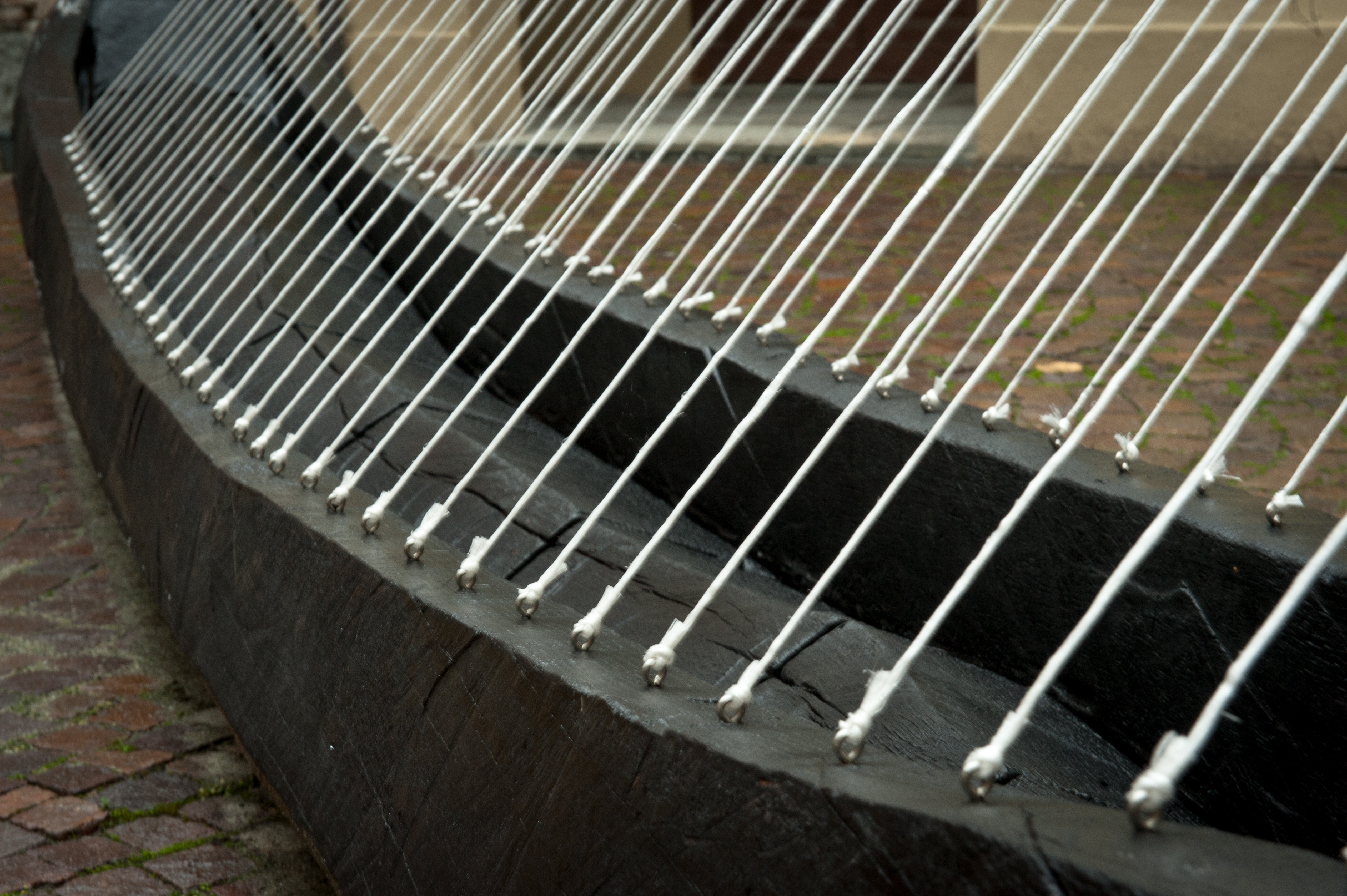 Johannes Pfeiffer, originally from Ulm – Germany, has been a visual artist since the mid-1980s: freeing himself, as he likes to tell, from the hardness of marble, he started the creation of art installations.

His installations are typically site-specific, as they acquire meaning only if placed in the architectural context for which they were designed or created, as in the case of the work that Rivarolo Canavese was lucky enough to receive in the inner courtyard of the city hall .

Working with the space given to him by the territory, Pfeiffer gradually created “Navis Refugium petentium”: a contemporary work that wants to tell a drama that our era sees in everyday life, all through a six meters long and hollowed trunk. In this way it takes the form of an elongated boat, from which eighty-eight cables depart which tend towards a single vanishing point, united, as all men should be.