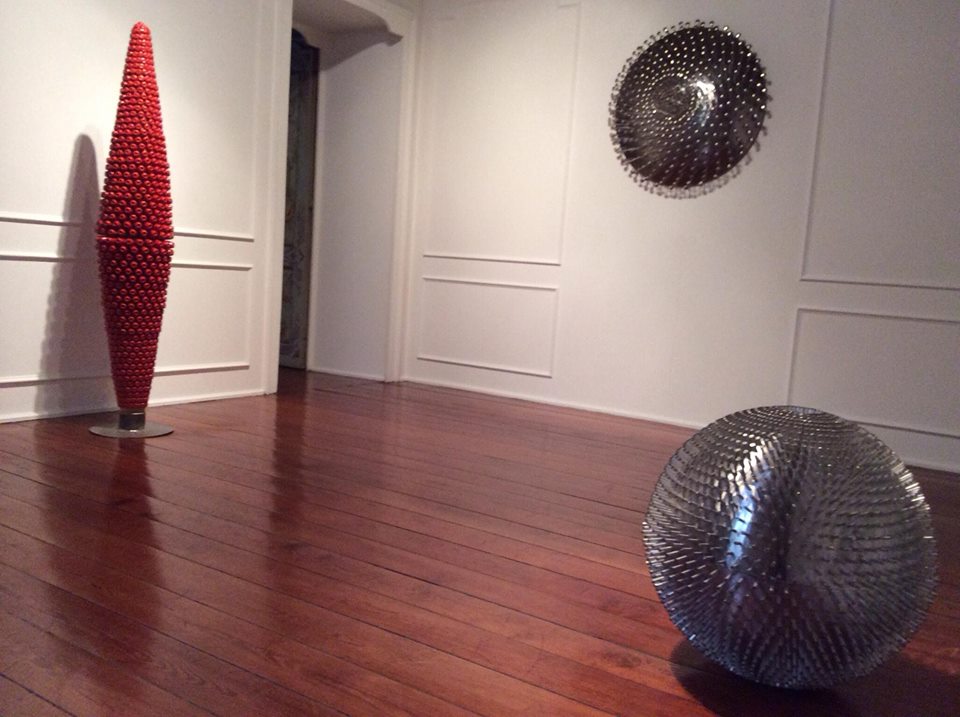 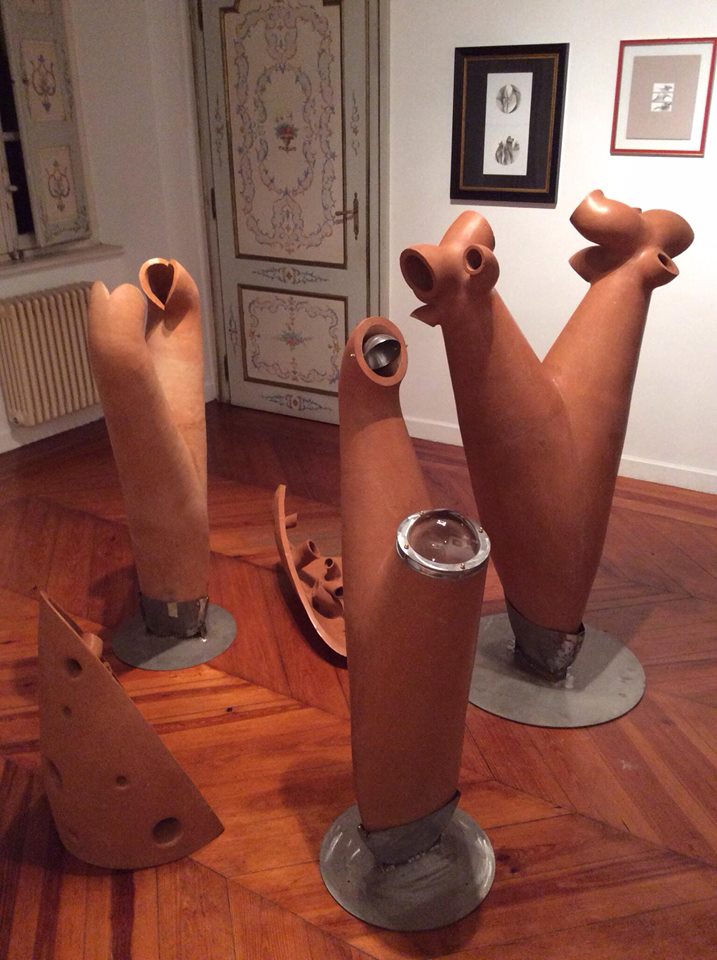 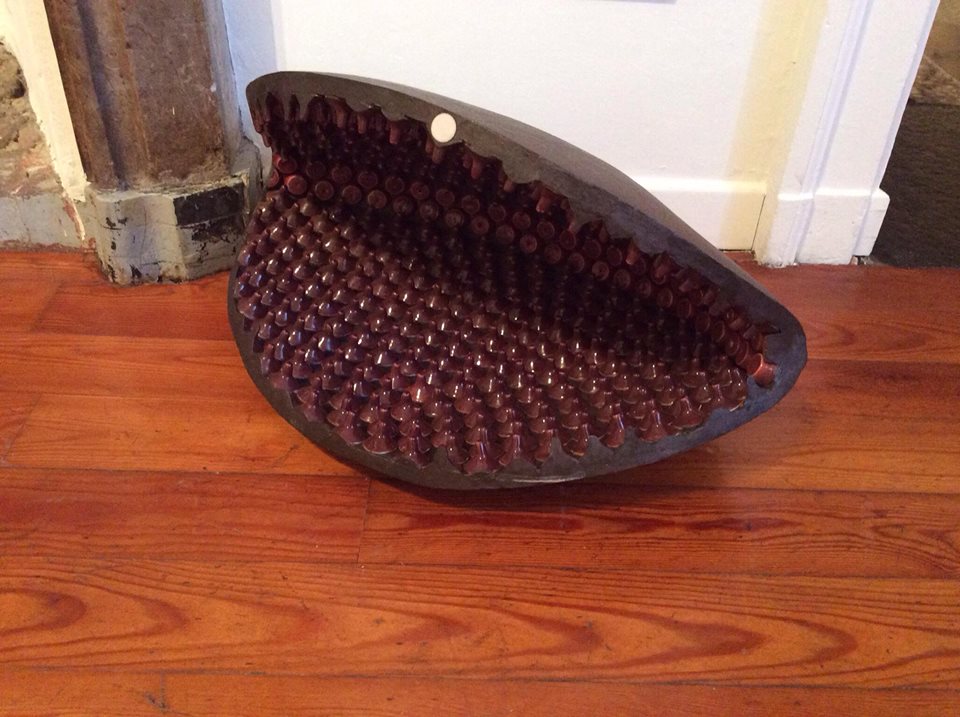 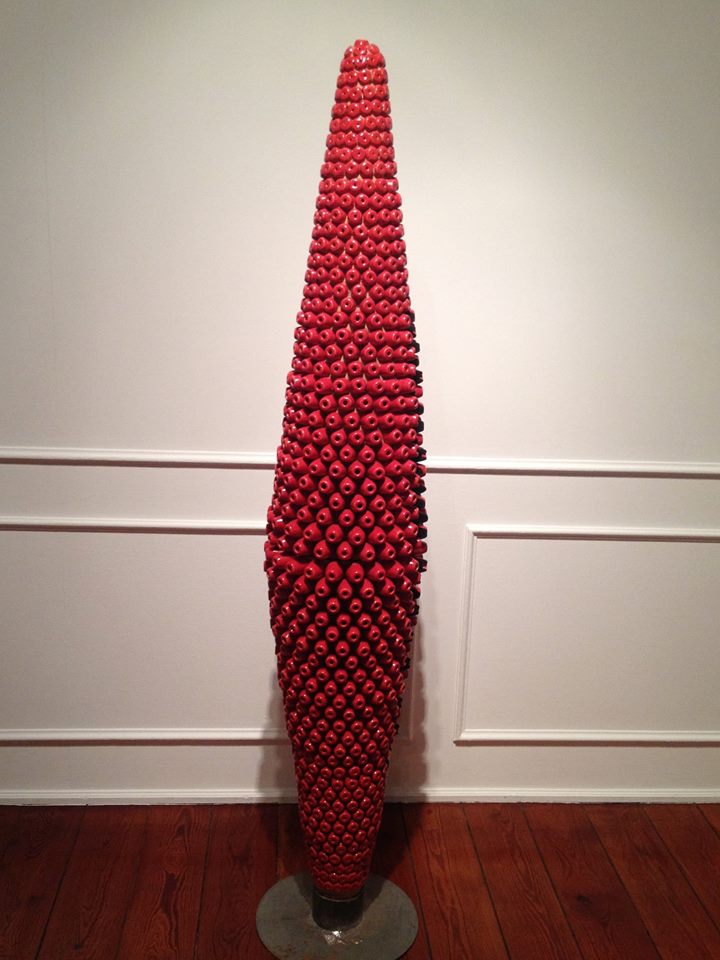 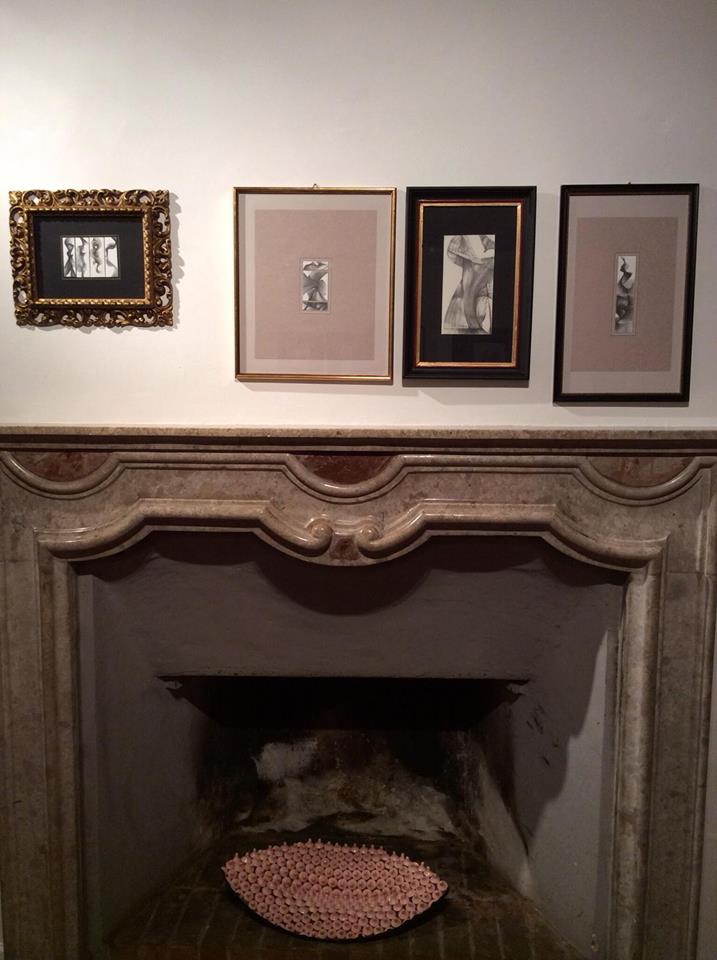 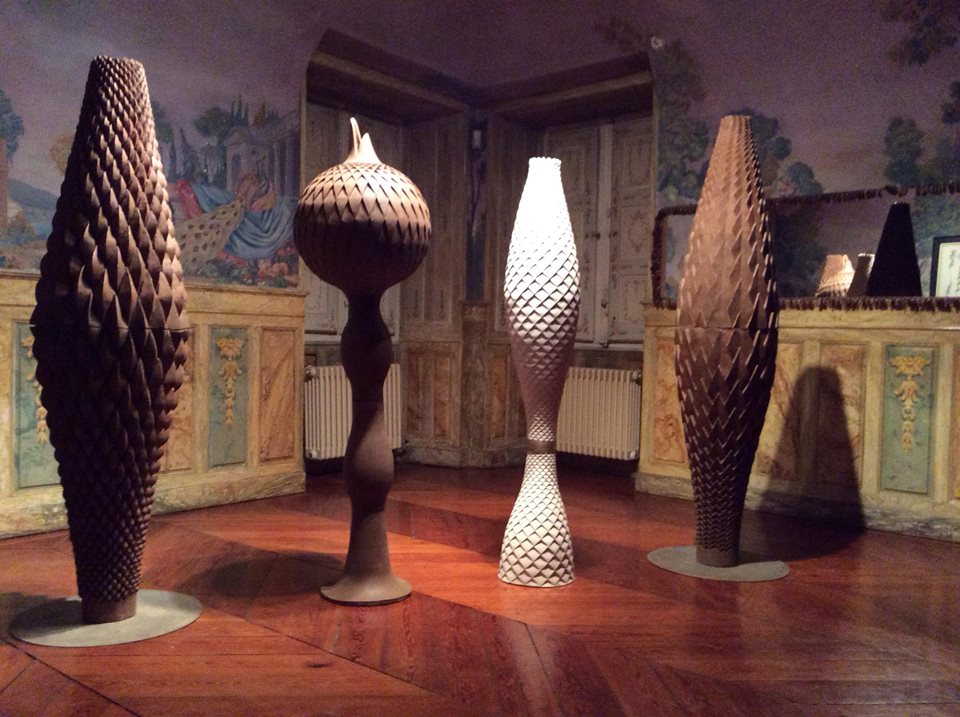 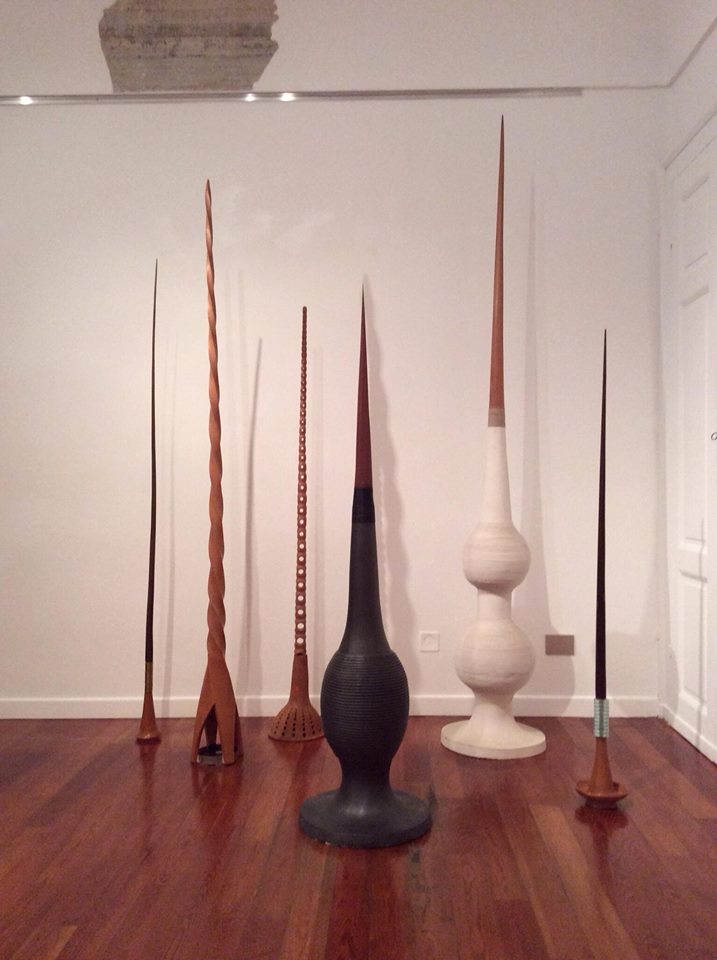 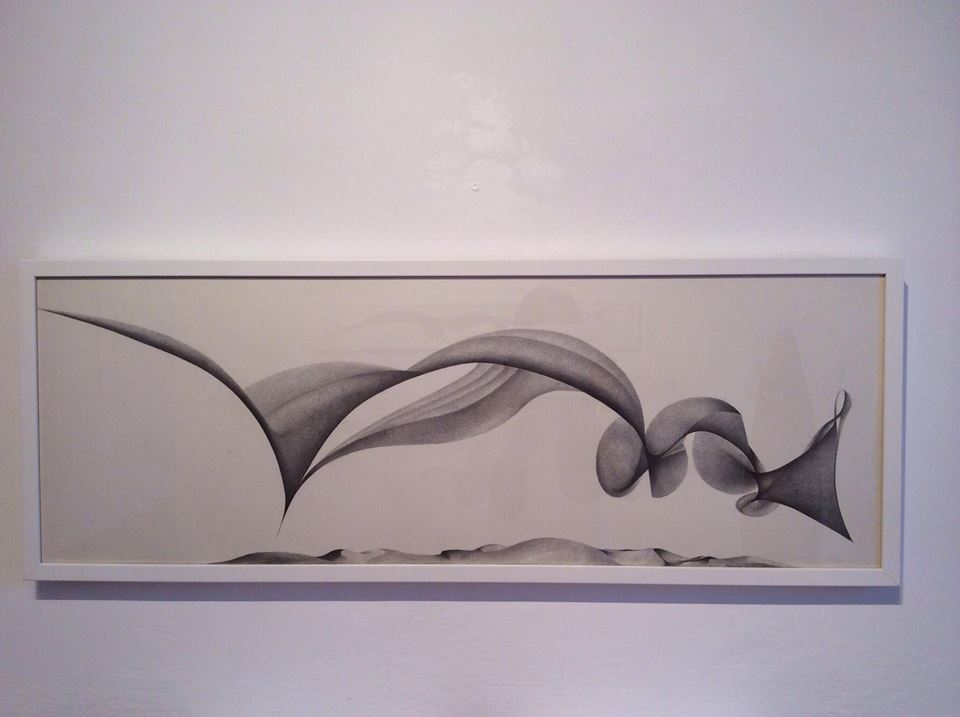 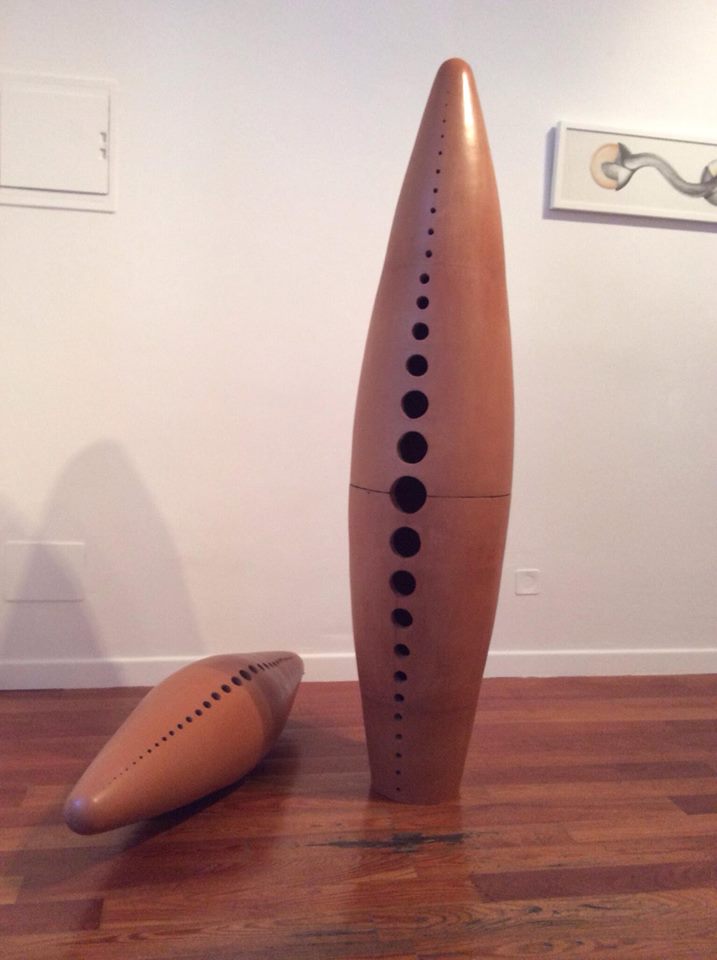 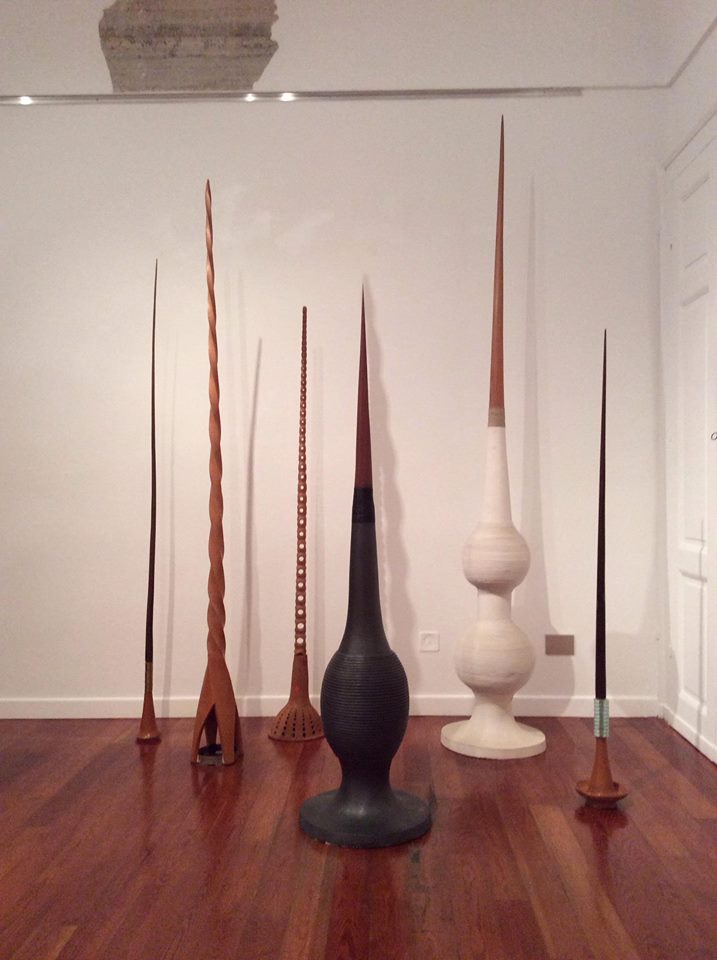 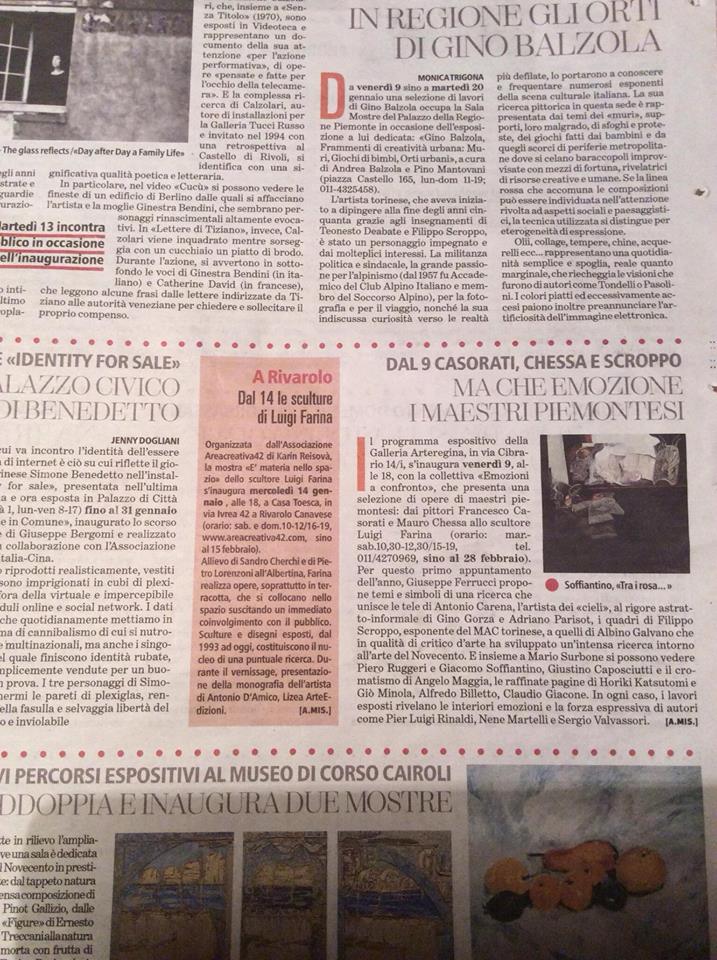 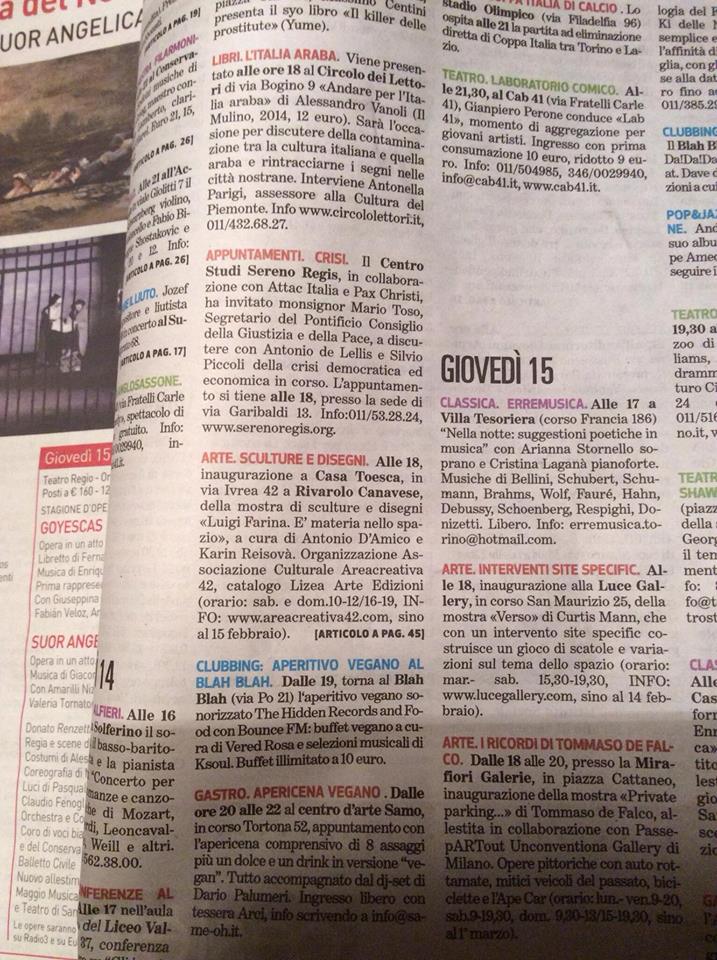 Areacreativa42 at Casa Toesca opens the new year with the works of the sculptor Luigi Farina, from 14 January to 15 February 2015. The exhibition curated by Antonio D’Amico and Karin Reisovà consists of a selection of sculptures and drawings by the artist, from 1993 to the present.

In the muffled and ancient environment of Casa Toesca the show creates a strong synergy between the works and space, a vital feeling of union and composure, of mutual interpenetration.

The sculptures of multiple forms and materials, especially pottery, between primitives lines and primordial evocations, create an immediate sensory and emotional involvement.

A bond exists primarily between the artist and his sculptures, easily perceptible by the observer that creates his own.

The works of Luigi Farina, whatever the form or material, evolve in an energetic empathy and an incredible vitality, often playful (as the artist is).

Antonio D’Amico wrote: “Farina is a skilful constructor of shapes with their own life, similar to shreds of a changing reality that is nurtured byspirits and comes from a corner of his mind pulsating with moments relived in his most hidden I, not revealed butjust sensed and then nurtured by memories. For Luigi Farina, the origins are the veins in which a creativity made up of ancestral symbols flows freely, in which the graphic and sculptural results offer objects connected to the farming world, where the earth is mother and refuge.. ”

In his career as an artist Luigi Farina dedicated himself to a personal journey which blends its Lucan origins with the time spent in Piedmont, from the studies at the Academy of Fine Arts in Turin with the master Sandro Cherchi.

The exhibition presents the results he has achieved today with a research that starts from the first proofs of the sixties, in a full Torinese Arte Povera environment.

The careful selection of the drawings in mixed media on paper transports us into a world of elegant motion, however unlike the sculptures they look ethereal and unreachable. The drawings are a revelation of the great sophistication of the artist, who in this case abandons the reference ground and materials.

The exhibition is accompanied by the monographic catalogue of the artist by Antonio D’Amico that will be presented at the inauguration.