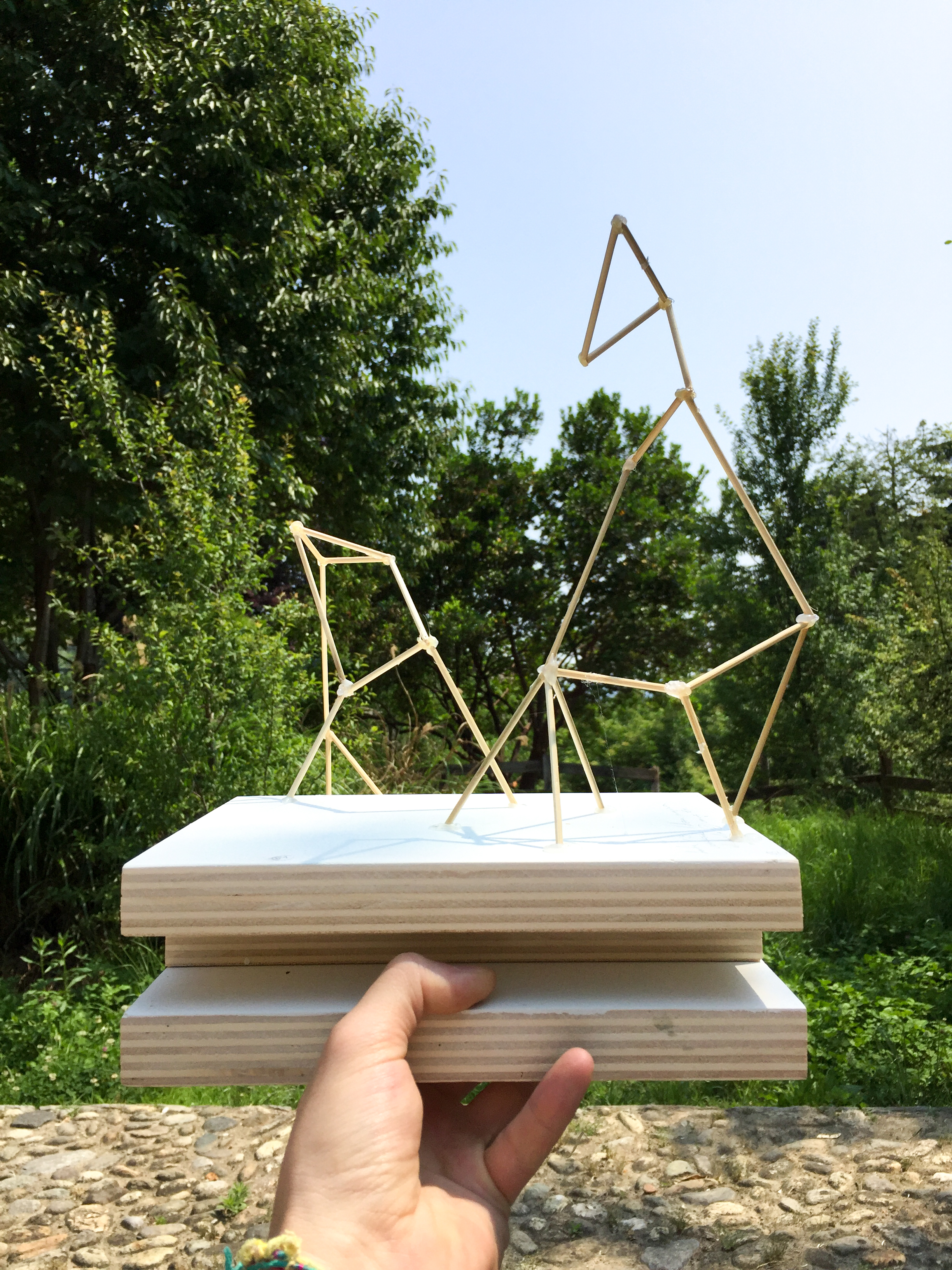 The artist Enrico Minguzzi was in the artist residence at Casa Toesca from 2 to 27 May 2017.
During his residency he worked on an installation project to be located in the Municipality of Valperga on the path to the Sacro Monte di Belmonte. In this project, the intent was to bring the geometric elements into the reality of the place.

During his residence, Enrico Minguzzi worked on an installation project to be located in Valperga on the path to the Sacro Monte di Belmonte. In this project, the intent was to bring the geometric elements into the reality of the place. The aim of the residence was for the artist to detach himself from painting at the specific moment in order to deal with the site specific installation of a work that the artist had long wanted to achieve. With Minguzzi, we initially proceeded to the general setting of the project, then to the inspections with the local Administration for the identification of the areas suitable for the site specific and following a first documentation of the areas available through the photographic medium. The artist has made drafts and following the bureaucratic process the work was inaugurated a year later in the presence of the artist and the regional and municipal institutions.After a series of inspections, the area was identified (a stretch of green area located on the left side of the road towards the sacred Monte di Belmonte) and agreements were made with the Valperga Administration which collaborated on the project. The intended area was in a strong state of neglect and was cleaned and restored. In this way the biotechnical interventions consisting of some plants placed by the Park Authority years ago to activate naturalistic and cultural tourism that the administration intends to promote in its territory have been enhanced. A phase of understanding of the technical aspects followed: choice of materials, technical construction, transport and assembly, authorizations from the relevant bodies.

The installation project was born as a development of the pictorial work of the artist who for about six years has been carrying out research totally dedicated to nature focused on the con guration and abstraction. Hence the need to insert elements extraneous to the subject was born, depriving him of his intrinsic balance and trying to find a new and different one. The geometries that the artist inserts in the painting before and in the installation now consist of irregular polyhedral lines played between full and empty. The result is an image or a place that presents internal contamination and suggests questions about these “presences”, but capable of having its own rediscovered stability. The goal is not to give an answer about “what it is” or what is represented, rather simply to reveal something that in reality is there but is not visible. The result is a steel structure that forms irregular geometric lines that integrate with the surrounding place and vegetation. The structure is painted light magenta in order to accentuate its foreign nature. The installation consists of 4 blocks in their own right, ie detached from the others and anchored to the ground independently.

During is residence there were education workshops with adults and children.

INVISIBLE, permanent site-specific installation by Enrico Minguzzi, created thanks to the contribution of Areacreativa42 and the Municipality of Valperga (with the patronage of the Piedmont Region) was inaugurated on April 8, 2018. 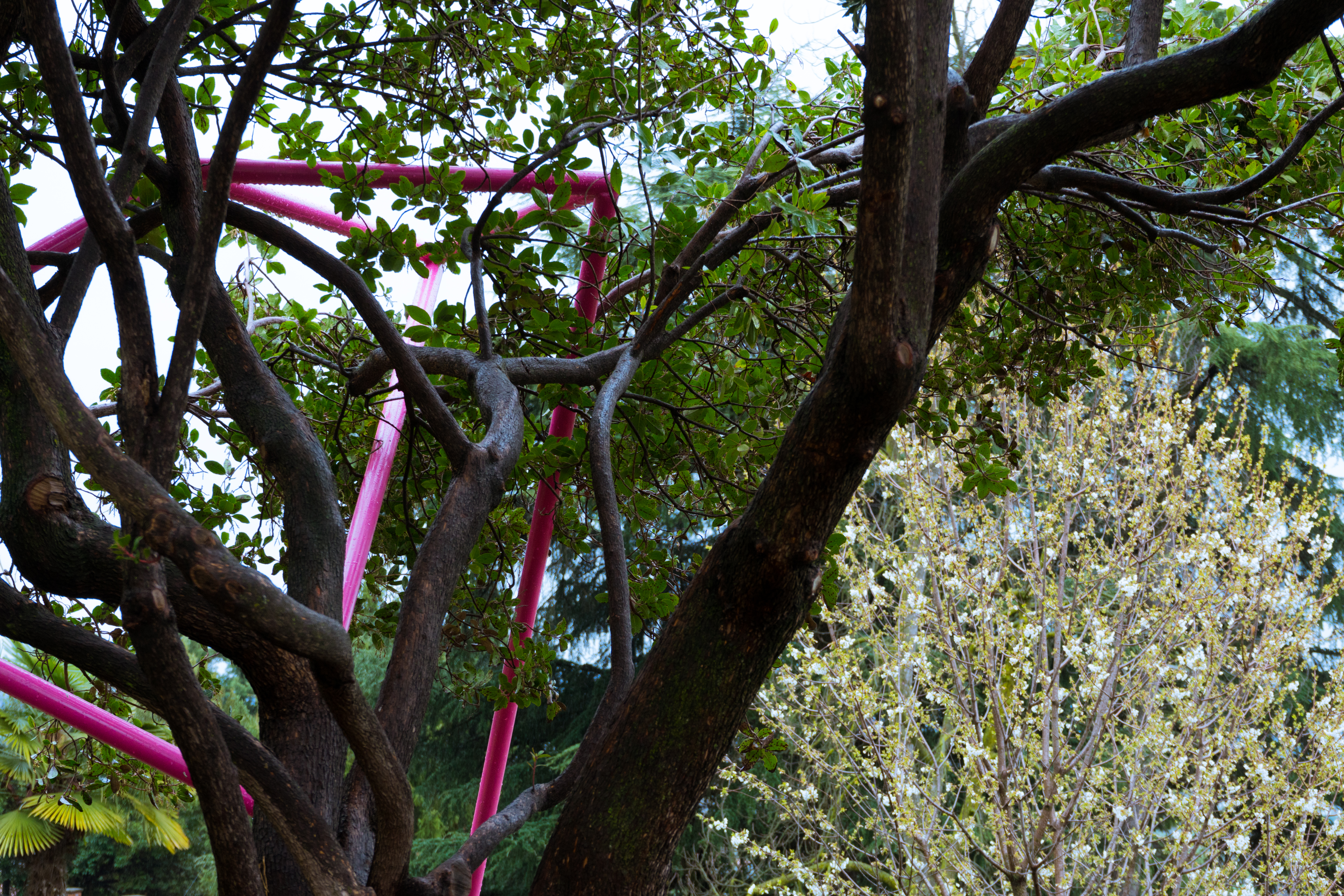 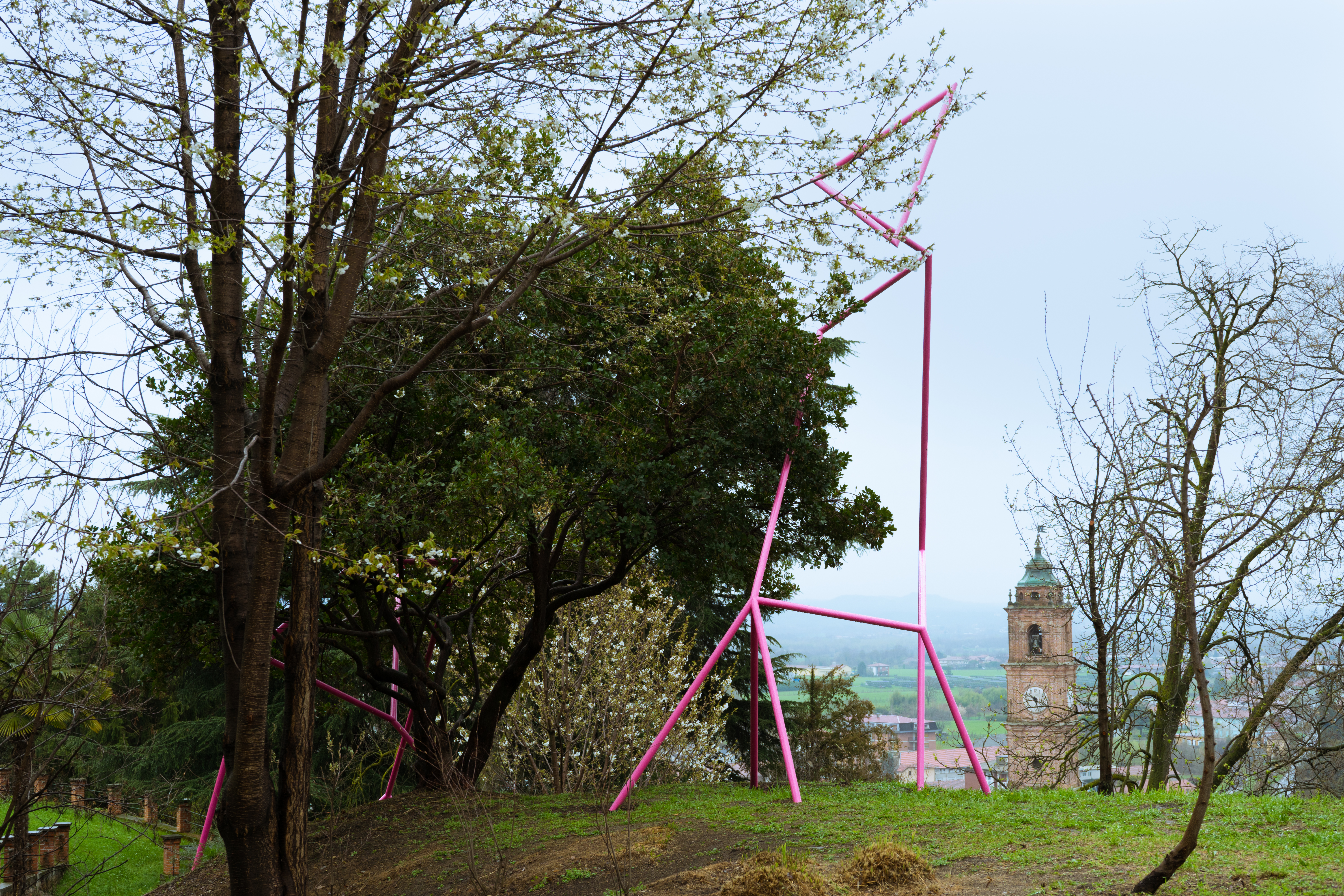 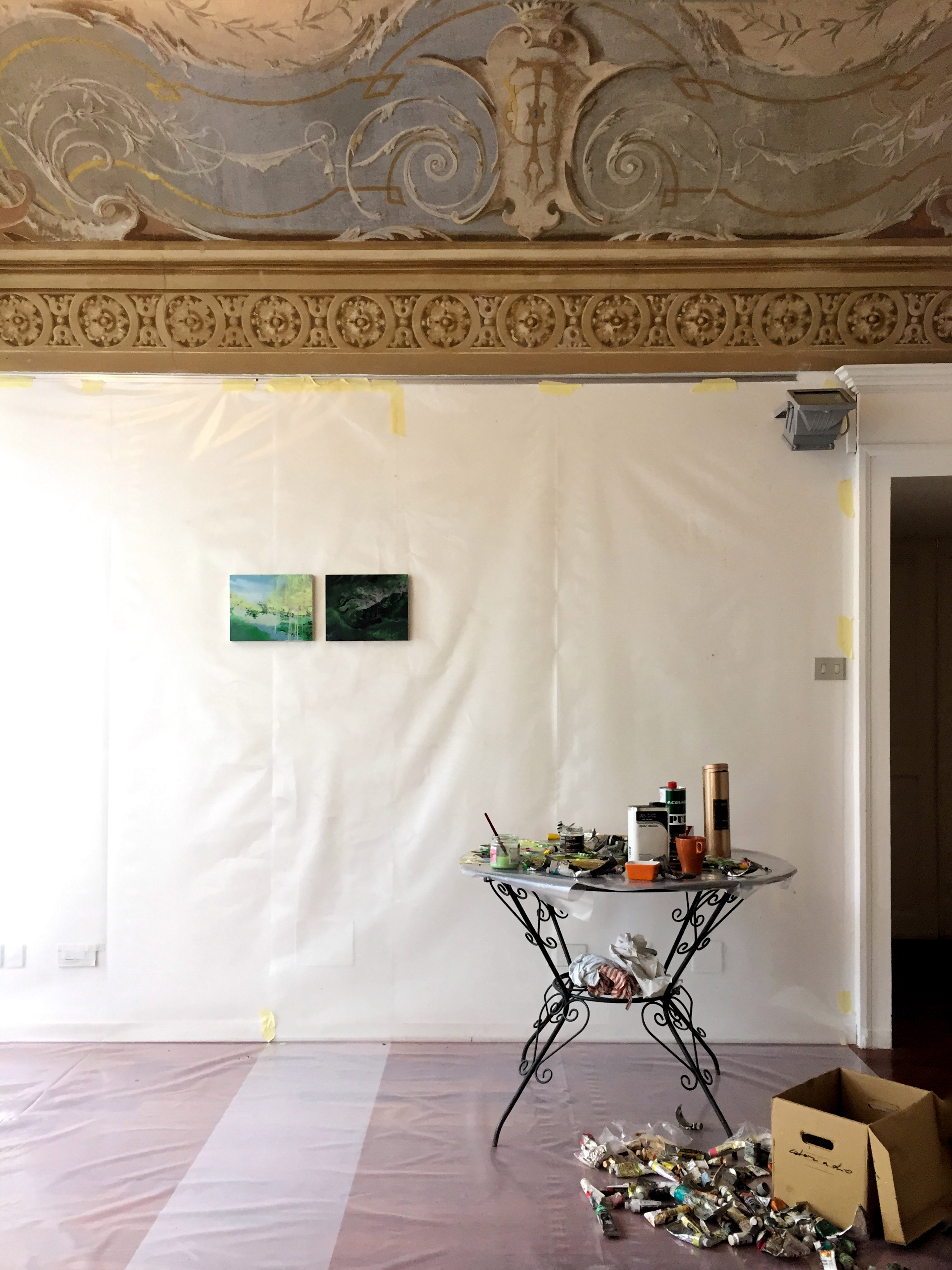 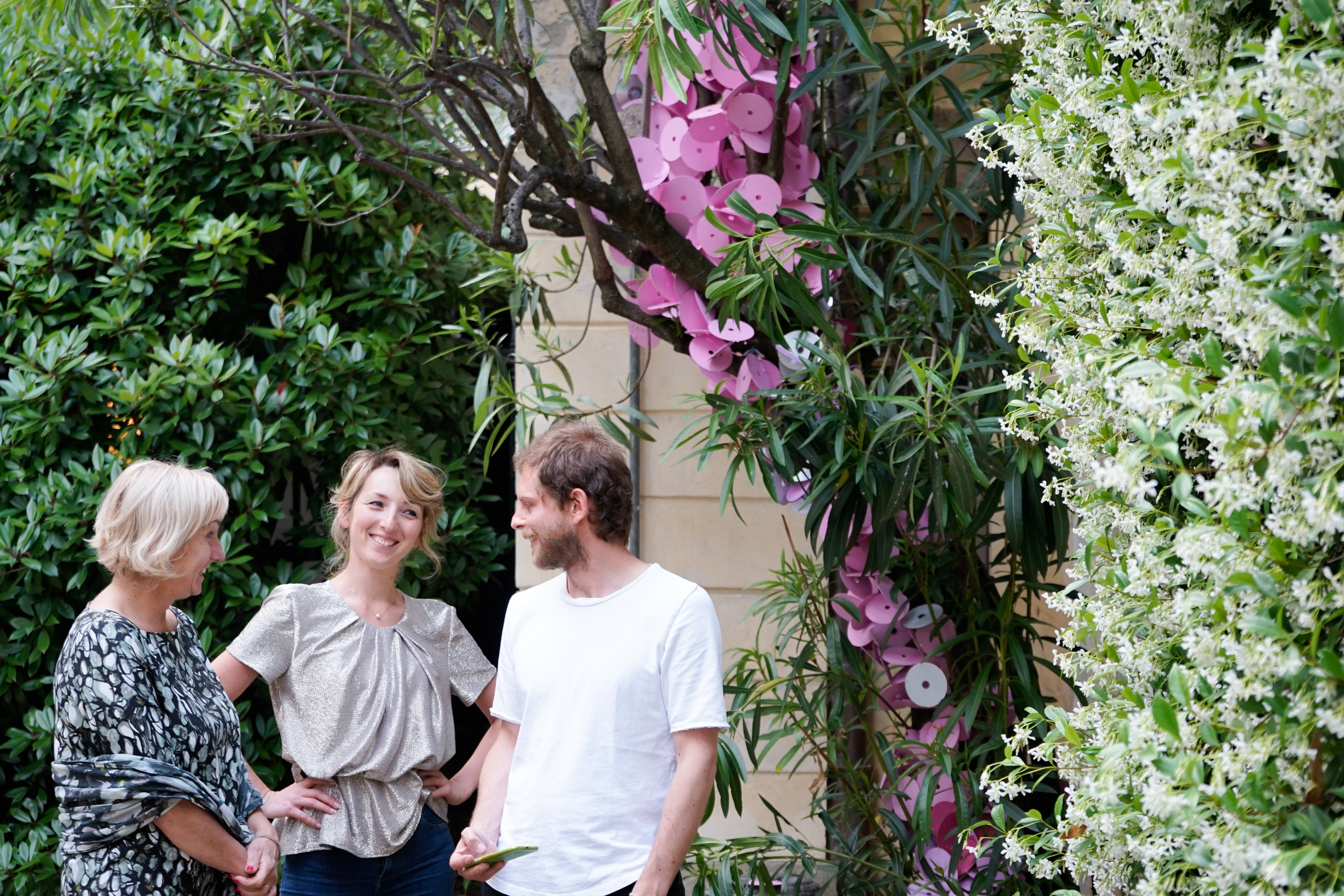 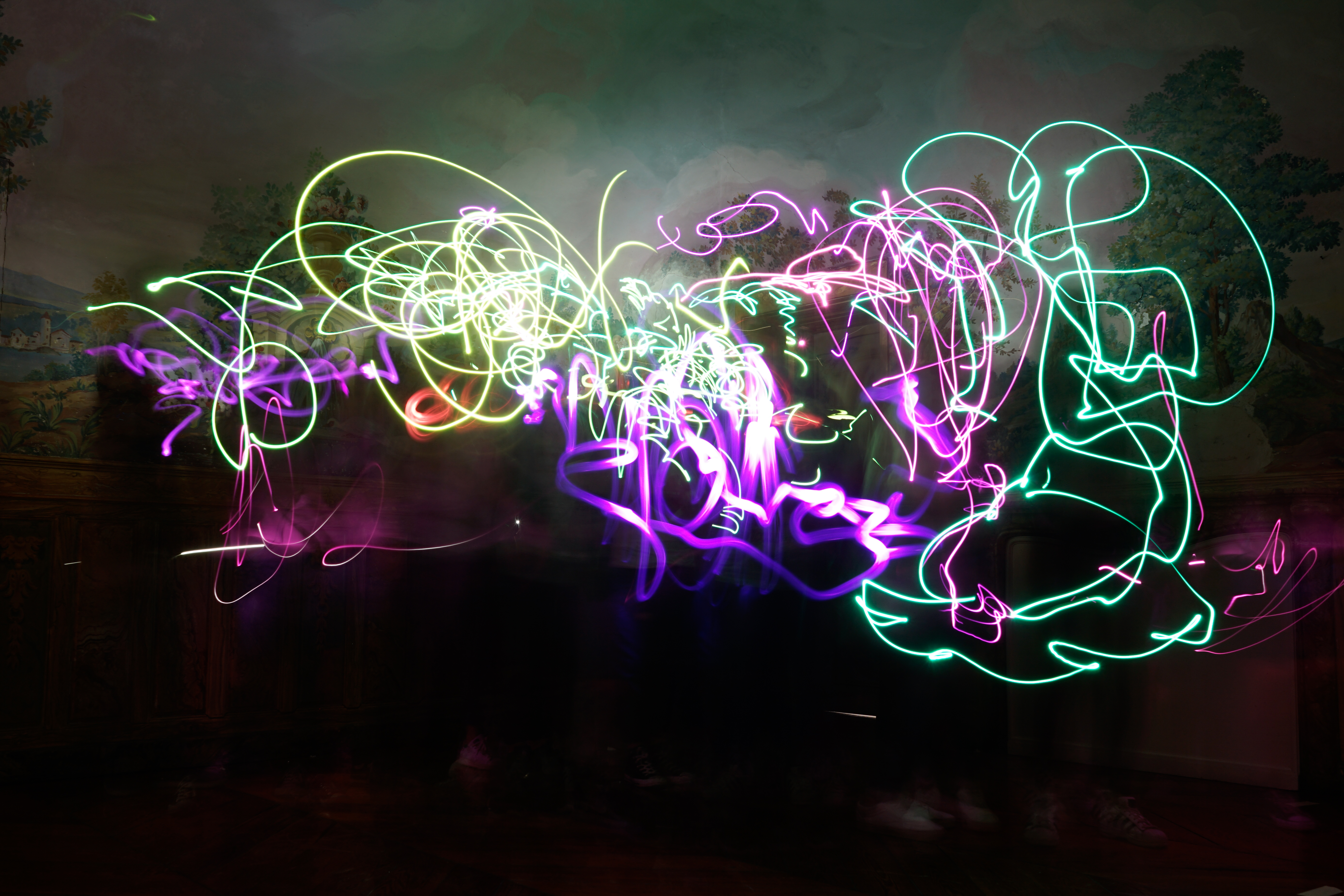 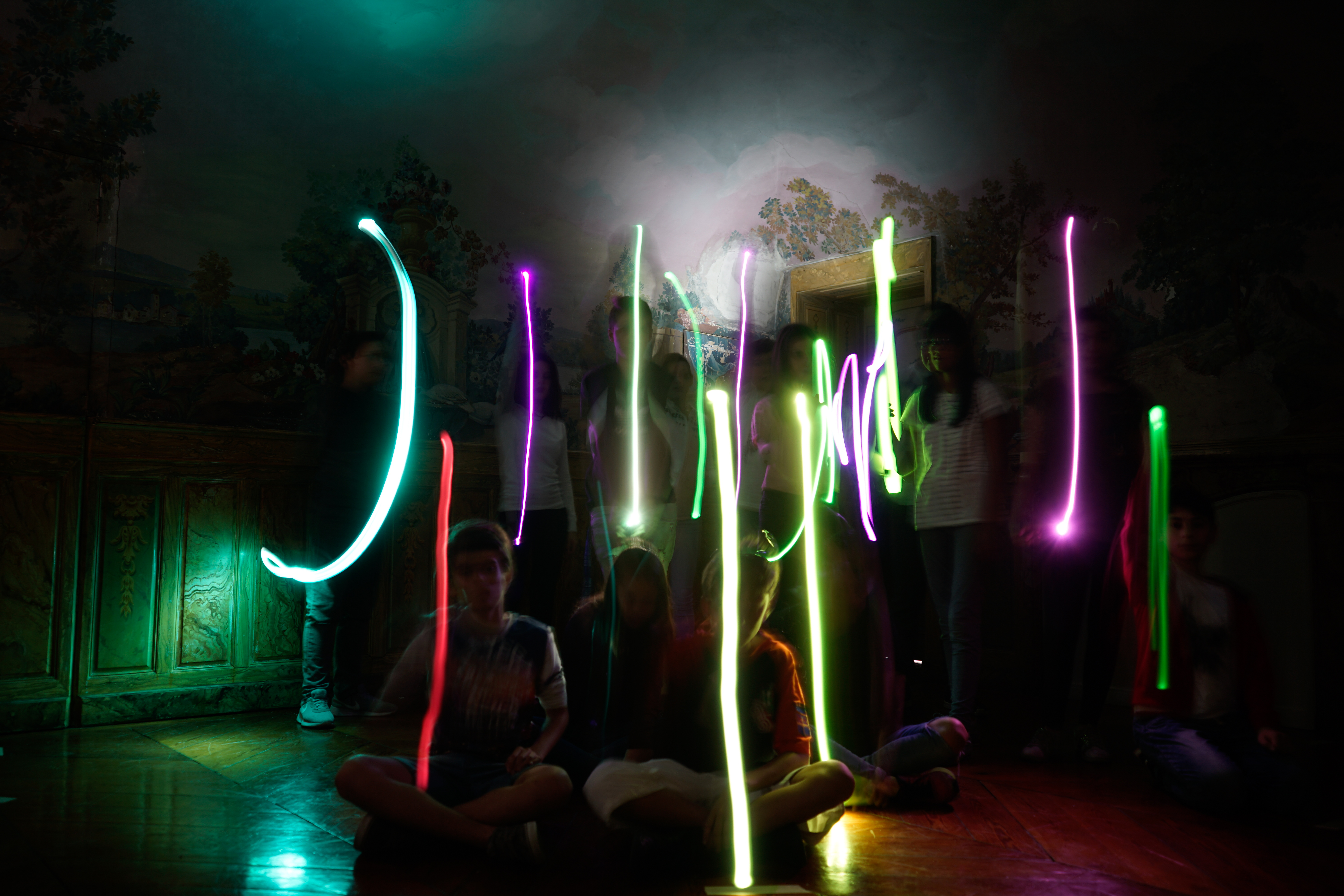 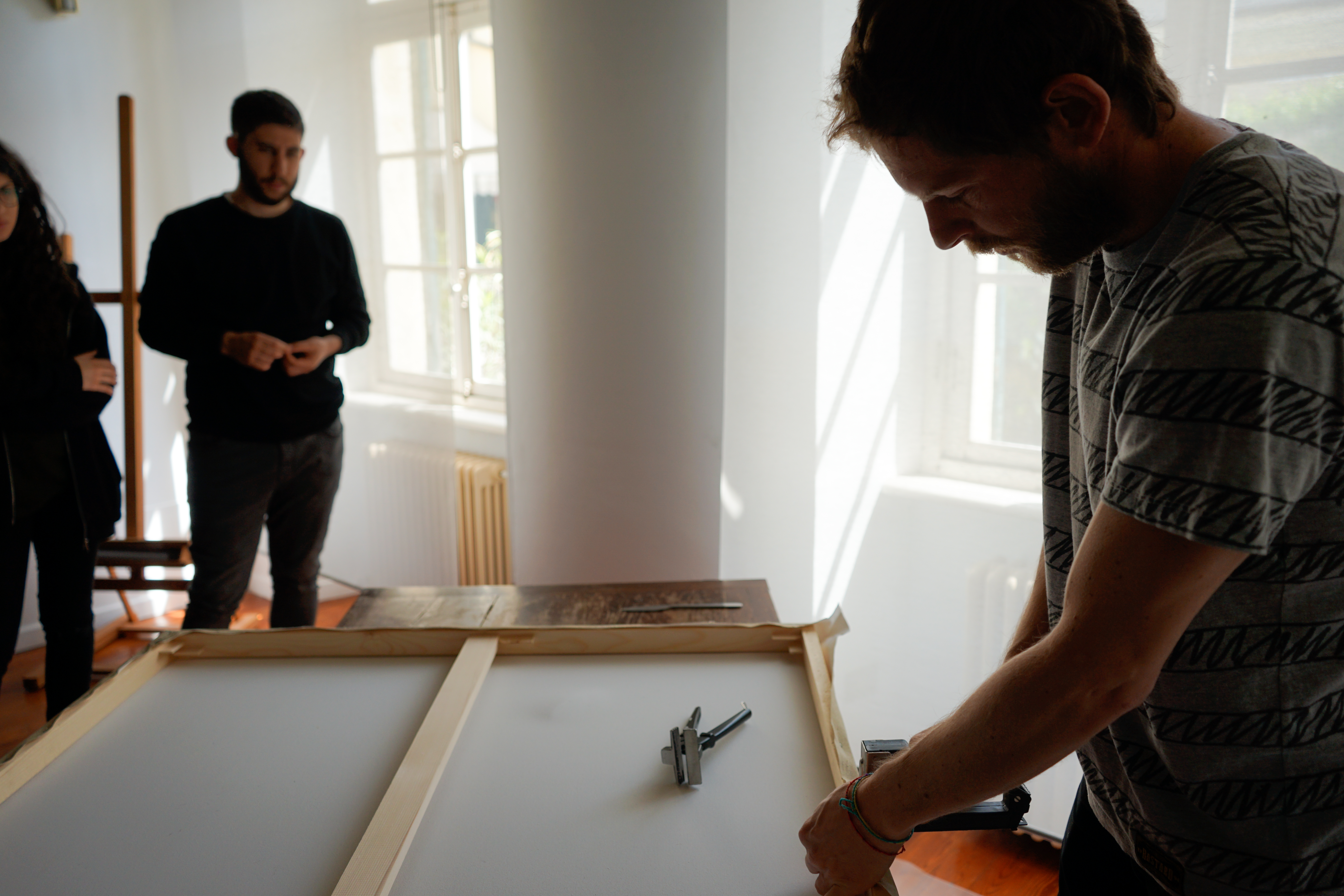 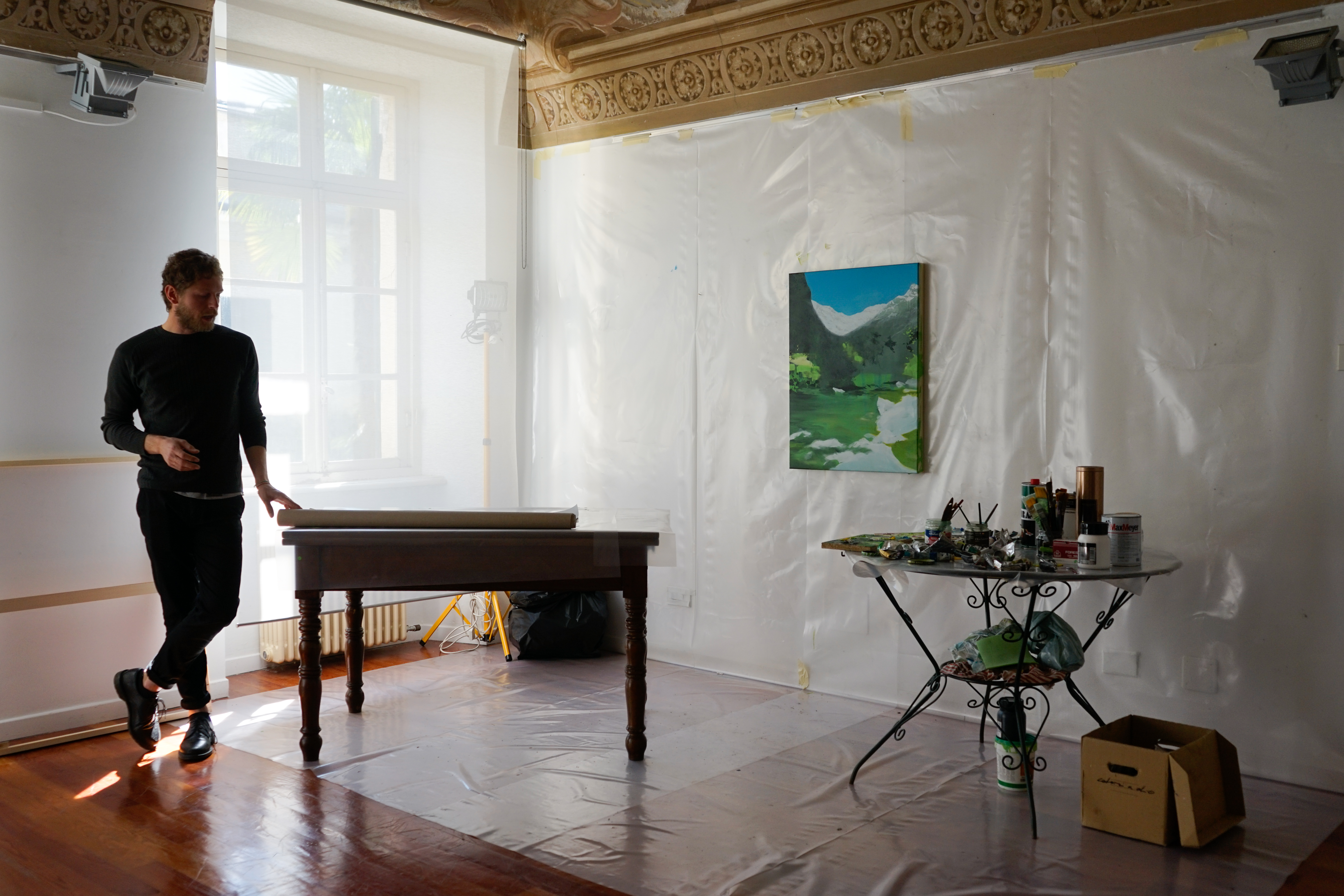