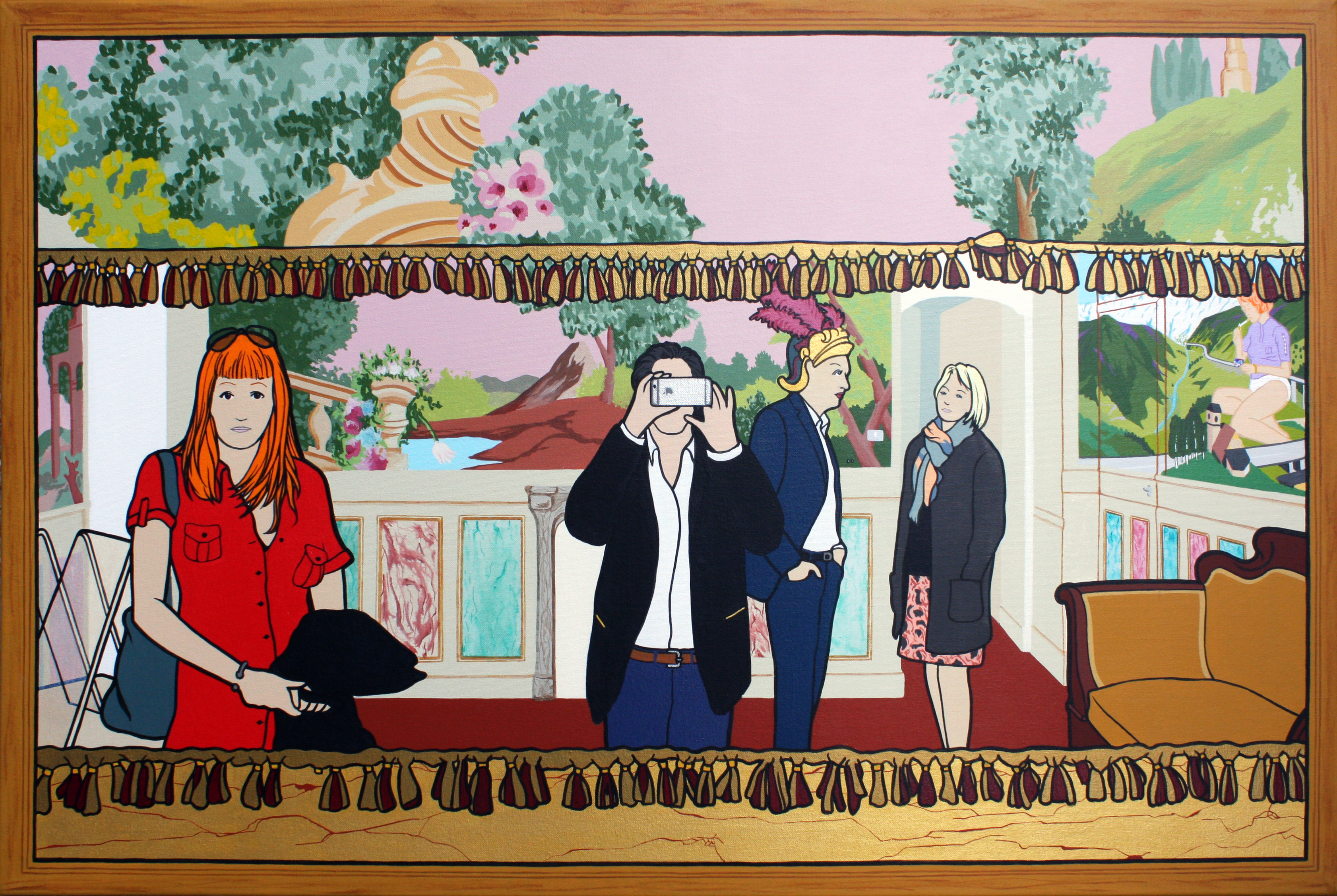 Paul Harvey tends to document what surrounds him and the things that happen to him. There is a strong autobiographical element in the work, but with a universality that, he says, enhances what he does. Sometimes he calls his paintings “painted poems” because of their charm, and he feels a psychological connection with the work of Karel Teige, the Czech avant-garde. Harvey speaks of Teige’s collages as exquisite combinations of female figure, landscape and architecture. Teige himself said that “all art is nothing more than a transposition of eroticism” and “there is no theme other than the omnipotence of love” and Harvey understands it. According to Harvey, Teige’s collages have a strong and authentic surreal element, but they give a feeling of reality, like nature, in fact. He sees all these things as important aspects of his work, particularly in the way apparently unrelated elements come together but to make sense and make sense. It could be seen as a magical realism. Mountain landscapes have appeared in his work for many years, mainly due to a trip made in Switzerland as when he was still a schoolboy in 1973. Consequently, when in the summer of 2017 he worked as an artist in residence at Areacreativa42, with the Alps at ‘horizon, said it was like working in one of his paintings. It is the type of environment that is happy to explore and romanticize, but not at the expense of truth. During the residency period, the artist started and created a cycle of works on the theme of Italy. The artist Paul Harvey created a cycle of works on the theme of Italy. Starting from his memories of a holiday in Savona as a child in 1967 and of his visit to Turin in October 2016. In this case the artist related to the Italian tradition as a myth, superimposed on the gaze of the child in a foreign country. He created a cycle of paintings, acrylic on canvas, which were exhibited at the end of the residence. At the same time, we studied the history of Olivetti in depth with the artist in order to propose an exhibition on the occasion of Ivrea’s candidacy for UNESCO.

The residence ended with the exhibition An englishman abroad (19 June – 20 August 2017). 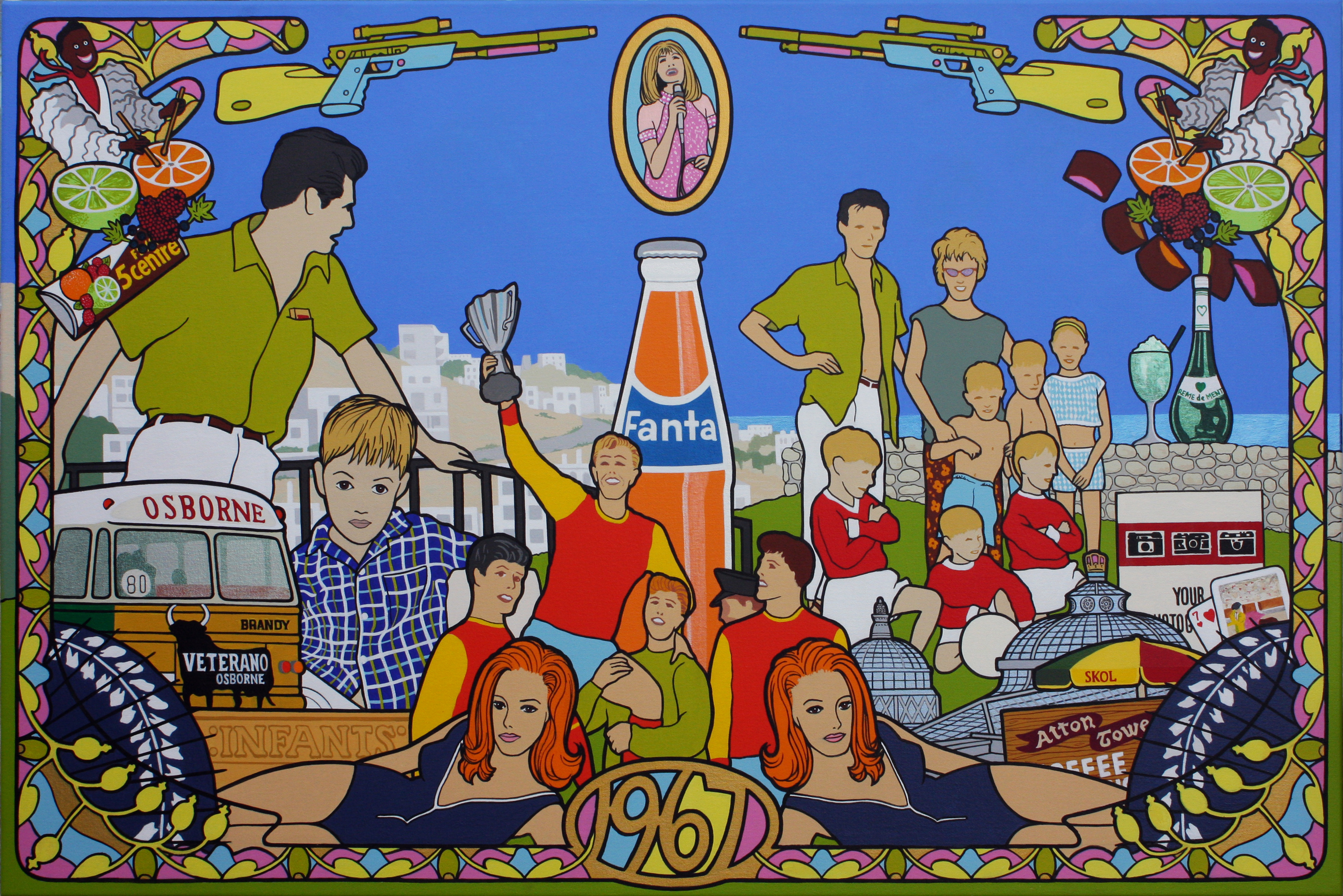 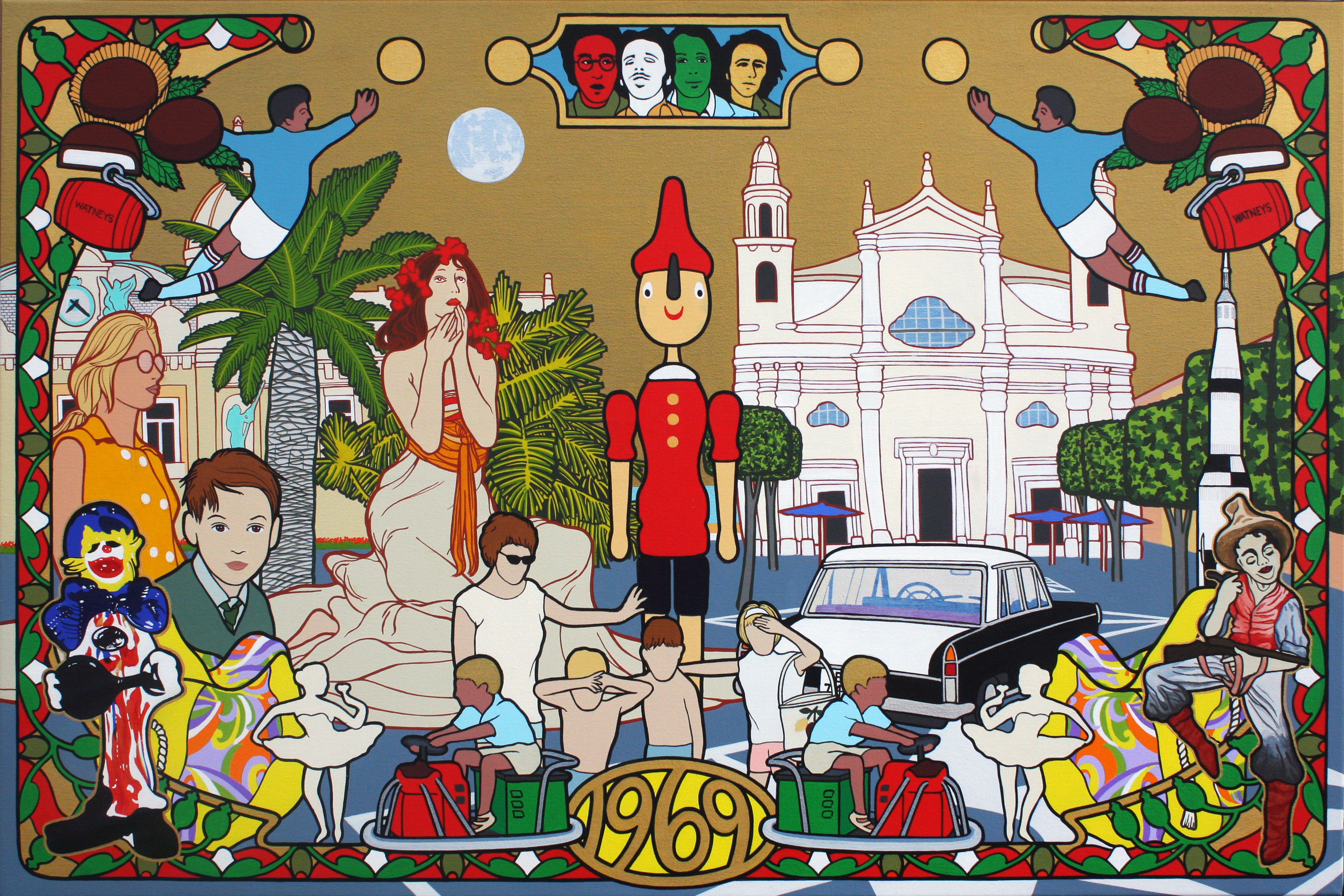 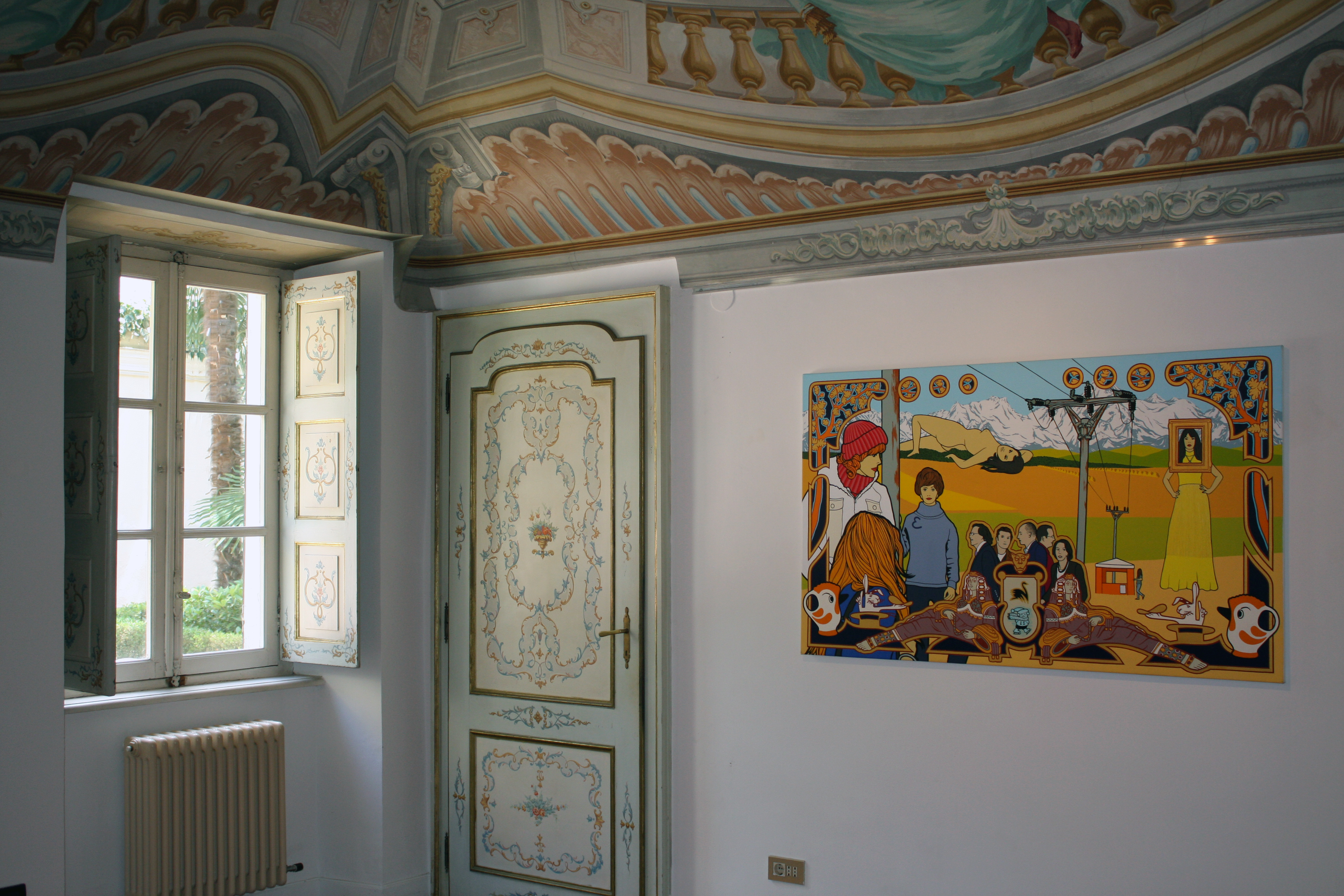 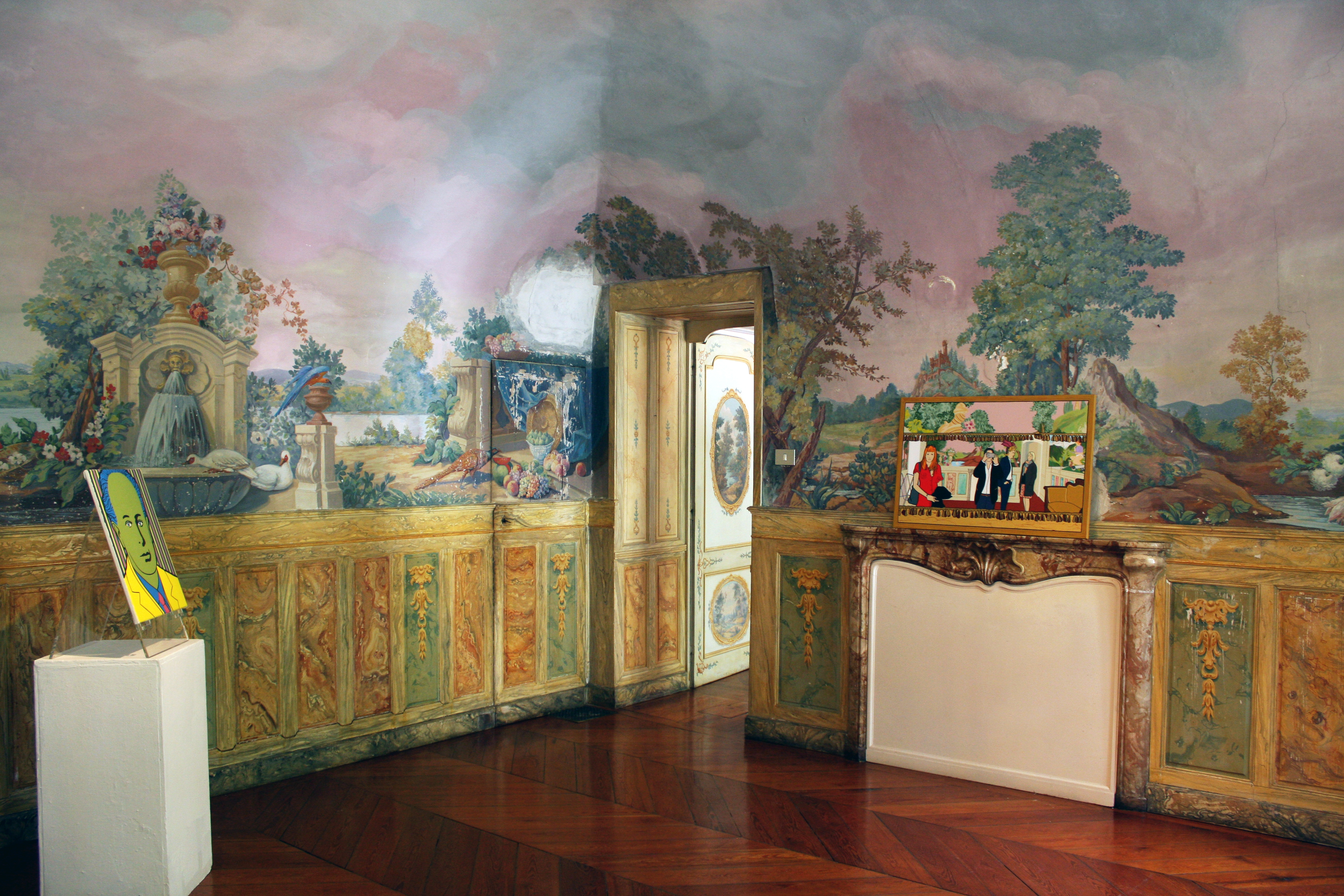 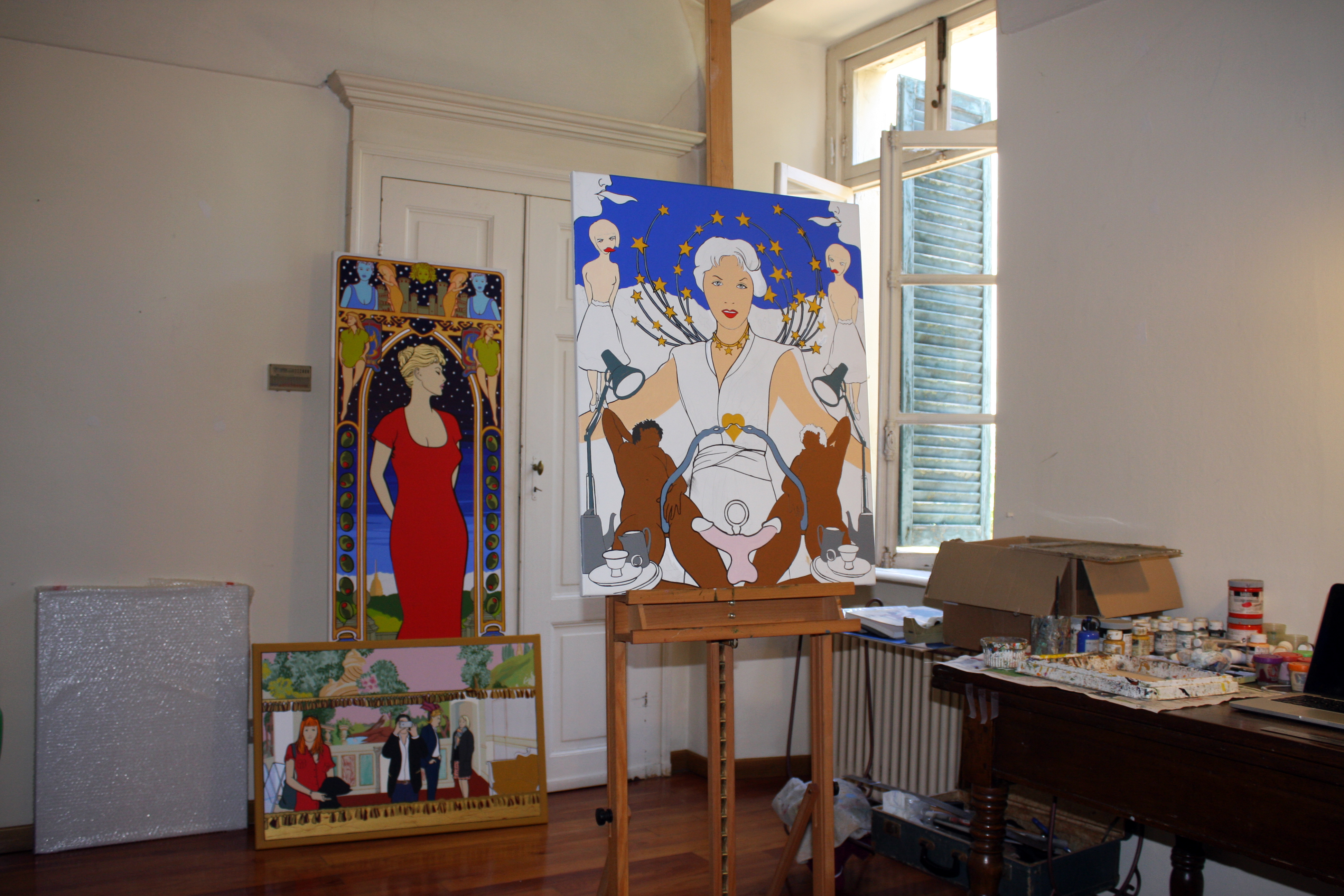