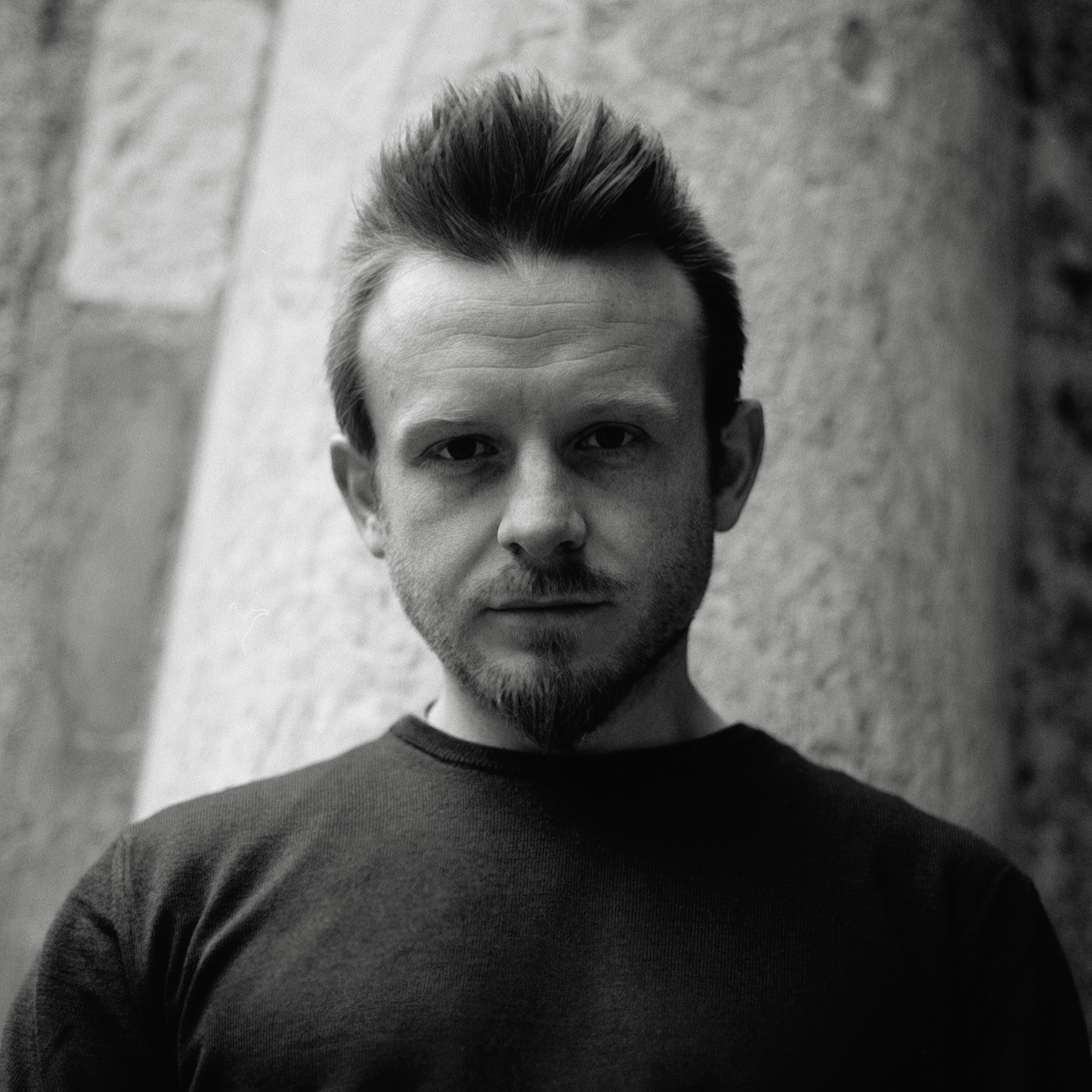 Nicolò Ferrario is the third artist hosted in the RESIDENT PHOTOGRAPHER project (click for more info) aimed at the production of 10 “artist postcards” of our city, Rivarolo Canavese.

After completing his studies in aerospace engineering in 2011, he began studying photography in 2015 at the Italian Institute of Photography (IIF) in Milan, completing his career in 2018. In 2019 he participated in a focused course at Bottega Immagine in Milan on visual arts and artistic experimentation in photography by Silvia Bigi. Since then, he has carried out personal projects in the field of visual arts with a particular focus on scientific research: through the use of photography he wants to bring science, in its most diverse manifestations, into art, believing that there are multiple points of contact between the two disciplines. Starting from the observation that our society bases its survival on technology, he intends to give an alternative interpretation to the apparently aseptic and sterile aspect that gravitates around science.

The project: Back to the future

“Education is not an individual matter but, by its nature, it is a thing of the community. The Greek concept of paideia indicated, in its highest meaning, a pedagogical process whose ultimate goal was the individual’s achievement of an ideal, a goal to be pursued throughout life Paideia set itself as its goal the interiorization of those universal values ​​which constituted the ethos of the city, of the territory and whose assimilation constituted the structure of the future life of each subject.

The territory is finely intertwined with the actions of its inhabitants. The territory is an incubator, a place of worship, a totemic place where the individual businesses that have become universal echoes of its most praiseworthy citizens. Would the actions performed by these men still have happened if they were born elsewhere? How important is education transmitted “from the territory” in the creation of exceptional enterprises? Starting from this reflection I intend to push the observer to reflect on the importance that the cultural and pedagogical humus of each place has in the growth and development of its individuals in order to tend towards the creation, as it was in the Greek ideal, of man. universal. I therefore imagined, through a sort of space-time contraction, that the deeds carried out by illustrious Rivarolese citizens of the past would relive in the same places that laid the foundations for such enterprises to take place. Through a process of superimposition, I combined period images and images taken directly in Rivarolo Canavese in order to bring back to their origin the actions that these men and women have carried out during their lifetime. “

“As soon as I arrived in Rivarolo I started walking through the streets waiting for the town to speak to me, to inspire me. I had already recovered some information here and there but to understand a place, there are no other ways, you have to live it. I like it, from time to time, look at the plaques affixed to the facades of the buildings. Do you know those plaques that read “he lived here …”, “he was born here …”? I like to go and peek at the life of the people mentioned in those In short, it is pure curiosity (although I believe that in people’s biographies there is much more than mere events) However, it often happens that ten minutes later I forgot everything. This time it was different.

It all started with the photo taken with a mobile phone on the license plate of a certain Adalberto Mariano posted in via Berone. “Polar Explorer” read the plaque. Wow. Back at the Toesca house, I began to gather information and then, sitting in the garden, I looked up and in my head I saw an airship crossing the blue sky. How nice that would be! From here my research expanded and I came across magnificent characters: from Farina to Verna, passing through Alerino and Luigi Palma. It seemed to me that the country had finally spoken to me and had done so through its past citizens. I said to myself: all this has happened in such a small country. Rivarolo is a rich country. It is a country steeped in culture, history, events, adventures. From here the modern history of the world has passed. And here he must return. “