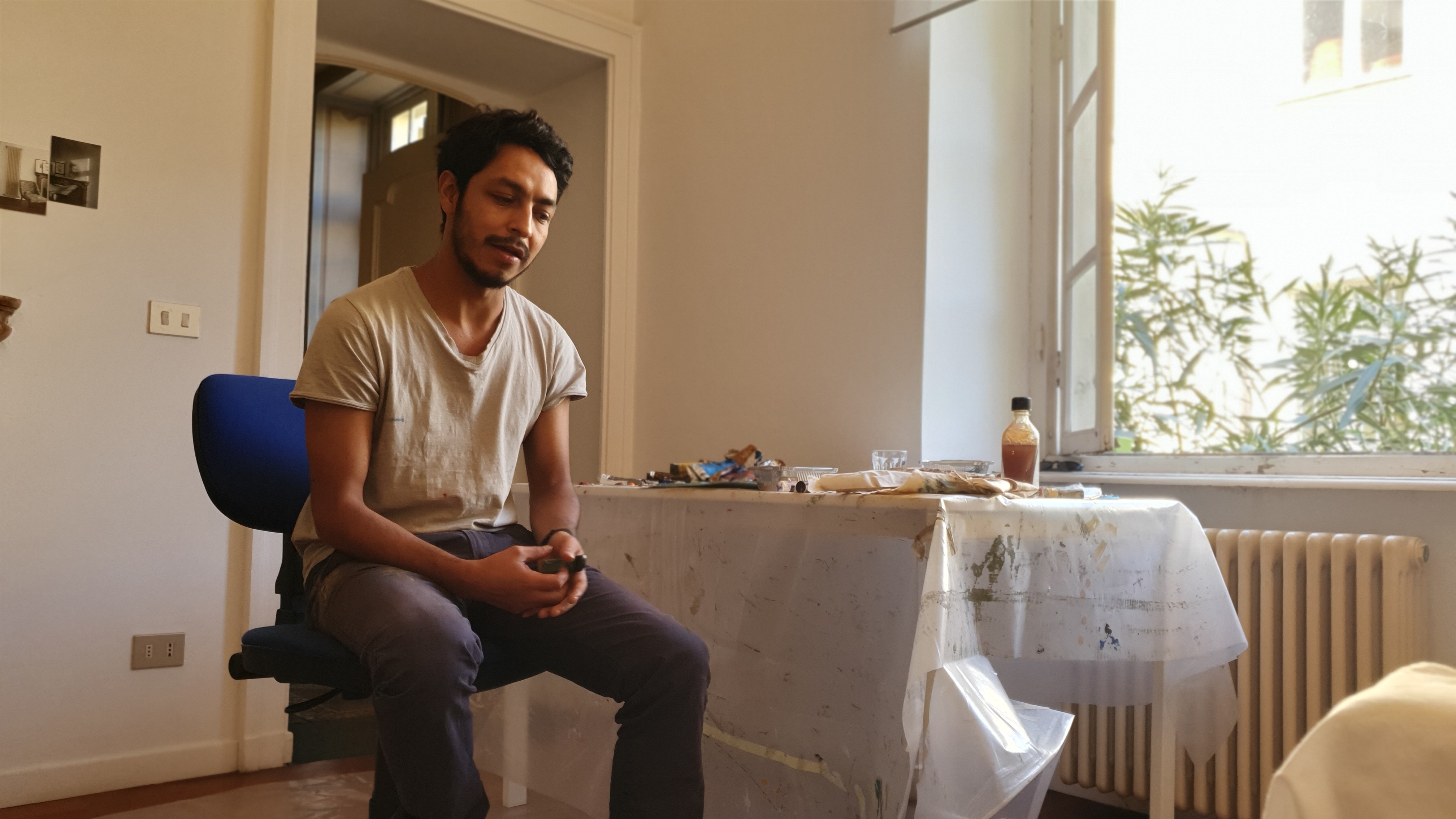 Oscar Isaias Contreras Rojas (Toluca, Mexico – 1986) lives and works between Florence and Venice, where he graduated in Painting from the Academy of Fine Arts in Venice.
He was in residence at Casa Toesca from 1 to 15 October 2019.

After finishing high school, Oscar left for a trip to Europe, coming to Venice during the last week of enrollment at the Academy of Fine Arts of Venice: he passes the admission test, wins a scholarship and starts painting courses. His oil paintings explore the theme of the landscape, rendered as a suggestion through strong brush strokes.
It is nature that predominates in Oscar’s paintings, suggested by an impetuous and evocative sign, which recalls Turner’s romantic and tormented landscape, of which he proposes a personal vision. Oscar inserts figures of indefinite identity, sometimes elements taken from works by great modern painters, such as Michelangelo, Tiziano, Tintoretto.
Oscar works on several paintings at the same time, so you can go back to each of them after leaving them, seeing them again with a cold mind. Its intent is to create a suggestion in those who approach their work, different for each one based on their own experience and cultural background.
Oscar’s works change shape: found at Casa Toesca of the rolled canvas, Oscar decides to bring the reflection started on the small squares of cardboard to a large size. The large canvas is still linked to the theme of the landscape and connected to three other minor works made at the same time: the common thread is the sea, which appears in every painting in hinted strokes. Nature predominated impetuously, as always.

Between Oscar and Casa Toesca, immersed in a quiet and secluded context in the heart of Rivarolo, a connection was immediately created: the garden, full of light and different trees, was the source of the first suggestions impressed on the artist’s paintings during his residence . 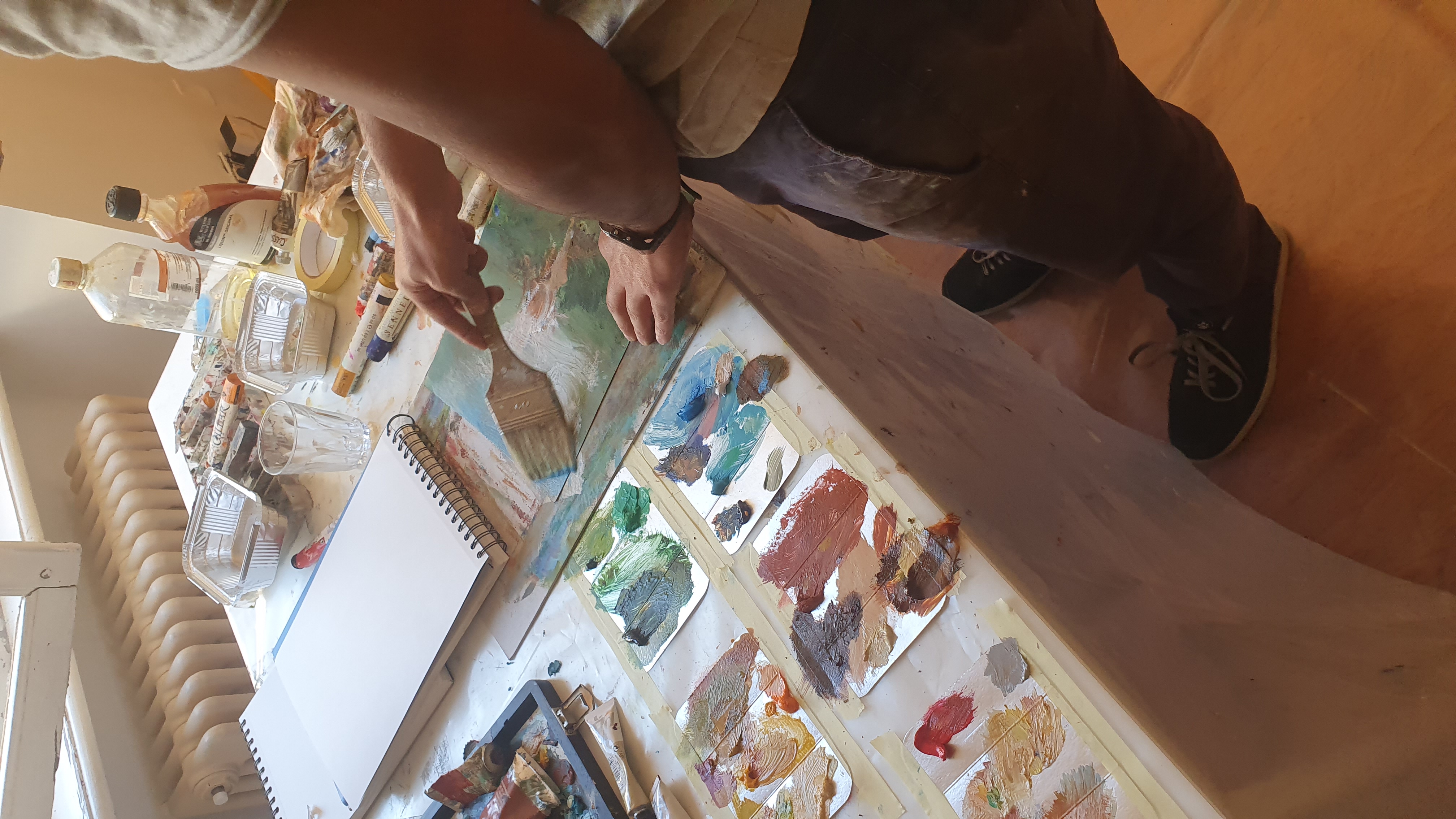 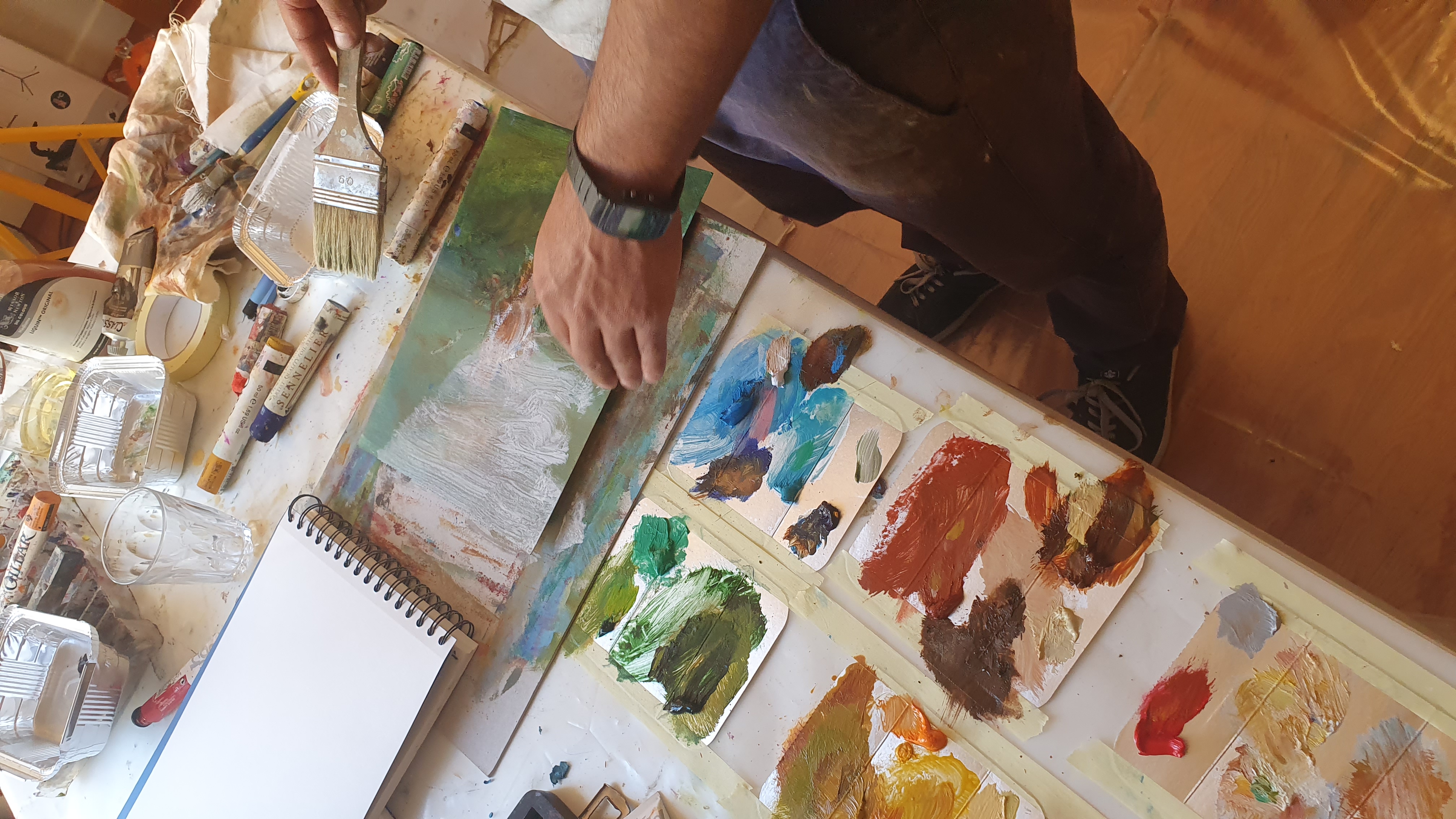 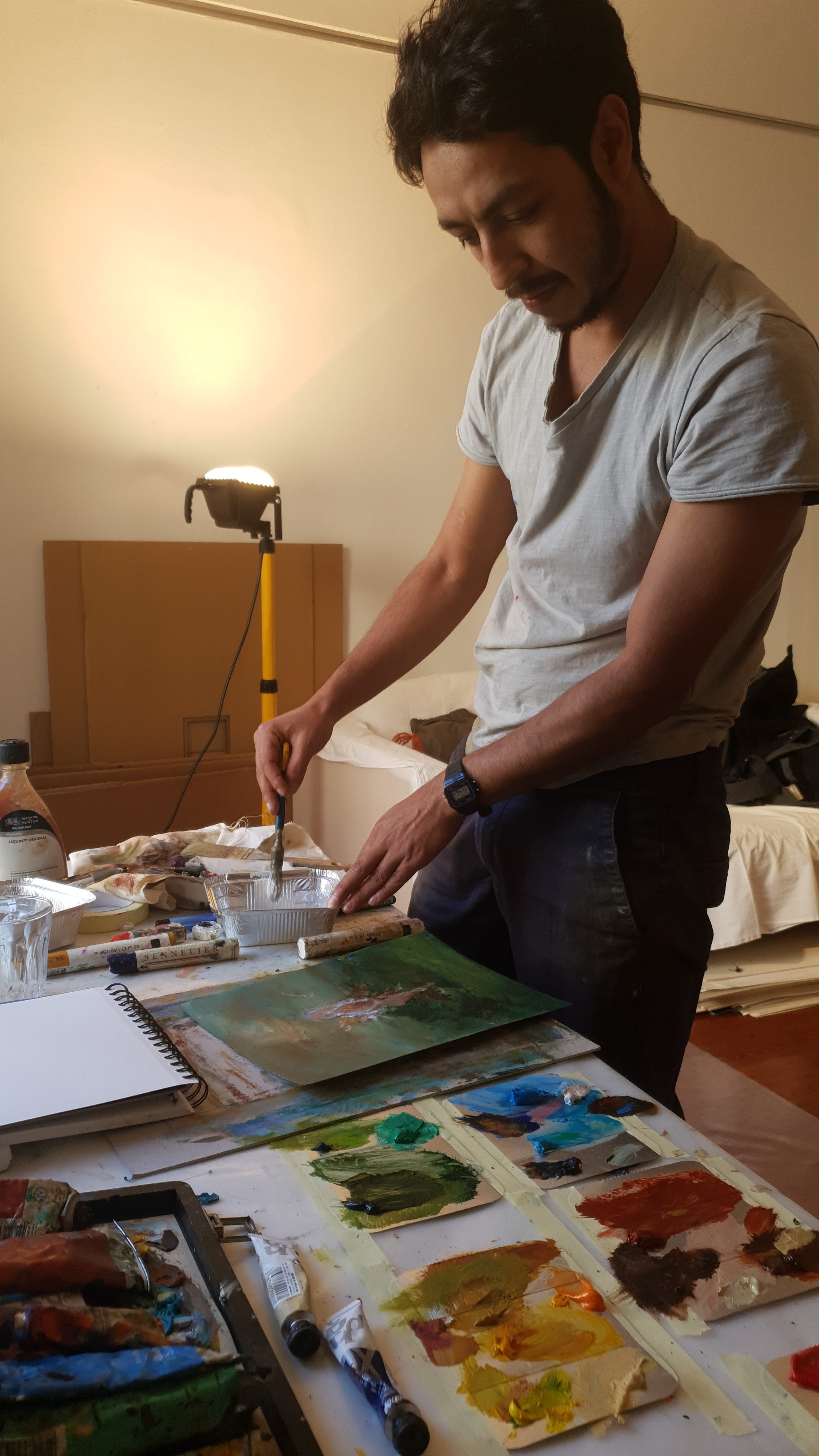 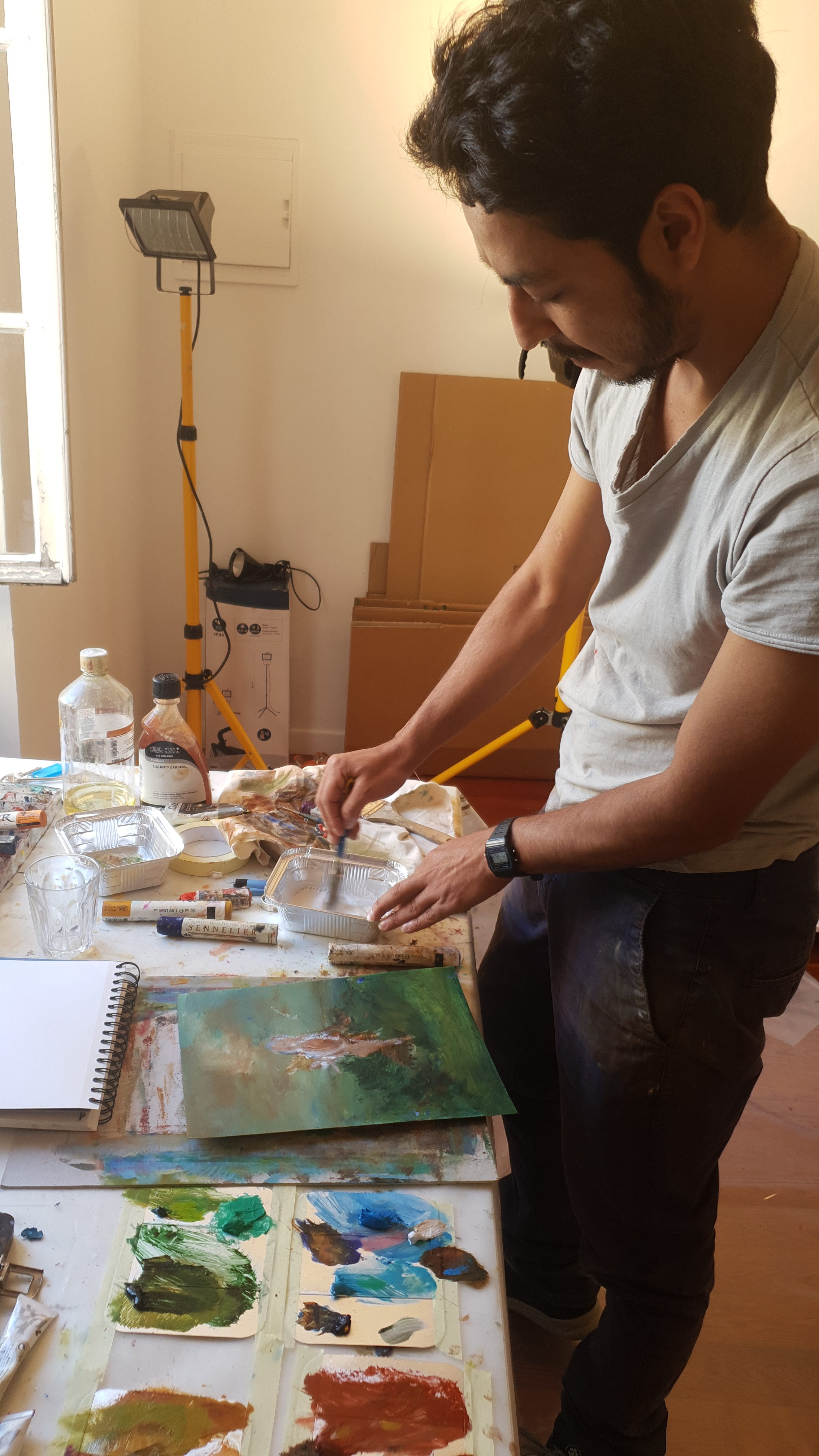 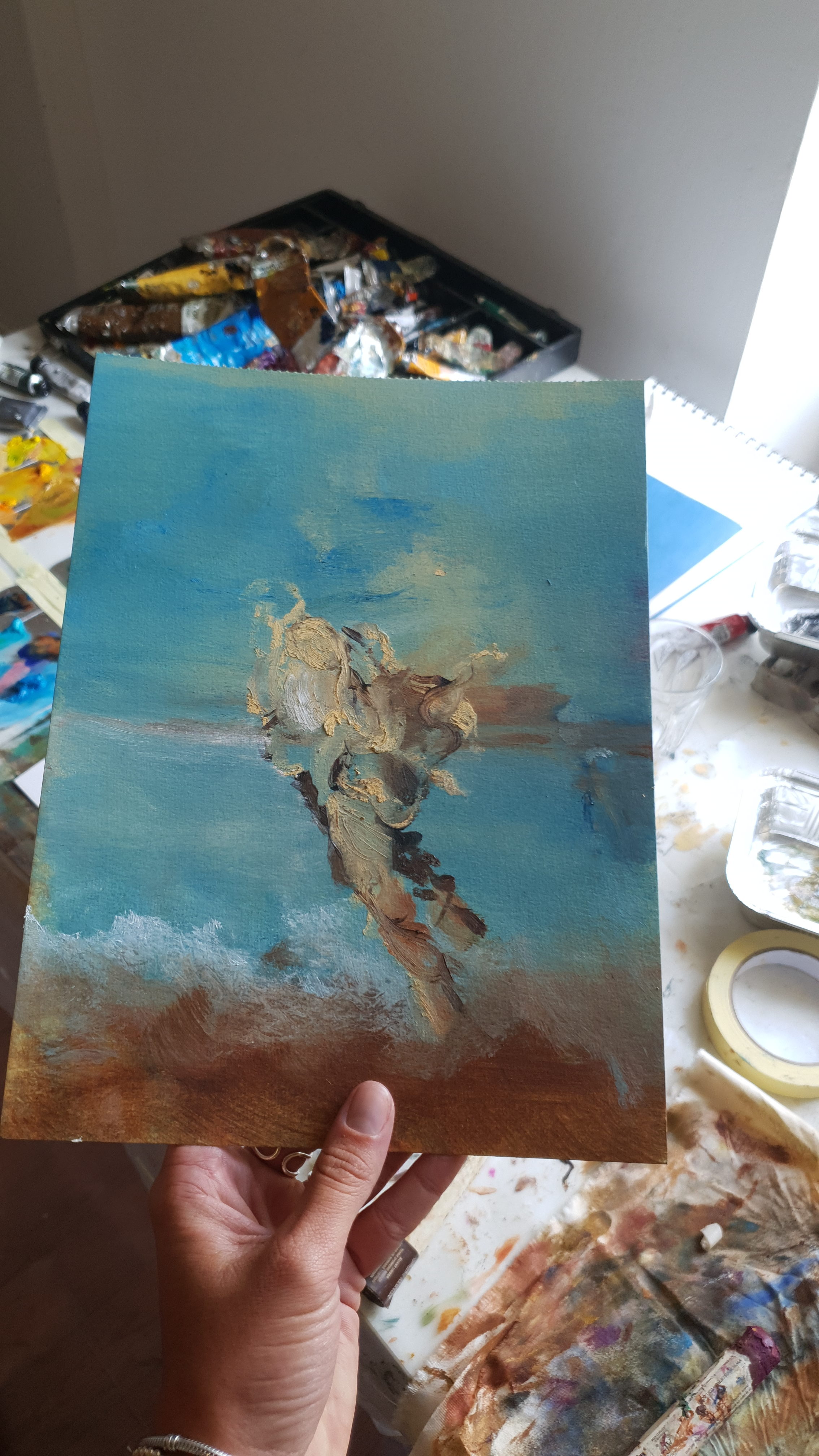 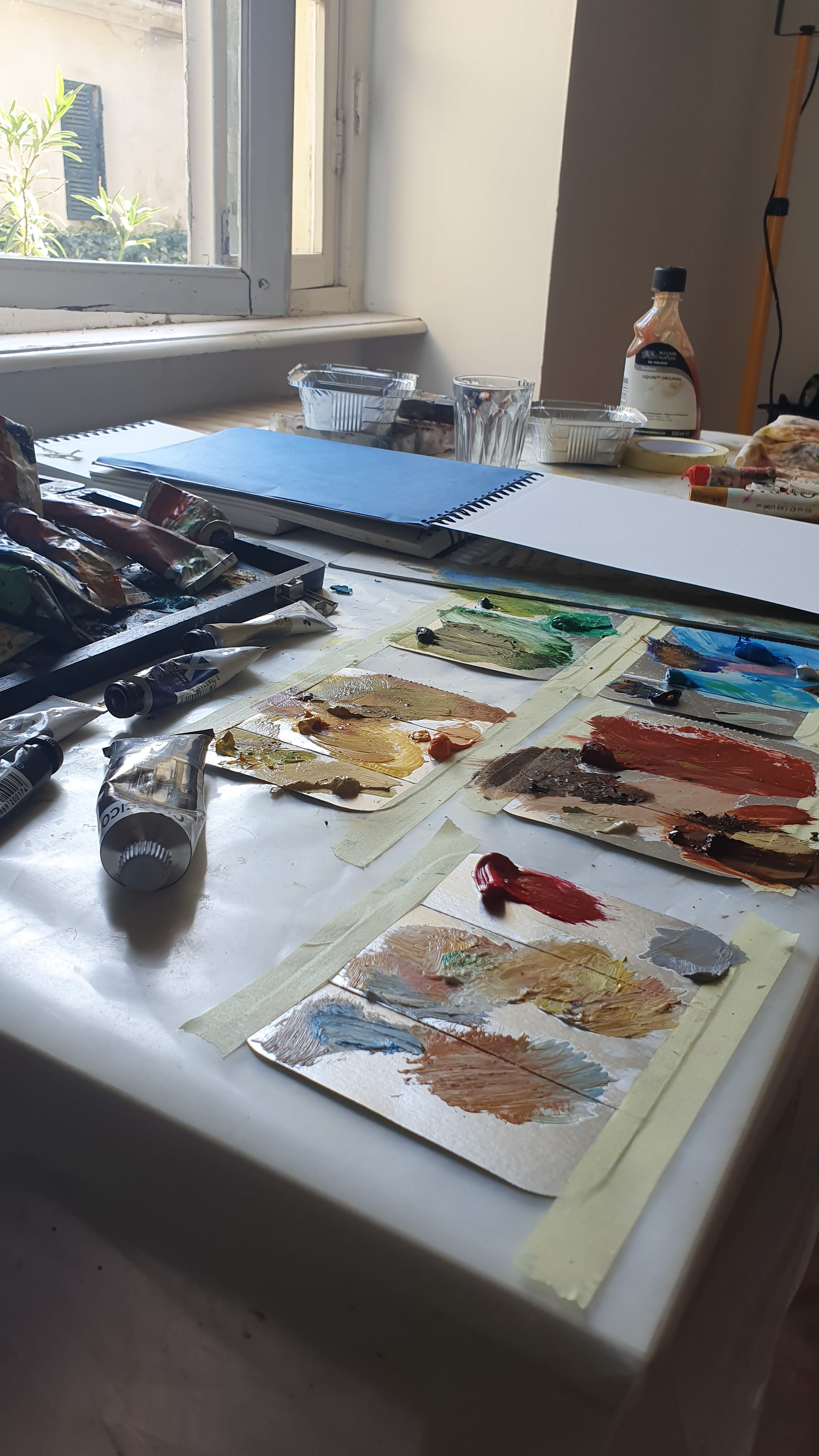 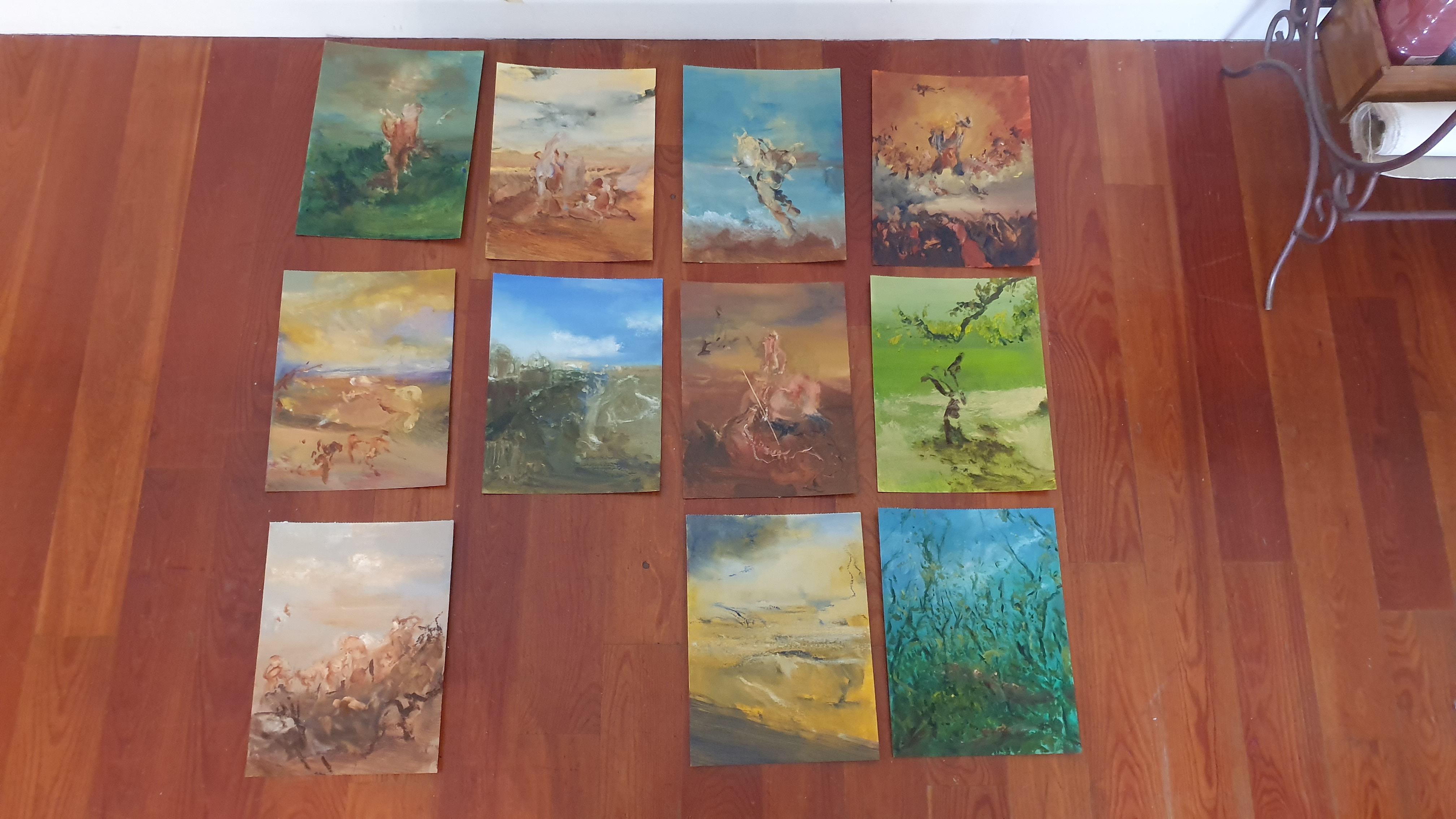