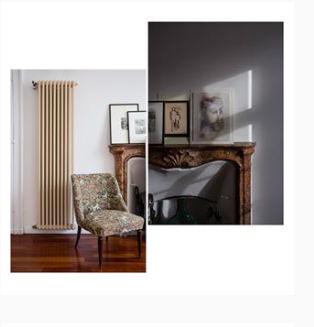 Cristina Cusani, in artis residence at Casa Toesca from 15 to 28 September, is a Neapolitan artist who uses photography as a medium.
She told us about her work “Usually I work on the residue, on the track, on what remains in the passage of time, on the stratification and on the memory. In my research I use photography, which usually has the function of stopping time and keeping the memory, as a means of overturning the concept of time and investigating the truthfulness of memory. In this case I started from this house, where I am and where the concept of memory, the stratification of time, and the passage of all the artists who resided there are very visible, thanks to which I can analyse the relationship between perception and memory. So the reality of what happened in the past and the perception of how this past arrives in the present. ”

After graduating in Communication Sciences at La Sapienza University in Rome, she devoted herself to the study of photography first at the University of the Arts, London College of Communication in London, then at the Outside School in Rome and the Academy of Fine Arts in Naples She exhibits in several group exhibitions including the XI Cairo Prize in Milan. In 2012 she attended the Irregular Laboratory, a two-year master class with Antonio Biasiucci from which the traveling exhibition Epifanie was born, also exhibited during the XIII edition of the Photography – International Festival of Rome and at the SIFest of Savignano sul Rubicone. In 2015 she was invited to the artist residence BoCs Art where she created two works for the Bocs Art Museum in Cosenza. She is a finalist of important awards such as the Francesco Fabbri Prize for Contemporary Arts and a Work for the Castle and becomes part of collections of contemporary art such as Imago Mundi Art and Dimension Fragile of the Vallicelliana Library in Rome. In 2017 she won the Sidicini Prize for Contemporary Art and in 2018 the Residence Prize at the Bevilacqua la Masa Foundation.

In her photographic investigation, she daily uses experiences as a starting point to analyse the meaning of being human, starting from a personal analysis that translates into the expression of universal themes. In her works, fiction and reality meet, meanings change, past and present become one. Using poetic and sometimes metaphorical language, she creates photographs that are readable on several levels and lead the viewer to question themselves, creating in the viewer a reaction in balance between recognition and alienation. Her artistic career is characterized by a great experimentation with photographic techniques, but her research wants to go beyond the medium used and for this reason she begins to broaden her artistic horizons by designing site-specific works / installations.

She currently lives and works between Naples and Rome.