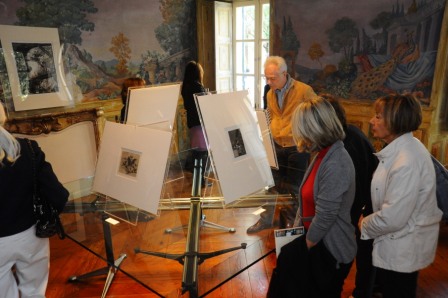 It is certainly a concise survey which show that the most significant aspects of the path that allows the incision to free themselves from mere function of reproduction technique to take fully aware of the expressive potential of the medium. This is thanks to the artists who, over time, have made it an irreplaceable tool and sometimes elective, to express their creativity. The evolution of the proceedings engravers, from the synthesis of linearistic graver chiaroscuro woodcut, etching , techniques ” painting ” of aquatint to achieve lithograph , records the passing of long periods of apprenticeship in favor of freedom of expression. The extraordinary formal possibilities revealed by Rembrandt etching in fact, open the way for artistic experience that will travel the centuries down to our own times, in full freedom and variegated forms. The history of the etching is the history of engraving of signs: the sign of the engraver translates the phenomenal reality, and with the sign of returns, the filter of his sensibility, as other visual languages ​​and more openly expressed. The exhibition opens with big bulinisti sixteenth (Dürer, Luca di Leyda , Hans Sebald Beham ), to arrive, in ‘600, to Rembrandt and his contemporaries, with an interlude of extreme virtuosity dedicated to the graver by Claude Mellan. The eighteenth century is marked the ambience of the sign Veneto (Giovanni Battista Tiepolo and Canaletto), and the pre-Romantic vein of Piranesi. Goya, corrosive and fantastic, is the boundary between the eighteenth and nineteenth centuries open to new stresses and trials , among which stand out the visionary febrile Meryon, innovative tests and Fontanesi Factors in the Italian context and symbolism of Redon and Klinger .

The vigorous engagement “social” incisions Kollwitz seems to anticipate the concerns of the ‘900 as a century of change and of the avant-gard , in the case of German, reappropriate in a new form, of ancient languages, such as the woodcut. The exhibition could not miss very well known figures such as Picasso and Miro’, but must be reported to some presences of the twentieth century Italian, first of all to Morandi, who very inspired pages , where each sign is motion of the intellect, come to rethink the very reasons of ‘ existence and doing etching.

The synthetic view of the last century is completed with the humoral Bartolini, the great and severe xylographer Marangoni and finally Calandri in which it operates technical mastery and lyrical awareness testify to the intimate adherence to a tradition so deeply understood that it becomes a reason for hope and launching new future.