The garden of art 2 – Juan Sanmiguel 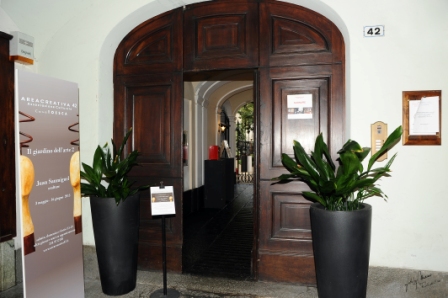 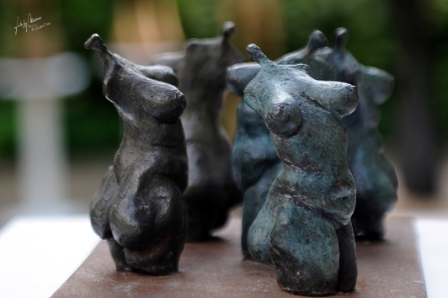 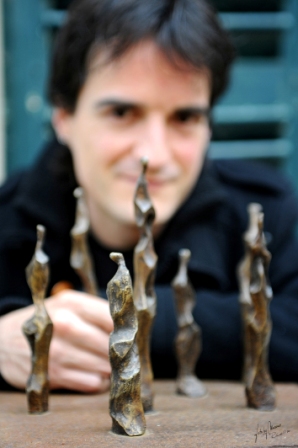 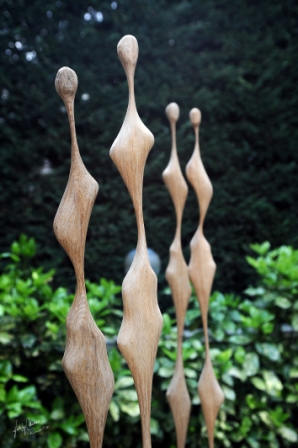 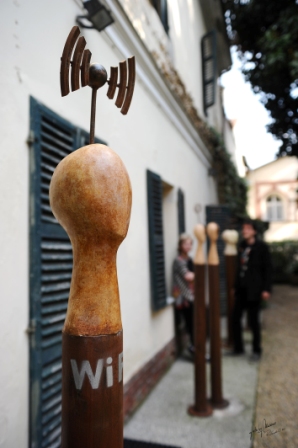 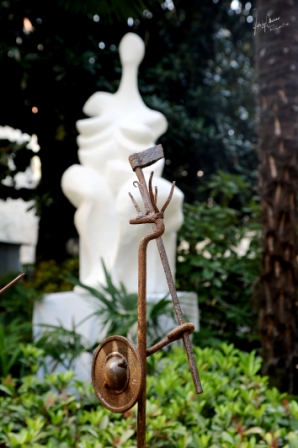 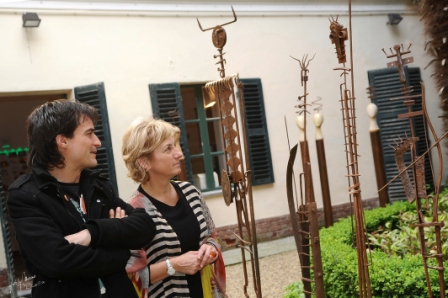 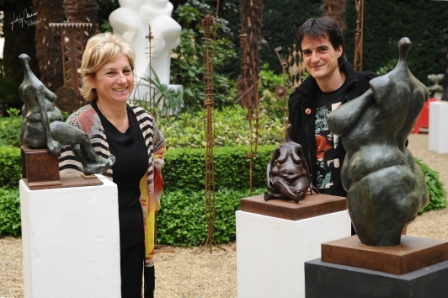 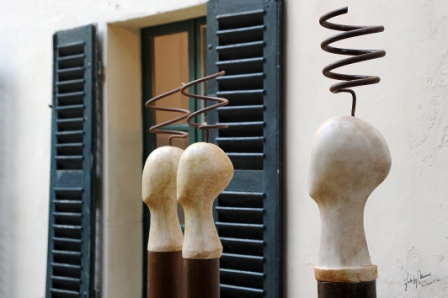 In the historic center of Rivarolo Canavese, Areacreativa42 proposed for the second year “The garden of art.” The young Spanish artist Juan Sanmiguel exposes twenty-five works in bronze, wood, concrete and plaster. Warriors, female figures and totems, which are generated by ancestral techniques, talk to each other in the garden of Casa Toesca while inside the gallery there’s the exhibition of Mail Art .

Juan Sanmiguel began his artistic career as a sculptor in the school of ” Artes y Oficios – La Palma ” in Madrid , but its technical perfection and cultural occurs following through his practical experience in Normandy, with a collective of African artists .
It is this juncture that turns bronze and its realization plastic . Sanmiguel has an African influence in the plasma volume and the deformation of the human anatomy and body . This is the effect of his art as a new primitive aesthetics in creative deformation , which borders on a sense of magic , enchantment materializing the transcendental .
The works of Sanmiguel come alive , showing all the attitudes and postures of movement, in which they move interiority of a specific spatiality of human life in all its facets.

Designed and built between northern Spain and northern Italy , these sculptures are part of the project ” Diosas , guerreros y personajes ” .
I invite you to talk with my works, among them speak a language so strange and fascinating that combines prehistoric art to contemporary .