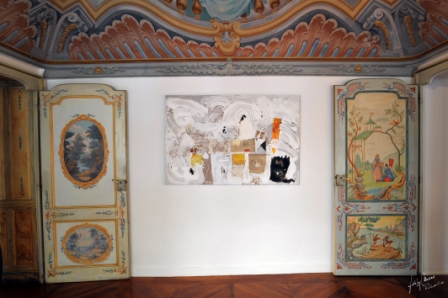 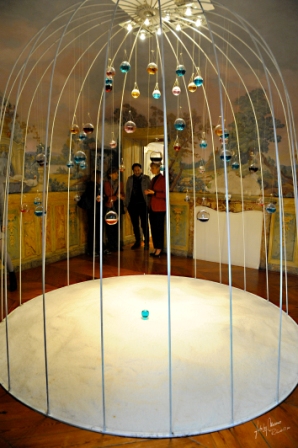 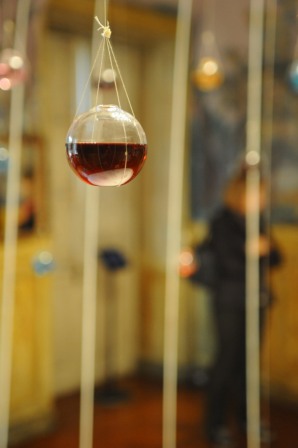 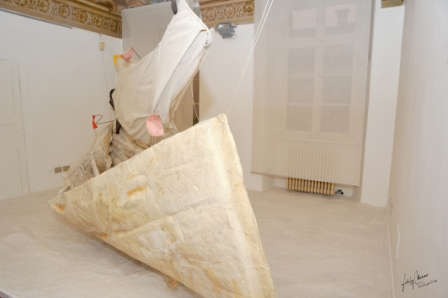 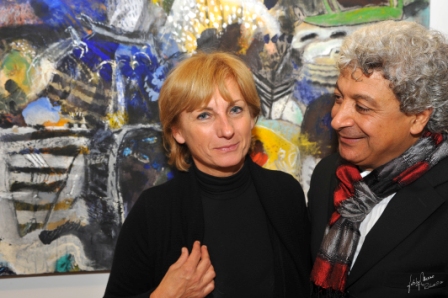 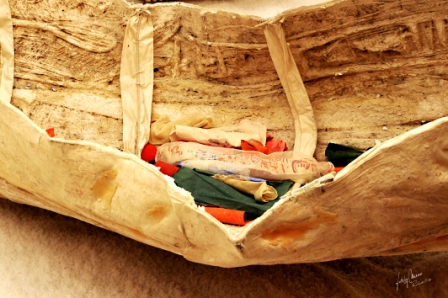 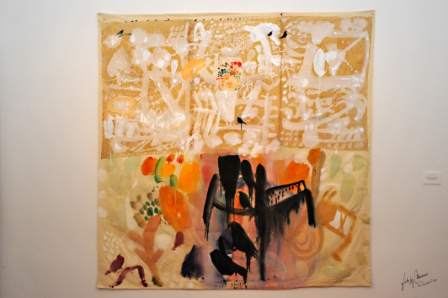 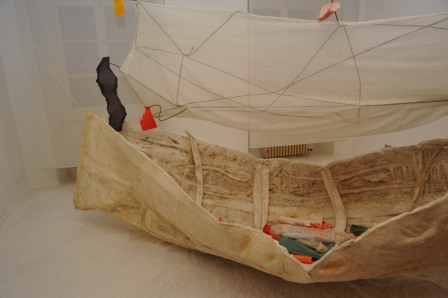 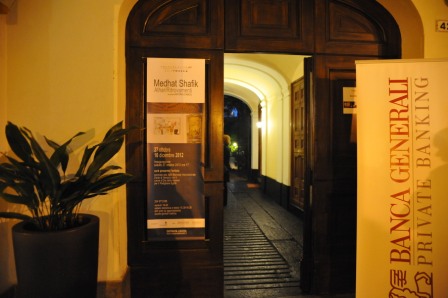 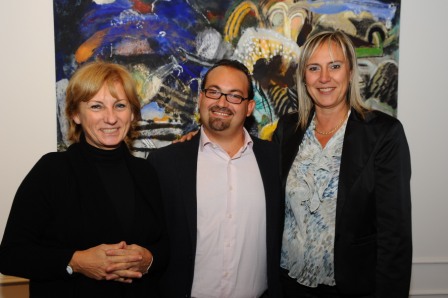 Athar / Finds is the title of the exhibition that Medhat Shafik has redesigned with a new look and a wealth of works of great beauty for Casa Toesca in Rivarolo Canavese, where he landed after stops in Milan and Turin at the Gallery Marcorossi Artecontemporanea and Eventinove . About thirty works are on display, including paintings on canvas, Jutes and colored papers , as well as two large installations that dialogue with the frescoed halls of Casa Toesca regenerated in a relationship in which mysterious and fascinating art tells stories and events visionary .
“Modern man is floating in outer space of non-places, and to find himself , he must recover his emotions …”, as noted Antonio D’Amico in the catalogue text, and in CasaToesca , including the tales of ancient frescoes , the Shafik ‘s works , with their magic silent , find new perspectives that lead the visitor to reflect on life and its hidden details .
“I am a visionary, not a dreamer ,” says Shafik , ” and I regret this . We all dream , but I have no memory of my dreams, maybe because I own a visionary world awake and turned on “. Indeed, vision and imagination of the visitor will come on before the City perfumes , warning that sweet essences capture the soul , as well as think of flying in the cosmos memory mythological , historical and collective , entering the boat . Ulysses suspended in mid-air in a room of Casa Toesca.
Shafik recalls that his “work began as a mental journey: it is an attempt to create dialogue between opposing worlds …”, just like in the stylish and elegant exhibition of Rivarolo Canavese, seventeenth-century mansion set in quiet , devoted to the art and located only 30 km from Turin .
The exhibition will make use of the atelier educational ” north south east west ” conceived and coordinated by Areacreativa42 , which will give children and students an exciting experience the magical world of Athar . Thus, through a guided tour, after having perceived a world capable of penetrating the ego -sensitive , each ” skilled artist “, you’ll experiment and find their own creative sources through a series of manual tasks .

The artist
Medhat Shafik was born in Egypt in 1956 , but since 1976 lives and works in Italy , in collaboration with the Gallery MARCOROSSI Artecontemporanea since its inception in the nineties. Graduated in painting and design at the Academy of Fine Arts of Brera , eighties successfully participated in many national and international art exhibitions , coming to a real consacration , with the participation at the Venice Biennale of 1995, on the occasion of which in the Egypt Pavilion , he was awarded with the Golden Lion of Nations.
In 2010 he took part in the Biennale of Sacred Art Museum Stauros of Isola del Gran Sasso and the Second International Biennial of Sabbioneta . His latest solo show , in 2011, ” ARCHETYPES – The Origins of the Future” was curated by AC Quintavalle and held at the Fondazione Stelline in Milan, in the month of November, a personal , curated by Gloria Bianchini and AC Quitavalle , will be exhibited by the CSAC at the Stables Pilotta Parma .